Are Marijuana & Runner’s Highs the Same? 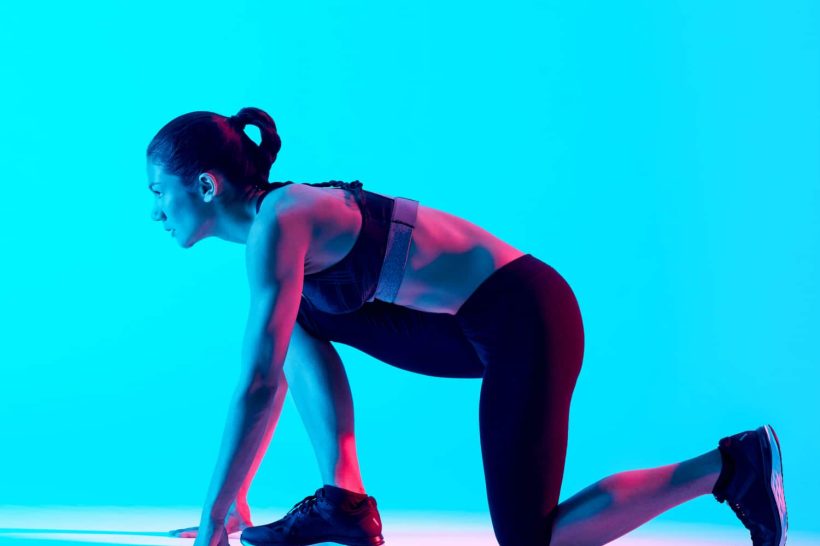 Cannabis enthusiasts can now add one more thing to the list of things the human endocannabinoid system influences: the runner’s high.

If you’re ​also​ an exercise enthusiast, you know the feeling. A runner’s high is that post-workout nirvana breached when you push yourself to the max — and then go past it. It’s a truly euphoric feeling, almost like your body’s little gift to itself for working so hard.

The true but rare runner’s high is a zone that we enter when everything seems to click perfectly, when time stands still, and when we can run almost without effort.

Interestingly, scientists have recently learned that marijuana highs and exercise-induced highs have a lot in common. The range of feelings associated with both sensations is virtually the same — and, as it turns out: the physiological processes that influence both are quite similar, as well!

If you’re thinking, “But wait, I thought my runner’s high was caused by endorphins?!”, you’re not alone.

At one point so did virtually the entire scientific world!

Ever since their discovery in the mid-70s, scientists have been busy implicating endorphins in everything, including pain, anxiety, and euphoria. However, the role of endorphins may have been exaggerated since, at that point, no one had yet discovered the importance of endoc​annabinoids​ (chemical compounds in our body that closely resemble cannabinoids in the marijuana plant).

But nowadays, that bias is fading. As Sports Cardiology BC explains:

This common theory [that endorphins are responsible for a runner’s high] has since been called into question. Although it is true that blood levels of endorphins are higher after exercise, endorphins have large bulky chemical structures that prevent them from passing through the blood-brain barrier to produce an effect on the brain.

Instead, recent studies have investigated a different molecule as being primarily responsible for producing the runner’s high – endocannabinoids. Similar to how an endorphin is the naturally produced version of morphine in the body, an endocannabinoid is the body’s version of cannabis.

Since endocannabinoids are small molecules, they can easily diffuse through the blood-brain barrier to act on cannabinoid brain receptors, the same ones that THC in marijuana binds to, and activate the brain’s reward pathway.

Today, more and more studies are emerging to back this theory up.

A 2015 study titled, “A Runner’s High Depends on Cannabinoid Receptors in Mice​”, was the first to demonstrate that cannabinoid receptors are actually the body’s major vehicle in producing the coveted runner’s high.

As its study authors summarize:

Here, we demonstrate that wheel running increases endocannabinoids and reduces both anxiety and sensation of pain in mice.

We thus show for the first time to our knowledge that cannabinoid receptors are crucial for main aspects of a runner’s high.

Granted, this study was done on mice, not humans. But by manipulating the endocannabinoid and endorphin systems of mice, scientists found that runner’s highs may be more heavily influenced by your body’s natural cannabinoid system than endorphins!

While euphoria cannot be tested in mice (since it’s a subjective experience), this landmark study suggests that a boost in endocannabinoid production is “crucial for two main aspects of a runner’s high [reducing anxiety and pain].”

It’s certainly not a stretch!

A recent study published by ​Frontiers​ in Public Health found:

[The] majority of participants who endorsed using cannabis shortly before/after exercise reported that doing so enhances their enjoyment of and recovery from exercise, and approximately half reported that it increases their motivation to exercise.

And that’s not all. As summarized by Psychology Today, a 2019 study found that:

Endocannabinoids and CB1-type cannabinoid receptors are a key driver behind the motivation to voluntarily seek aerobic exercise in the form of running.

To learn more about how about how athletes are turning to cannabis to boost performance, see: Marijuana May Improve Exercise​.

Runners are catching on…

While we’re obviously cannabis advocates at heart, CannaMD isn’t the only source highlighting the interesting link between runner’s highs and marijuana. ​Runner’s World​ ​recently reported on the same thing! Their take on cannabis also includes some insightful quotes from Dr. Jeff Brown, author of ​The Runner’s Brain:​

Scientists believe the endocannabinoid anandamide has an especially potent ability to lift mood, dull pain, and dilate the blood vessels and bronchial tubes in the lungs […contributing to the] rush of good feelings that lead to the runner’s high.

Though he was uninvolved in the 2015 mice study, Dr. Brown is deeply familiar with the neurological benefits of running, explaining:

It’s almost as if your brain has decided that hard physical labor is the best thing that has ever happened to it. This is incentive for you not only to keep running this time around, but also to come back again real soon for more of those magical feelings.

And, if recent research is right: Your body’s natural cannabinoid system may play an important part in producing those magical feelings — just as it does when you consume marijuana!

Ready to try medical marijuana? Give CannaMD a call at (855) 420-9170 or complete our quick online application. Our board-certified physicians are always here to help!