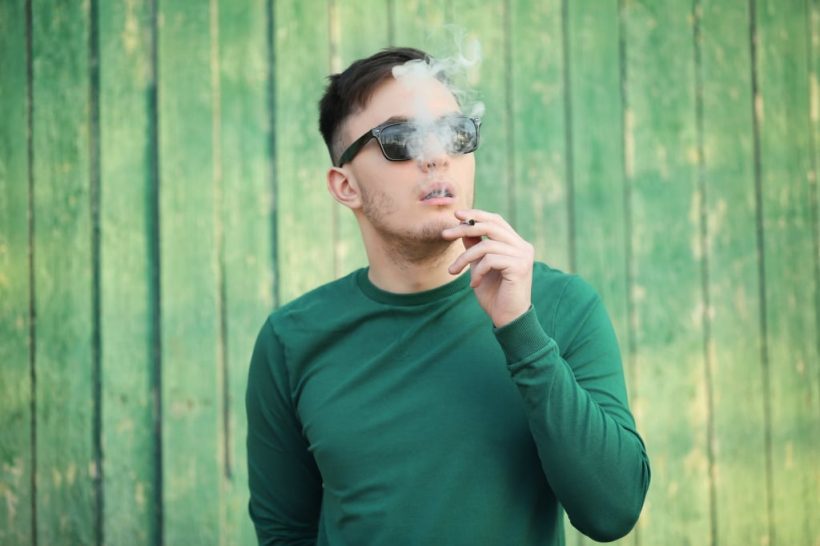 Medical cannabis became legal in Florida in 2016, with the passing of the Florida Medical Marijuana Legalization Initiative, also known as Amendment 2. Rules for use and administration were outlined several months later by Senate Bill 8A.

According to Senate Bill 8A, patients could only consume medical marijuana via oils, sprays, tinctures, and vaping. Edibles were also allowed but, to date, no rules have been developed for their use. (For more information, see: Ways to Take Medical Marijuana.)

To learn how to qualify for smokable medical marijuana, call CannaMD‘s state-licensed, board certified physicians at (855) 420-9170 or fill out an easy application today!

Although the lift on the smoking ban has been an uphill battle, victory was finally had thanks not only to John Morgan and Governor Ron DeSantis, but also many other key policy makers.

Commissioner of Agriculture and Consumer Services, Nikki Fried, has been a very vocal proponent of Senate Bill 182 and stated on signing day:

It’s a triumph owed to the relentless advocacy of Floridians who refused to be silenced.

Our state must not disregard the voice of its people — when the people’s will is nullified by those with authority, liberty cannot survive.

In addition to Fried’s support, State Senator Jeff Brandes is right in rank with the medical marijuana calvary, commenting to the Miami Herald:

What other drug does the government tell you how to ingest? It’s a doctor-patient issue. The government doesn’t insert themselves in there.

All in all, we’ve seen a large supporting cast for the new smoking laws in Florida that include many prominent individuals throughout the state. While there are a number of people to thank for this major legislative achievement, in the end the Florida voters made it all happen through the use of their voice at the polls!

Smoking medical cannabis is officially legal in Florida! On March 18, 2019, Governor DeSantis signed SB 182. The bill was filed at 1:48pm.

After passing the Florida Senate the week before, SB 182 received approval from the Florida House of Representatives on March 13. The bill allows smokable forms of medical marijuana; however, new legislation will not go into effect until the bill is signed by Governor DeSantis.

On January 17, Governor Ron DeSantis hosted a press conference in Winter Park, FL. DeSantis asked legislators to change the law to allow smoking medical marijuana. If it doesn’t by mid-March, he’ll drop the state’s appeal of the earlier court decision that says banning it violates a constitutional amendment.

What the Florida Legislature has done to implement the people’s will has not been done in accordance with what the amendment envisioned. Whether they [patients] have to smoke it or not, who am I to judge that? I want people to be able to have their suffering relieved. I don’t think this law is up to snuff.

On January 8, the 1st District Court of Appeal heard arguments from both sides. The Department of Health claimed that Amendment 2 gives health officials the power to issue regulations and ban smoking. According to Deputy Solicitor General Jordan Pratt:

The amendment does not in any instance guarantee immunity for smoking marijuana.

Do you think that’s key here, that they didn’t knock out all ways of administering… that they left ways open, or could they have decided that all ways are unsafe?

Pratt answered that the law allows for a variety of other methods of consumption and that lawmakers probably would not have been able to ban all types of treatment administration.

Is there harm to the voters writ large, if they’ve gone through the process of amending their Constitution, and the Legislature decides, ‘No, we’re not going to go for that and we’re going to veto what you’ve passed?’

To which Pratt replied that,

[The court’s focus] begins and ends with just one question, which is whether the amendment requires smoking of marijuana. And there’s simply nothing in the amendment that says that.

However, Jon Mills (a former dean of the University of Florida law school who helped craft Amendment 2) argued against Pratt, claiming the ban is in direct conflict with the Florida Constitution:

The Constitution allows doctors to order smokable marijuana for eligible patients, but the law does not.

If you could prevent one method, could you prevent all.

If the constitutional boundaries are set, there are no set of circumstances or facts that justify violating the Florida Constitution.

There is a conflict. It’s irreconcilable. And that really is the end of the story.

Speaking to reporters the same week, Gov. DeSantis said he has “not committed” to upholding the ban:

I think at the end of the day, when the people speak on these things, we want to implement their will. I don’t think that that’s been done fully. So we are going to be taking actions with medical marijuana that are consistent with what I said in the campaign. It was a 72 percent issue, and I have different minds, from different people, about how effective it’s going to be. But at the end of the day those debates are really before the vote happens, and once the vote happens, you’ve got to move on. So we’ll take some actions within a pretty short time.

On November 26, the 1st District Court of Appeal scheduled arguments to be heard January 8, 2019.

[Legislation] permits physicians to certify treatment using medical marijuana – including in a form for smoking – to qualifying patients. That is all [it] does. Nothing less. Nothing more.

However, [the state law] explicitly prohibits the smoking of medical marijuana as a treatment. It is clearly an enactment contrary to [the amendment].

Notably, the Legislature considered evidence of the health hazards of smoking and concluded that smoking marijuana constitutes a harmful delivery method. Time and again during debate, elected members of Florida’s Legislature emphasized that the amendment is exclusively about medicine, and that smoking is antithetical to good medicine.

In considering these health-related factors, the Legislature reasonably determined that the harms caused by smoking – including harms to patients and those exposed to secondhand smoke – were ample reason to exclude smoking from the statutory definition of ‘medical use.’

The Legislature therefore acted under its general authority to regulate public health, safety, and welfare when it drew a reasonable line between the smoking of medical marijuana, and other delivery methods.

On June 26, 2018, the 1st District Court of Appeal issued a one-sentence order rejecting plaintiffs’ request to certify the case to the Florida Supreme Court. The order did not explain any reasoning.

On June 8, 2018, both sides filed responses. Plaintiffs asked that the case be “certified” to the Florida Supreme Court, (effectively bypassing the 1st District Court of Appeal), arguing:

[The ban on smoking marijuana] presents an immediate threat of irreparable injuries to those patients for whom this medical (smoking) treatment is currently prohibited.

Attorneys for the state countered:

[There] are various other forms of medical marijuana presently available and approved (or permitted) … in Florida for qualifying patients. For example, vaping or vaporization of marijuana flower is permitted for medical use, so long as the flower is in a sealed, tamperproof receptacle.

On June 6, 2018, the Florida Department of Health appealed Judge Gievers’s order to lift the stay placed on her medical marijuana smoking verdict.

There is no likelihood of [the State’s] success based on the merits of the defendants.

Devin Galetta, a spokesman for the state Department of Health, argued:

This ruling goes against what the legislature outlined when they wrote and approved Florida’s law to implement the constitutional amendment that was approved by an overwhelmingly bipartisan majority.

Just as no person is above the law, the legislature must heed the constitutional rights Floridians placed in the Constitution in 2016. The conflicting, overreaching 2017 statute, while presumably adopted in good faith and with good intentions, cannot be allowed to overrule the authority of the people to protect rights in the Constitution.

In ’86, I was given three to five years to live and I’m still here.

Jordan said that to treat her disease, she breaks the law and grows the plants in her backyard. She testified that she “can’t do edibles” because they “cause terrible, terrible muscle pain in my stomach” and vaping makes her gag. Smoking, however, increases her appetite, dries her excess saliva, and calms her muscles.

It just makes my life a lot more bearable.

Inhalation is a medically effective and efficient way to deliver tetrahydrocannabinol (THC), and other cannabinoids, to the bloodstream […] By redefining the constitutionally defined term ‘medical use’ to exclude smoking, the Legislature substitutes its medical judgment for that of ‘a licensed Florida physician’ and is in direct conflict with the specifically articulated Constitutional process.

State Representative Ray Rodrigues, who sponsored the bill, said he is confident the law will stand:

If smoking was their intent, [lawmakers] should have declared it.

Wondering if you qualify for medical marijuana treatment? Find out today!