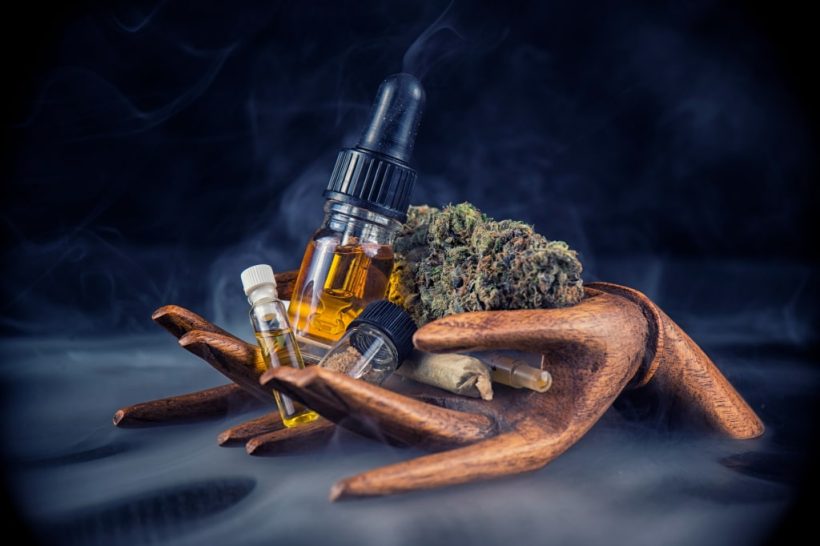 Medical marijuana is an effective treatment for a variety of ailments, ranging from cancer and epilepsy to depression, anxiety, and post-traumatic stress disorder. However, while cannabis (the plant that produces marijuana) has been used for thousands of years, relatively little has been known about how it works – until now.

Researchers recently uncovered a vast network of neurotransmitters and receptors in the body called the endocannabinoid system (ECS). In addition to producing chemicals that play a primary role in human development, the ECS allows the body to make use of two compounds present in the cannabis plant: cannabinoids and terpenes.

Cannabis and the endocannabinoid system

Cannabinoids are specific to cannabis and a handful of other plants; however, cannabis has the highest concentration of any known species. Cannabinoids interact with the ECS by binding to endocannabinoid receptors (CB1, CB2). Terpenes –  plant molecules associated with smell – also work with cannabinoids to create what researchers call the entourage effect: a modulating mechanism between psychoactive and non-psychoactive cannabis compounds.

According to Dr. Raphael Mechoulam, the scientist who first isolated the active compound in medical marijuana, the ECS influences every aspect of the human biological system (including pain, appetite, and cognition). While research is just getting started, early studies suggest cannabis may work through the ECS to stop seizures, reduce tumor size, and remove Alzheimer’s plaque from brain cells.

Fortunately, Florida is on the forefront of the medical marijuana movement – offering relief to over 100,000 patients to date. To find out if you qualify for a medical marijuana certification, fill out an easy application.

While smoking is currently prohibited in Florida, national methods of taking medicinal cannabis are as diverse as marijuana’s therapeutic effects. Below, CannaMD takes a closer look at how patients consume medical marijuana across the country – and how each form of treatment works.

When inhaling cannabis through smoking or vaping, the lungs rapidly absorb cannabinoids and terpenes and transport them into the bloodstream.  This route of administration has the fastest onset of any treatment, with shorter effects.  Inhalation is great for acute relief of pain, as well as neurological and psychological symptoms.

Oral administration has the slowest onset of effects, but longest duration.  Edibles can last up to eight-hours or more, depending on the patient and dosage. (Note: While pills/capsules are allowed, Florida currently prohibits the use of medicinal edibles.)  When taken orally, the active ingredients in cannabis undergo a transformation during digestion. Throughout this process, Δ9-THC is converted into Δ11-Hydroxy THC – which is a stronger, longer lasting version of Δ9-THC. Edible medical marijuana is great for maintaining symptom relief and for very severe pain.

Sublingual is a reference to anything administered under the tongue where the sublingual gland is located.  This route of administration has a fast onset – close to that of inhalation – with a longer duration of effects. Normally, these preparations are made with a carrier such as medium-chain triglycerides (MCT) oil or vegetable glycerin.  Tinctures based with food-grade alcohol are also a popular choice.

A fairly new method, topical formulas such as pain patches, creams, and sprays have a fast onset of symptom relief and moderate duration of effects (depending on formula strength and carrier compounds, which affect absorption rate through the skin.) Note: Cannabis is not easily absorbed through the skin without some form of carrier.

Cannabis suppositories for vaginal and rectal use have proven to be quite effective.  The bioavailability of cannabinoids and terpenes is much higher than any other method of administration. Onset of symptom relief is fast, while duration is long.  The amount of active ingredients absorbed is typically two to three times that of oral administration.

As new research adds to the established efficacy of medical marijuana, preferred treatment methods are likely to evolve. At CannaMD, we’re anxious to hear firsthand from patients – both in and outside of Florida:

Let us know in the comments below!