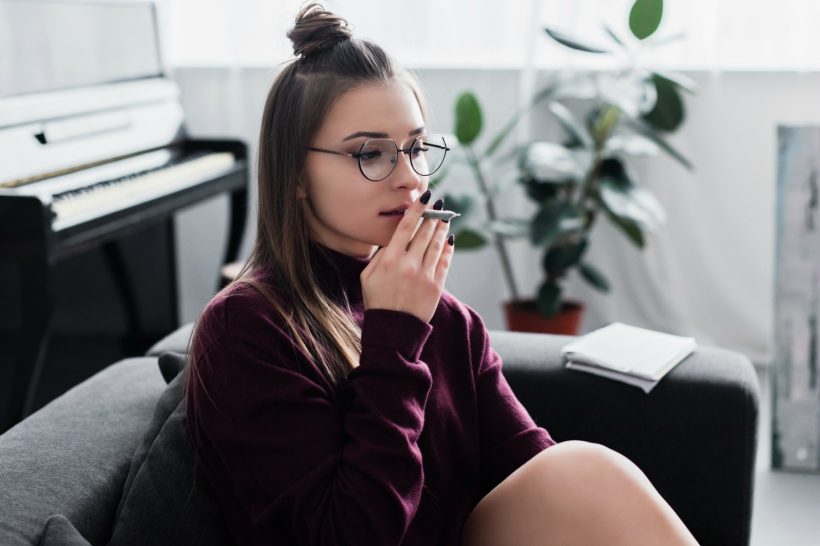 While countless studies have proven medical marijuana to be an effective treatment for a variety of conditions (ranging from cancer and Crohn’s disease to anxiety and PTSD), patients remain confused about the risks and benefits of different modalities, or methods of using cannabis products.

Today we take a look at one of the most hotly contested routes of marijuana administration: Smoking.

What does science have to say? Does smoking medical marijuana really help?

As Florida’s leading medical marijuana physicians, we’ve rounded up some of the best peer-reviewed research available to answer those very questions. Read on to learn more!

The following studies were curated for their focus on and/or conclusions highlighting the effects of smoked marijuana. Original studies are linked for each excerpt. To learn more, please visit our full list of medical marijuana research studies.

For questions about qualifying for medical marijuana, please give us a call at 1 (855) 420-9170 or fill out an application today!

STUDY:  A naturalistic examination of the perceived effects of cannabis on negative affect

FINDING: Using a patient reporting app, scientists analyzed 11,953 tracked inhalation sessions and found that medical marijuana users perceived a 50% reduction in depression and a 58% reduction in anxiety and stress following cannabis use. Two puffs were sufficient to reduce ratings of depression and anxiety, while 10+ puffs produced the greatest perceived reductions in stress. High CBD (>9.5%)/low THC (<5.5%) cannabis was associated with the largest changes in depression ratings, while high CBD (>11%)/high THC (>26.5%) cannabis produced the largest perceived changes in stress.

FINDING: Scientists randomly assigned Crohn’s disease patients who didn’t respond to other treatments (including steroids, immunomodulators, and anti-tumor necrosis factor-α agents) to smoke either marijuana cigarettes with delta-9-tetrahydrocannabinol (THC) or without (the latter serving as the placebo group). Results showed that “complete remission (CDAI score <150) was achieved by 5 of 11 subjects in the cannabis group and 1 of 10 in the placebo group.” A clinical response (decrease in CDAI score of >100) was observed in 10 of 11 subjects in the cannabis group and only 4 of 10 in the placebo group. Three patients in the marijuana group were weaned from steroid dependency. Subjects receiving cannabis reported improved appetite and sleep, with no significant side effects.

STUDY:  Marijuana smoking and markers of testicular function among men from a fertility centre

FINDING: After analyzing over 1,100 unique semen samples, scientists found that men who reported they had “ever smoked marijuana” had a significantly higher concentration of sperm cells (approximately 40% more sperm per milliliter of semen). The study also found that those who smoked marijuana more often had testosterone levels an average of eight nanograms per deciliter higher than those who smoked less often.

FINDING: In one of the first ever studies on marijuana and glaucoma, researchers reported a 25-30% intraocular pressure (IOP) lowering effect of smoking marijuana in a small group of subjects. According to the American Glaucoma Society: “It has been definitively demonstrated, and widely appreciated, that smoking marijuana lowers IOP in both normal individuals and in those with glaucoma, and therefore might be a treatment for glaucoma.”

STUDY:  Patterns of marijuana use among patients with HIV/AIDS followed in a public health care setting

FINDING: Examining the prevalence and patterns of smoked marijuana and perceived benefits among HIV patients in a public health care setting, researchers found that a “substantial percentage of cannabis users viewed it as beneficial for relief of symptoms commonly associated with HIV/AIDS.” Relief from anxiety and depression were among the most frequently reported reasons for smoking cannabis, followed by appetite stimulation and relief of nausea. As the study authors note: “This finding is particularly relevant to issues of antiretroviral (ART) medication adherence. Nausea and anorexia are frequently cited as reasons for delayed or missed doses and discontinuation of ART.”

STUDY:  Effects of medical marijuana on migraine headache frequency in an adult population

FINDING: This retrospective chart review of 121 medical marijuana migraine patients found that most patients used more than one form of marijuana and that 39.7% experienced positive effects (the most common being decreased frequency of migraines and aborted migraine headaches). Patients who used marijuana experienced 5.8 less migraine days a month. According to researchers, inhaled forms of marijuana were commonly used for acute migraine treatment and were reported to abort migraine headaches.

STUDY:  The perceived effects of smoked cannabis on patients with multiple sclerosis

FINDING: After administering standardized doses of smoked marijuana using a uniform puff and breath-hold procedure, researchers found that a “linear analgesic [pain relief] dose response for… cannabis substantiated previous empirical reports of pain relief.” The study authors concluded that marijuana reduced pain intensity and unpleasantness equally, meaning that (like opioids) cannabis does not rely on a relaxing or tranquilizing effect, but rather “reduces both the core component of nociception and the emotional aspect of the pain experience to an equal degree.”

FINDING: As summarized by the National Cancer Institute, this five-patient case series of inhaled marijuana examined analgesic effects in chronic pain and found that patients who self-administered cannabis had improved mood, improved sense of well-being, and less anxiety.

STUDY:  Survey on cannabis use in Parkinson’s disease: Subjective improvement of motor symptoms

FINDING: Researchers found that smoking marijuana produced a “statistically significant” improvement in tremor, rigidity, and bradykinesia, as well as improvement in sleep and pain scores in 22 Parkinson’s disease patients.

With convenient locations across the state, we’re always available to help when you need us!

To find out if you qualify for medical marijuana treatment, please give us a call at 1 (855) 420-9170 or fill out an easy application today!