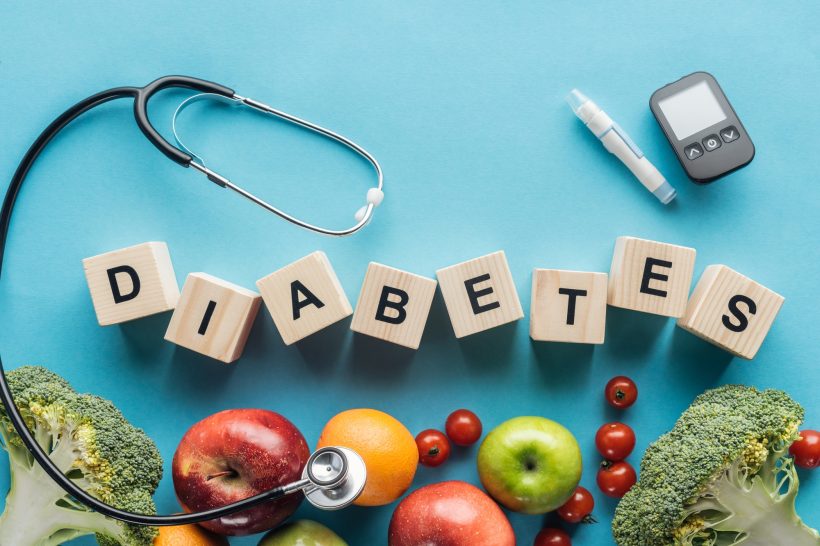 Medical cannabis may be a beneficial tool in treating and preventing diabetes, according to research published in the American Journal of Pathology.

These findings may seem counterintuitive, given marijuana’s reputation for being an appetite stimulant. However, several prior studies have demonstrated the link between cannabis and lower body fat and lower risk of diabetes.

How does cannabis and the endocannabinoid system relate to diabetes? CannaMD explores this topic in today’s post!

Diabetes is a disease that affects the way the body converts food into energy. Insulin is needed to transport blood sugar, called glucose, from the bloodstream into cells where it is used as fuel.

People with diabetes don’t make enough insulin in their bodies, or their bodies cannot effectively use the insulin that is produced. When this happens, too much sugar stays in the bloodstream. Over time, this can cause severe health problems like kidney disease, vision loss, and heart disease.

According to the Centers for Disease Control and Prevention (CDC), the number of adults with diabetes has doubled over the past twenty years. Currently, there are 37.3 million people in the United States with diabetes — making up 11.3% of the population. The CDC reports diabetes as the seventh leading cause of death and the number one cause of adult blindness, lower-limb amputations, and kidney failure.

With no known cure, and with such a large portion of the U.S. population being at risk of developing serious health problems from diabetes, it is essential for scientists to work toward effective treatment methods that can help people better manage their condition.

Previously, it was thought that the CB1 receptor was predominantly expressed in the central nervous system, mediating undesirable psychoactive effects, whereas the CB2 receptor was expressed mainly in immune and hematopoietic cells, modulating immune activities.

However, recent studies also have demonstrated the expression of these receptors in various other cell types, both centrally and in the peripheral organs, implicating these receptors in a wide range of physiologic and pathologic functions and activities.

After conducting a thorough review of the literature, researchers found that inhibiting CB1 receptors of the endocannabinoid system may effectively reduce obesity and metabolic syndrome. They also found that CB2 activation may help reduce inflammation and oxidative stress caused by diabetes and diabetes complications.

The authors of the study concluded:

Although there is much controversy in the field of endocannabinoid system (ECS) research, experimental evidence and clinical trials have clearly shown that ECS plays a key role in the development of primary diabetes and various diabetic complications.

Another cross-sectional study published in the British Medical Journal found similar results after analyzing data from the National Health and Nutrition Examination Survey (NHANES) III. The researchers compared marijuana users against non-users to assess the association between diabetes and cannabis use.

In a robust multivariate model controlling for socio-demographic factors, laboratory values and comorbidity, the lower odds of diabetes mellitus among marijuana users was significant.

The authors went on to conclude:

Marijuana use was independently associated with a lower prevalence of diabetes mellitus.

Medical Marijuana as a Diabetes Drug

Marijuana has a reputation as an appetite stimulant that can cause “the munchies.” This reputation often causes the assumption that cannabis can lead to weight gain and obesity. However, recent studies have indicated that smoking cannabis may be a beneficial tool for controlling blood sugar and maintaining a healthy weight.

According to a release published by Time detailing a study that followed 4,600 people participating in the National Health and Nutrition Examination Survey between 2005 and 2010, marijuana users had fasting insulin levels that were 16% lower than non-users. They also had 17% less insulin resistance than non-users. Further, marijuana users were generally slimmer, with an average waistline that was 1.5 inches less in circumference than people who had never used cannabis.

Time quoted the lead author of the study as saying:

The most important finding is that current users of marijuana appeared to have better carbohydrate metabolism than nonusers.

The author went on to conclude the following about marijuana users:

Their fasting insulin levels were lower, and they appeared to be less resistant to the insulin produced by their body to maintain a normal blood-sugar level.

Given that a higher body fat percentage and insulin resistance are key risk factors for developing type 2 diabetes, the results of this study indicate that cannabis could be effective in reducing diabetes risk.

Researchers have yet to fully understand the correlations between marijuana use and lower risks of diabetes and obesity, but the science looks promising. With more thorough research on the subject, we may find that medical marijuana can be a key player when it comes to managing and preventing diabetes!

CannaMD has a network of medical marijuana doctors across the state of Florida who can help you decide if medical marijuana is right for you. Give us a call at (855) 420-9170 or fill out our simple online form to get started today!