Marijuana Legalization May Decrease Crime in Nearby States 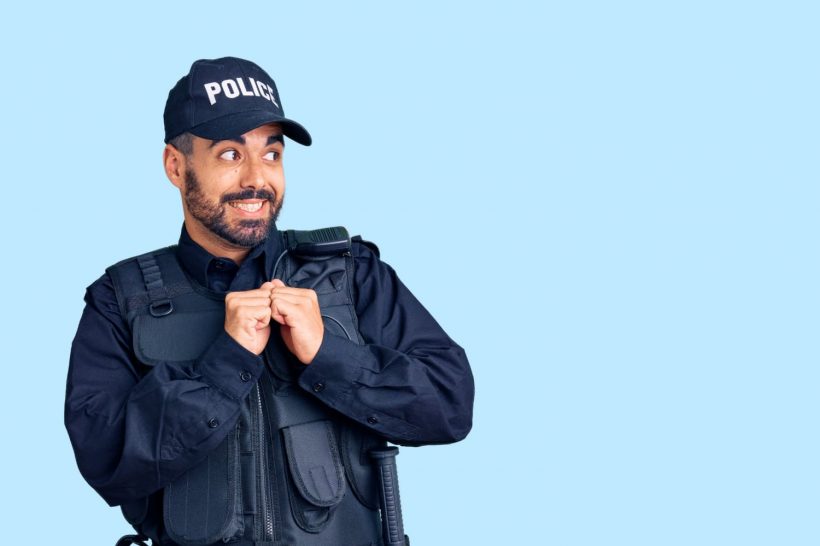 Law enforcement, policy makers, and public citizens have long debated how recreational marijuana legalization influences crime and public safety. The evidence available today is mixed, with some studies – including those published by the Journal of Primary Prevention and Justice Quarterly – finding increases in crime post legalization and others – featured by the Journal of Economic Behavior & Organization, The B.E. Journal of Economic Analysis & Policy, and PLOS One – discovering a buffer effect and decreased crime rates. Most existing research focuses on crime in legalized states.

But how does cannabis legalization impact crime in neighboring states? Does it lead to decreased crime thanks to a reduction in the marijuana black market? Or does it cause an increase in crime as supporters of the gateway drug hypothesis propose?

A recent peer-reviewed article published in the Journal of Drug Issues sought to provide quantitative data on the spillover effect, a term used to describe the influence of legalized marijuana on neighboring states. The results suggest that legalization does not feed crime, but instead decreases it.

IMPACT OF CANNABIS LEGALIZATION ON CRIME IN BORDERING STATES

It’s no secret that people cross into states like Colorado and Washington, where marijuana is legal, from states where it isn’t to buy safe and affordable cannabis. Data tells us that more arrests for marijuana trafficking and possession occur after marijuana legalization in neighboring states, concentrated at the bordering counties.

But what about the impact of marijuana legalization on other types of crimes in these states? Does access to marijuana result in an increase in violent crimes over state lines, or does it lessen crime and bolster public safety? Understanding the answer to this question can help law enforcement and policy makers know what actions to take as marijuana legalization continues to spread across the United States.

Until recently, there were no large studies examining this effect. Researchers Francis D. Boateng from the University of Mississippi and Guangzhen Wu from the University of Utah teamed up with statistician Thomas Roney to find out if the spillover effect has a positive or negative influence on public safety.

To figure out how cannabis legalization influences crime in neighboring states, the researchers gathered before-and-after legalization crime data from 2003 to 2017 in states that bordered Colorado and Washington — the two states that first legalized recreational marijuana in 2012.

After compiling and analyzing the data, here’s what the researchers found:

The results revealed that, although there were no significant changes in crime rates for different types of crimes in the Washington region, the rates of property crime, larceny, and simple assault (in the case when Utah was not examined) substantially decreased in the border counties of the Colorado region (consisting of six neighboring states), providing some evidence of crime-reducing effects of marijuana legalization.

Larceny, property crime, and assault are the types of violent crimes that legalization opponents worry will increase when people have access to legal marijuana. This data suggests a buffering effect of legalization on crime in neighboring areas, rather than a crime-inducing effect.

And the scale of decreased crime was impressive. As the researchers note:

So, what happened in Washington? The crime rates had a downward trend that did not reach significance. It’s important to note that the Washington data was more limited than the Colorado data. Compared with the six states that border Colorado, only two — Oregon and Idaho — border Washington. Additionally, recreational cannabis was legalized just two years later in Oregon, limiting the length of time and quantity of data that the researchers had to examine.

WHY DOES MARIJUANA LEGALIZATION DECREASE CRIME?

There is probably no one reason why crime rates decreased in neighboring counties following Colorado’s recreational cannabis legalization in 2012. The authors of this study noted three explanations offered by scholars regarding the possible ways in which marijuana legalization may decrease crime.

When states legalize marijuana, the neighboring states tend to increase law enforcement in the areas that border the newly legalized state. While the law enforcement increase is typically enacted to deter marijuana trafficking and illegal use, it may also have the effect of dampening violent crimes like larceny and property crime.

Some experts believe that access to legal cannabis may reduce alcohol consumption. The idea is that some people would choose marijuana instead of alcohol. As alcohol is linked to aggressive and criminal behavior, this replacement could lessen crime. According to the researchers:

In reviewing the changes in patterns of drug use after legalization, scholars have observed that cannabis is more likely to serve as a substitute for alcohol […] which may reduce crime given the well-documented connection between alcohol use and criminal involvement.

Other scholars speculate that legalizing marijuana stunts the marijuana black market, which may decrease violent crimes associated with illegal drug trade. One example would be crimes linked to the sale of illegal marijuana. As summarized by the study authors:

Available data also suggest that it is true that the retail price of cannabis decreased sharply in Washington after retail sales were legalized… the availability of more affordable cannabis would arguably reduce individuals’ motivation to resort to predatory crime to support their drug use.

Are you wondering if you qualify for medical marijuana? Download our free e-book today to learn more!

Would you rather talk to someone? Give us a call at (855) 420-9170 to speak with one of our certified medical marijuana doctors. They can help answer any questions you may have about obtaining your medical marijuana card!