How Do Florida Police Test for Marijuana? 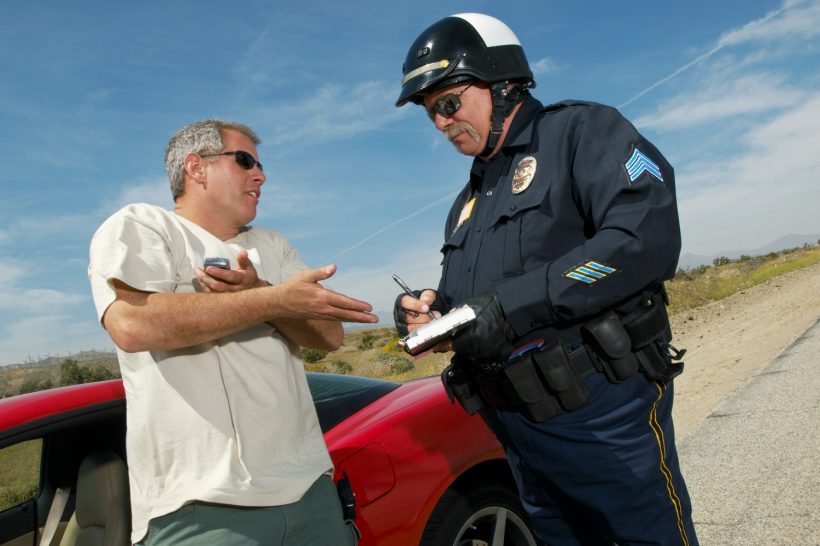 No one wants to get pulled over and charged with driving under the influence after using their legally purchased medical cannabis; however, as police point out, a medical marijuana card isn’t a “free pass” to drive impaired.

Knowing this, many medical cannabis patients are left wondering:

How exactly do Florida police test for marijuana?

CAN I DRIVE WITH MEDICAL MARIJUANA?

Remember: It is still illegal to be under the influence of marijuana while driving.

Florida’s Senate Bill 8A goes into further detail on where you can and cannot use medical marijuana, stating that use and administration is restricted:

Categories with an asterisk (*) contain a slight exception: Low-THC cannabis use permitted.

Low-THC cannabis is defined as:

A plant of the genus Cannabis, the dried flowers of which contain .8 percent or less of tetrahydrocannabinol (THC) and more than 10 percent of cannabidiol (CBD) weight for weight.

As an important note: Tetrahydrocannabinol (THC) – the psychoactive compound in marijuana – is only measurable within the first 2 hours of consuming marijuana, while the psychomotor effects may last 8 hours or more.

In a 2017 report prepared for Congress, the National Highway Traffic Safety Administration explains:

THC is fat soluble. This means that once ingested, THC is stored in fatty tissues in the body and can be released back into the blood sometimes long after ingestion.

Thus, while THC can be detected in the blood long after ingestion, the acute psychoactive effects of marijuana ingestion last for mere hours, not days or weeks.

Also, unlike alcohol, which is metabolized at a steady rate, the metabolism of THC occurs in a different fashion such that THC blood levels decline exponentially.

Some studies have reported a fairly wide variability that is affected by the means of ingestion (smoking, oil, and edibles), potency, and user characteristics.

Currently there are no available roadside tests, like a breathalyzer, that police officers can use to determine if you’ve been using marijuana. Obtaining a warrant and taking drivers back to the station for a urine or blood test is also problematic, as traces of THC can still be detected even weeks after use.

Generally, prosecution on a drug-impaired driving offense will include evidence that the driver had used a specific potentially impairing drug, and that an observed impairment likely resulted from that drug use.

It is difficult, though not impossible, to obtain a conviction for drug-impaired driving without evidence of drug use by the suspect. For example, a suspect may refuse to provide a specimen for testing and/or the officer may be unable to obtain a search warrant in a timely fashion.

Evidence of drug use is typically obtained by the investigating law enforcement officer (physical evidence, odor of marijuana use, etc.), but most often comes from forensic testing conducted in a laboratory of a biological specimen taken from the suspect. Laboratory testing of biological specimens can be time consuming and expensive.

Until a reliable roadside test is created, police officers are left to rely on their own observation skills and judgement to determine whether marijuana use has caused impairment.

You can imagine how officers relying on these signs alone could lead to problems!

Due to the ambiguity of these signs, observing officers are required to show up in court and testify if they charge individuals with impaired driving. However, this process will likely change in the near future as saliva tests and a marijuana breathalyzer are both on the horizon.

Michigan state police recently completed a year-long pilot program to evaluate the accuracy potential of a roadside saliva test. The results of their program were promising, although they weren’t ultimately successful. Testing was halted following 74 false positive results.

Initial testing also highlighted the difficulty in determining the degree of impairment in those who do test positive for marijuana.

Due to a variety of factors, not everyone reacts the same when using cannabis. For example, a seasoned patient who has developed a high tolerance for marijuana treatment might show zero signs of impairment, whereas a new patient may be unable to execute performance tasks after consuming a similar dose.

University of Pittsburgh scientists are currently working on a breathalyzer to measure just how much THC drivers have consumed. Using carbon nanotubes, measuring fractions of a human hair, the breathalyzer’s sensors can reportedly detect THC as accurately, or even more accurately, than the current “gold standard” analytic process mass spectrometry.

Unfortunately, the University of Pittsburgh device isn’t ready for field testing and will need to undergo substantial lab testing before being used by police.

As with saliva testing, another major issue will have to be resolved. As lead researcher, Alexander Starr, points out:

Right now, unlike alcohol, no standard for THC intoxication exists or is written in any state driving laws.

HOW MUCH THC IS TOO MUCH?

According to a review of scientific studies on marijuana use and driving, published by the Journal of Medical Toxicology:

One review on the impairment of driving-related skills by alcohol or cannabis suggested a serum THC concentration of 7–10 ng/ml is equivalent to a blood alcohol concentration of 0.05 g/dL, the legal cutoff for many European countries.

However, as researchers were quick to highlight:

While this concentration may seem reasonable as a “legal limit,”  the pharmacokinetics of THC would [then] suggest any serum concentration of THC could be considered indicative of intoxication.

Investigators have also tried to develop a THC limit for impairment by measuring performance skills related to driving. Initial work suggests that 2-5 ng/mL serum THC could be a potential standard for measured impairment. Increasing THC concentration above that amount results in considerable (non-driving) coordination/performance problems:

At concentrations between 5 and 10 ng/ml approximately 75-90% of the observations were indicative of significant impairment in every performance test.

Unfortunately, as researchers point out, the rapid rise and decline in serum THC makes it difficult to use as a marker of intoxication in the setting of real world driving.

An undetectable THC concentration does not similarly rule out impairment.

While fewer studies have examined the relationship between THC blood levels and degree of impairment [than alcohol related studies], in those studies that have been conducted the consistent finding is that the level of THC in the blood and the degree of impairment do not appear to be closely related.

Thus, in contrast to the situation with alcohol, someone can show little or no impairment at a THC level at which someone else may show a greater degree of impairment.

DOES MARIJUANA USE ACTUALLY IMPAIR DRIVING?

Studies measuring the psychomotor effects of marijuana have generally concluded that THC has a negative impact on coordination, visual function, and attention.

Driving simulation studies, however, have had mixed results.

Translation? Tests have shown that marijuana use can impair coordination and function in general, day-to-day life; however, impairment has not yet been specifically demonstrated when it comes to driving.

In fact, as explained by the same scientists:

Conviction on a Driving Under the Influence of Drugs (DUID) charge, or evidence that marijuana played a role in a crash, typically requires evidence that the driver was impaired by marijuana at the time of arrest or the crash.

Traditionally, measurement of marijuana use by drivers has involved testing biological specimens for the presence of THC (typically blood samples, though urine and other substance have been used). As was stated previously, this testing can take days, weeks, or months before the results are available to law enforcement. The tests take a few hours or less to conduct, but large backlogs in many state laboratories conducting the testing can result in long delays before results are available.

Such tests not only indicate whether THC was present in the sample tested, they also quantify the concentration or amount of THC detected. These toxicological tests confirm presence of THC but they do not indicate driver impairment or necessarily indicate recent marijuana use (when the THC levels are low).

Until recently, the lingering smell of marijuana has often been misconstrued as a sure sign of impairment. Fortunately, times are changing.

The odor of marijuana, by itself, is no longer probable cause for a search [in Palm Beach County]. This is true whether the odor is detected by an officer, or by a dog.

State Attorney Jack Campbell also wrote a letter to law enforcement agencies in his jurisdiction announcing that he will not authorize search warrants in cases where officers or police dogs smell marijuana because it could easily be hemp.

Patients are hopeful this policy will soon extend to the rest of the state; however, it’s important to note that, as of publication, this policy shift has not been implemented everywhere.

Pursuant to Florida Statute 381.987, the Department of Health only allows access to confidential and exempt information in the Medical Marijuana Use Registry to law enforcement agencies that are investigating a violation of law regarding marijuana in which the subject of the investigation claims a medical marijuana exception.

To learn more, see: Are My Medical Marijuana Records Private?.

GETTING STARTED WITH MEDICAL MARIJUANA