Driving with Medical Marijuana in Florida 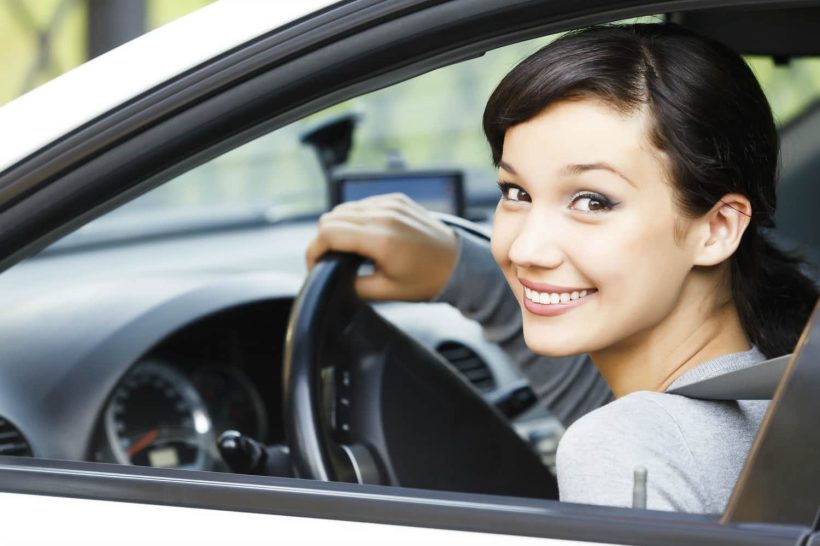 Now that medical marijuana is legal in the state of Florida, thousands of residents have been able to find relief from a variety of medical conditions. However, given that recreational marijuana is still illegal in Florida and all forms of marijuana remain prohibited at the federal level, Florida residents have a lot of questions about the regulations surrounding treatment.

In fact, researchers at the Florida Survey Research Center at the University of Florida worked with the Florida Department of Highway Safety and Motor Vehicles to survey 693 Florida residents about their awareness of and opinions about marijuana-impaired driving. Over one-third of respondents admitted that they were “not at all knowledgeable” about legal issues related to marijuana use and driving. About half of the respondents claimed to be “somewhat knowledgeable.”

Unfortunately, having only some knowledge on the subject is not enough to make safe decisions about medical marijuana and driving. That’s why CannaMD has organized everything you need to know about driving with medical marijuana in Florida!

Medical marijuana became legal in the state of Florida with the passage of Amendment 2, which garnered support from over 71% of voters in 2016. Shortly afterwards, Senate Bill 8A was passed, which defined many of the regulations that pertain to the use of medical marijuana. These laws describe the conditions that can qualify a patient for medical marijuana treatment, as well as the process that must be completed before a patient can begin treatment.

(If you would like to learn more about the process of getting started with medical marijuana, our free e-book is also full of helpful information!)

Are You Allowed to Drive with Medical Marijuana?

According to Senate Bill 8A, medical marijuana use and/or administration is strictly prohibited in the following places:

Can I Drive with Medical Marijuana Between States?

From a legal perspective, it’s very cut and dried. In practice, however, it’s very ambiguous. In practice, the chances of feds or the DEA sitting at the border waiting to catch someone – that’s just not happening. It’s not practical or worth their time.

The best law enforcement encounter is the encounter that never occurs.

For more details, see: Can I Use My Medical Marijuana in States Where It’s Not Legal?.

As with any medical treatment, privacy of medical marijuana records is a priority among patients. Since patients have to be added to the Medical Marijuana Use Registry, there is often concern regarding who can access this information. According to the Office of Medical Marijuana Use, police can only access the registry if they are are investigating a violation of law regarding marijuana in which the subject of the investigation claims an exception (the exception being that the subject is a registered medical marijuana patient):

Pursuant to s. 381.987, F.S. the department allows access to confidential and exempt information in the Medical Marijuana Use Registry to law enforcement agencies that are investigating a violation of law regarding marijuana in which the subject of the investigation claims an exception established under s. 381.986, F.S.

This essentially means that the police are only able to access the Medical Marijuana Use Registry to confirm that you are a registered patient. This may be necessary in the event that you are found in possession of medical marijuana products.

Probable Cause for Marijuana Searches

If you are driving with medical marijuana products, it is important to understand the laws that give police the right to search your vehicle. The Florida Highway Patrol Policy Manual outlines the rights of police members and the person they are interacting with. Importantly, Article I, Section 12 of the Florida Constitution protects persons and places from unreasonable searches and seizures.

However, with probable cause, police officers do have the right to search your vehicle:

A fair probability that the evidence will be found, based on an objective assessment of the totality of the circumstances, viewed in light of the member’s training and experience. It means there is a reasonable basis for believing that a crime has been or is being committed, and showing that the items to be seized are at the place to be searched.

A police officer may also take action if medical marijuana products are in plain view. The policy manual states that:

Plain view is defined as “observation of evidence of a crime or contraband, without searching, from a location where the member has a lawful right to be.”

Without probable cause or having medical marijuana in plain sight, police officers may also search your person or your vehicle if you give them permission:

Members may also search a person or a person’s property, including a vehicle, when that person orally gives that member permission to do so. For a person to consent to a search of a vehicle or other property, the person must own the property or have sufficient control of the property to authorize the search, such as the driver of a vehicle. This consent must be voluntary.

Specific consent to search the trunk of a vehicle or a locked container should be obtained.

Currently, there is no roadside test or technology that can prove that you are driving under the influence of medical marijuana. Testing for THC in the body cannot prove impairment because it stays in the body for weeks, and can be easily challenged in court. Instead, if you are suspected of impairment, a police officer will have to rely on his or her observations of your behavior.

Police are training throughout the state to recognize signs of marijuana impairment, such as bloodshot eyes, sluggish reactions or difficulty multitasking. Observing officers will have to testify in court in order to make a case for impairment.

We’re building a case. We’re not telling officers to look for one thing. That’s why the signs of impairment from the officer is so important.

In the past, the smell of marijuana alone has been considered probable cause, enabling police to search suspicious vehicles. However, with the legalization of medical marijuana, this has become much more complicated. Many people across the country are now challenging the laws that result in officers searching vehicles based on smell.

In fact, a recent Supreme Court case in Vermont ruled that the smell of burnt marijuana is no longer justification for a police officer to search a person’s property. In Florida, the scent of marijuana is still considered probable cause, but this may be changing in the future thanks to recent court cases, new hemp legislation, and evolving views on medical cannabis.

Pushing this defense to its limit, Florida resident Victor Chavez – who was found with recreational marijuana hidden in his truck – is arguing that police violated his constitutional right against unlawful search and seizure as the arresting officers had no way of knowing that the marijuana smell that prompted their search wasn’t from medical products. Chavez is hoping to have the case completely dismissed.

However, cases like the one involving Chavez may soon become moot, as hemp legislation challenges conventional “sniff and search” procedure.

The odor of marijuana, by itself, is no longer probable cause for a search [in Palm Beach County]. This is true whether the odor is detected by an officer, or by a dog.

State Attorney Jack Campbell also wrote a letter to law enforcement agencies in his jurisdiction announcing that he will not authorize search warrants in cases where officers or police dogs smell marijuana because it could easily be hemp.

Patients are hopeful this policy will soon extend to the rest of the state.

What about Police K-9 searches?

A specific concern that some people may have in regards to driving with medical marijuana is the conundrum of police dogs trained to alert officers of the presence of cannabis. Unfortunately, the majority of these dogs have already been taught to sniff out cannabis in any form, and they certainly wouldn’t be able to tell the difference between legal and illegal marijuana. So what does this mean for Florida medical marijuana card-holders? Would the alerting of a police K-9 be enough probable cause to conduct a search of your vehicle?

The short answer is yes (for now). If a police K-9 alerts an officer that drugs may be present in the vehicle, this is enough probable cause in the state of Florida for the officer to then conduct a search. However, Florida law also states:

Where a driver is stopped for the commission of a traffic infraction, he or she may be subjected to a canine search of the exterior of the vehicle so long as it is done within the time required to issue a citation.

So basically, an officer can’t keep you waiting for a K-9 unit to arrive after they’ve already issued you a ticket. They can, however, keep you waiting if they have probable cause to believe that another crime has been committed in addition to whatever traffic violation they initially stopped you for.

Now for the good news!

With the recent changes in hemp-related legislation (detailed in the section above), many Florida officers have been instructed that the smell of marijuana is no longer probable cause for search of a vehicle. And it appears other states are following suit. Because marijuana and hemp smell identical, and dogs can’t tell the difference, both the Ohio Highway Patrol and the Columbus Division of Police are suspending marijuana-detection training for new police dogs to avoid complications with probable cause issues in court.

While the mandate isn’t statewide in Florida (yet), it appears K-9 searches for marijuana will soon be a thing of the past.

As previously mentioned, there is no test that can prove marijuana impairment. According to Florida lawyers Dolan Dobrinsky Rosenblum, LLP, the only way a police officer will be able to prove that you are under the influence is by the impairment of normal abilities and actions.

Drowsiness and impaired walking, talking or hearing can all be attributed to marijuana use. According to Florida Statutes Section 316.193, you can be found guilty of a DUI if you exhibit these behaviors while under the influence of medical marijuana.

Many prescription drugs cause similar side effects that can impair driving. These medications come with a warning to stop patients from driving while under the influence; medical marijuana patients need to be equally responsible about using medical cannabis.

How Can I Start Medical Marijuana Treatment?

Abiding by medical marijuana laws and regulations is essential for safe and successful treatment. At CannaMD, we provide patients with all of the educational resources they need to safely navigate the medical marijuana world. To learn more about our medical services or to determine if you qualify for marijuana treatment, call us today at 1 (855) 420-9170.

You can also fill out our easy online application to find out if you qualify for FREE!