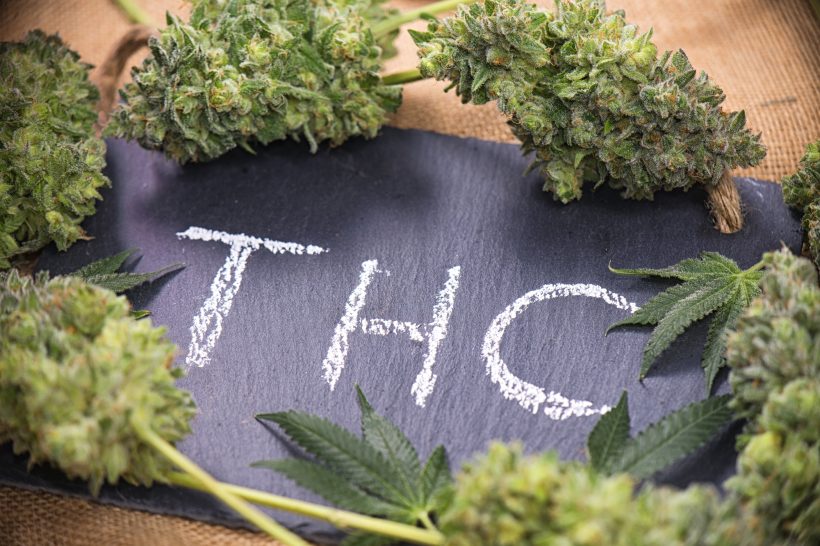 With nine out of ten Americans now in favor of the nationwide legalization of medical marijuana, remnants of the anti-cannabis camp have increasingly shifted focus from prohibition to regulation. Specifically, this movement seeks to set caps on the THC content of both medicinal and recreational marijuana products. Vermont has passed legislation limiting THC levels in both marijuana flower and concentrates, and a number of states (including Florida) have contemplated similar legislation.

The consensus within the medical marijuana community is that these caps are not only unnecessary, but instead may be counter-productive to some therapies. This position is supported by a significant body of research.

Before listing some of the positives of high-THC formulations, it’s first worth noting some of the objections and concerns raised by those seeking to limit the availability of these products.

Stated justifications for the implementation of THC caps in marijuana products include concerns that can be challenged and, in many cases, refuted by existing research literature. Among the most common concerns raised to justify caps on high-THC cannabis products:

Studies confirm that cannabis products sourced from legal outlets are not the primary or preferred methods of acquisition by illicit users. In addition, a study published in the Journal of the American Medical Association Pediatrics reports:

A greater concern within the health community is the unknown potency and composition of high-THC marijuana products underage users purchase “on the street.”

As we have reported at length, a cumulative body of evidence on the subject indicates that marijuana use in and of itself does not inhibit cognitive development. Instead, the literature suggests that any noted decline in cognitive performance from adolescence to adulthood is likely due to numerous other negative environmental and behavioral factors, with early-age adoption of marijuana merely being a symptom of those factors.

While acute ingestion of large quantities of marijuana may cause adverse reactions in some users, there are no known cases of fatal overdose from cannabis use in medical literature. Records indicate that the majority of reported adverse reactions to cannabis products are related to highly concentrated synthetic cannabinoid products rather than consumption of marijuana flower.

Concerns that high-THC products are more likely to induce adverse reactions are countered by evidence that the majority of cannabis consumers tend to self-regulate dosage by consuming lesser quantities of high-THC products to achieve desired results. This effect was noted in a study published in the journal Drug and Alcohol Dependence:

The phenomenon of self-titration based on marijuana potency was also addressed in research into the effects of THC on memory that failed to find differences in memory and cognitive performance between consumption of low-THC and high-THC marijuana.

Fears that high-THC use can lead to an increased risk of psychosis are often based on information from a study released in 2019 which noted an association between the daily use of high-THC cannabis and increased odds of psychotic disorder as compared with non-users. However, the study authors did not attempt to describe a direct causal effect between marijuana consumption and psychosis disorders.

Evidence published in the journal Schizophrenia Research suggests that cannabis consumption — including high-THC products—  may be a symptom of a developing psychotic disorder rather than the cause. The authors report:

Although cannabis use precedes the onset of illness in most patients, there was no significant association between onset of illness and CUD [cannabis use disorders] that was not accounted for by demographic and clinical variables. Previous studies implicating CUD in the onset of schizophrenia may need to more comprehensively assess the relationship between CUD and schizophrenia, and take into account additional variables that we found associated with CUD.

THC Is Actually The Good Guy

In 1964, a young Israeli chemist named Raphael Mechoulam identified THC as the primary agent responsible for the psychoactive effects of marijuana. His finding not only launched the modern era of medical marijuana research, it also gave marijuana opponents a new and more specific target for vilification. While marijuana’s other major cannabinoid, CBD, was largely spared criticism and instead earned a reputation for medicinal merit, THC was billed as the “bad guy” that leads to “debilitating intoxication” and all manner of adverse consequences. Thus was born the misconception that limiting or eliminating THC content in cannabis products would enhance its therapeutic potential without the added risk of “reefer madness.”

Decades of research paint a different picture of THC and indicate that, far from being the “bad guy,” THC is actually largely responsible for medical marijuana’s therapeutic value. THC exhibits what researchers describe as a “very high binding affinity” for CB1 receptors in the brain, and a similar ability to bind with CB2 receptors found throughout other parts of the body. By contrast, CBD has been described as having “little binding affinity” for either CB1 or CB2 receptors, but is capable of antagonizing them “in the presence of THC.”

Put into layman’s terms, this means that THC is required to activate many of the potentially therapeutic benefits of CBD.

Mechoulam’s discovery of THC led to the development of a range of synthetic cannabinoid compounds, including formulations with greater THC concentrations than what is available from botanical marijuana. Research published in the Journal of Clinical Investigation indicates that high-THC doses of the synthetic cannabinoid HU210 produce anti-anxiety and antidepressant effects in mice, while low-THC doses do not.

There are currently three synthetic cannabis-based medications that have received FDA approval: Marinol, Syndros, and Cesamet. According to FDA documents:

In 1999, the FDA downgraded Marinol to Schedule III status in recognition of its low to moderate potential for misuse or addiction.

Unlike FDA-approved synthetic cannabinoids, which require specific prescriptions, high-THC marijuana can be obtained from dispensaries across Florida (after certification by qualified medical cannabis doctors, like CannaMD). These products have been shown to provide a number of benefits that are specific to increased levels of THC.

We found that treatment with THC delayed disease progression by seven days and extended survival by six days in the mouse model. This corresponds to three years in human terms. The only FDA-approved drug for ALS, riluzole, extends life on average by about two months.

Research dating back decades indicates that THC can slow tumor growth in certain cancers. In 1975, the National Cancer Institute released a study that paved the way for modern marijuana research. After administering THC (delta-9 and delta-8) and cannabinol (CBN) to mice with Lewis lung adenocarcinoma, researchers noticed that tumor growth slowed and/or stopped. In addition, the THC-treated mice showed prolonged survival rates.

A study published in the March 1996 edition of the Fundamentals of Applied Toxicology reported that mice and rats given various doses of THC exhibited a “significant” dose-related decrease in the incidence of hepatic adenoma tumors and hepatocellular carcinoma (the most common type of liver cancer), as well as a decrease in benign tumors in other organs.

In a study published in 2020, researchers injected mice with a carcinogenic agent. Half of the subjects were also injected with a THC solution. The mice that didn’t receive THC exhibited colonic tumors, while those that were provided with THC exhibited no tumors, had markedly lower levels of colonic inflammation, and displayed fewer of the symptoms associated with ulcerative colitis. This led the study authors to conclude:

THC can prevent the development of colitis-associated colon cancer in mice.

Is High-THC Marijuana Right For You?

Currently, there are no regulations limiting THC content in Florida medical marijuana products. Established and prospective patients who feel they might benefit from cannabis products with more significant THC content are encouraged to consult with one of CannaMD‘s qualified physicians to determine the best course of treatment.