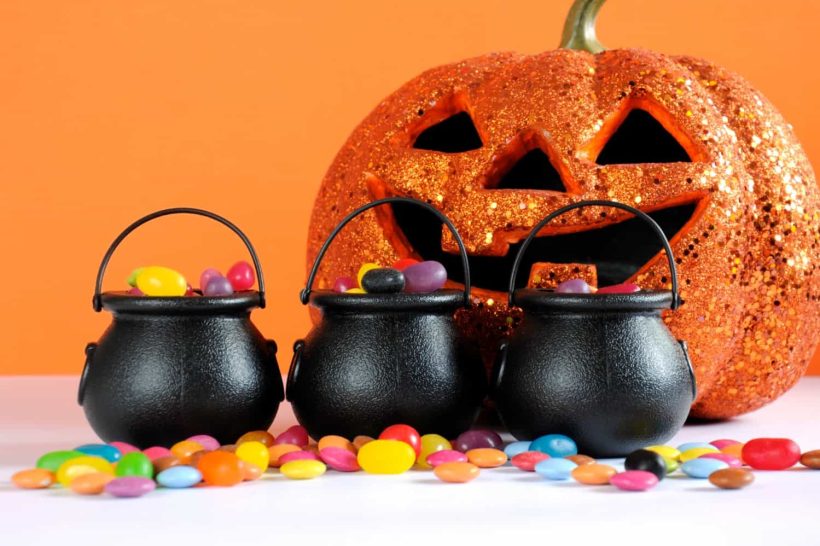 We’ve all heard the urban legend of sinister neighbors sneaking marijuana into the unsuspecting hands of innocent trick-or-treaters. (Because who wouldn’t want to spend a ton of money on edibles just to pass them out to random strangers?) As NBC puts it – in their aptly titled article, The Halloween Tale of Marijuana Handed Out to Trick-or-Treaters is as Real as a Ghost Story:

This is a ridiculous and unfounded claim. If anything, this is just another way for the anti-weed apologists to demonize marijuana yet again.

Let me clear up one thing here: No one, absolutely no one, will be handing out marijuana edibles en masse to unsuspecting minors this Halloween.

But, while contraband cannabis might not be a concern, the very real threat that candy poses to the American population is alarming. And yet somehow, hit pieces on marijuana still outpace headlines warning against one of our country’s biggest addictions:

So this Halloween, we invite you to join us as CannaMD takes a brave look at five times candy – in all its high-glycemic glory –was way scarier than cannabis.

Research has shown time and time again that people who consume sugary beverages weigh more than people who don’t. According to the American Journal of Clinical Nutrition:

On the contrary, after analyzing cross-sectional data from two population-based surveys including over 50,000 respondents, the American Journal of Epidemiology reports:

The proportion of obese participants decreased with the frequency of cannabis use.

…despite the evidence that cannabis use stimulates appetite in clinical trials and laboratory studies, cannabis users are actually less likely to be obese than nonusers in the general population.

2. Not for the faint of heart

Warning of the “sweet danger of sugar,” Harvard Men’s Health Watch cites a 2014 study that found an association between a high-sugar diet and a greater risk of dying from heart disease. Over the course of 15 years, participants who received 17% to 21% of their calories from added sugar had a 38% higher risk of dying from cardiovascular disease compared with those who consumed 8% of their calories as added sugar.

According to lead study author, Dr. Frank Hu, professor of nutrition at the Harvard T.H. Chan School of Public Health:

While the specific ways in which sugar affects heart health are still unknown, consuming excess added sugar can elevate blood pressure and increase chronic inflammation, both of which are pathological pathways to heart disease. Which is why – even though marijuana’s direct relationship with heart health may be complicated – its well documented effects on inflammation may be a lifesaver.

As summarized by Future Medicinal Chemistry:

3. What’s scarier than a Halloween mask?

Foods with a high glycemic index, like candy, have been linked to acne by a number of studies, including work published in the Journal of the American Academy of Dermatology. According to researchers:

On the flip side, a new study featured by Experimental Dermatology suggests cannabis could help:

Our data suggest that CBG and CBGV may have potential in the treatment of dry-skin syndrome, whereas CBC, CBDV and especially THCV show promise to become highly efficient, novel anti-acne agents.

Moreover, based on their remarkable anti-inflammatory actions, phytocannabinoids could be efficient, yet safe novel tools in the management of cutaneous inflammations.

Using cross-sectional data on diabetes and nutritional components of food from 175 countries, researchers with PLoS One found that the risk of developing diabetes grew by 1.1% for every 150 calories of sugar, or about one can of soda, consumed per day. As the study authors explain:

Differences in sugar availability statistically explain variations in diabetes prevalence rates at a population level that are not explained by physical activity, overweight or obesity.

However, cross-sectional data from the National Health and Nutrition Examination Survey III reveals the opposite effect for cannabis users:

In a robust multivariate model controlling for socio-demographic factors, laboratory values and comorbidity, the lower odds of diabetes mellitus among marijuana users was significant […]

Marijuana use was independently associated with a lower prevalence of diabetes mellitus.

(Results were so impressive that Time even followed up with an article titled, Marijuana: The Next Diabetes Drug?.)

Eating excessive amounts of sugar may increase your risk of developing certain cancers.

Such claims are backed by peer-reviewed scientific studies, including research from the International Journal of Cancer, Journal of Obesity, and Cancer Epidemiology, Biomarkers & Prevention. But, unlike sugar, cannabis may actually protect against and kill cancer cells!

According to the National Cancer Institute:

The European Journal of Pharmacology elaborates:

Several studies have demonstrated that cannabinoids also have anti-cancer activity and, as cannabinoids are usually well tolerated and do not produce the typical toxic effects of conventional chemotherapies, there is considerable merit in the development of cannabinoids as potential anticancer therapies.

And there you have it!

Ready to switch out sugar for the saving powers of medical marijuana? Give CannaMD a call at (855) 420-9170. You can also feel out our easy online application to see if you qualify for free!