THCV: Everything You Need to Know 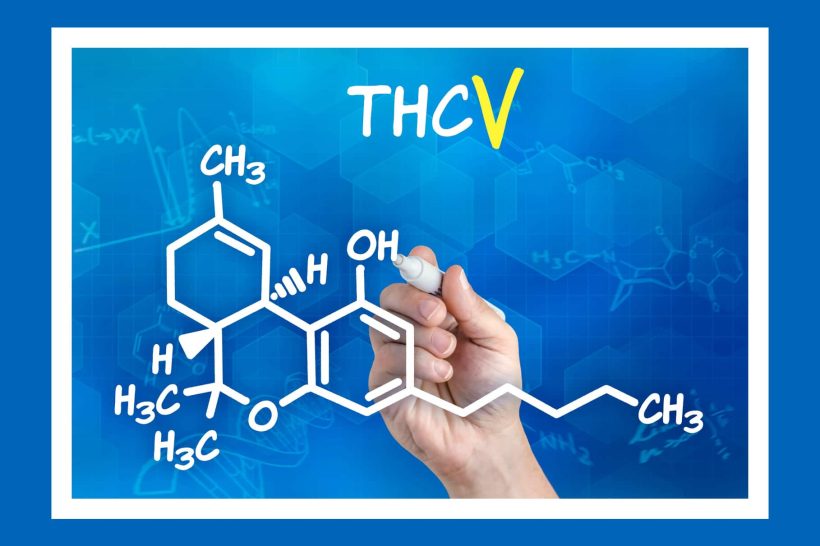 How much do you really know about medical marijuana? Did you know that this complex plant contains more than 483 known organic compounds, many of which may have potential benefits to human health and well being?

As the medicinal values of marijuana are increasingly understood by the mainstream medical community, there is a growing interest in all aspects of its makeup, especially in compounds known as phytocannabinoids.

These compounds interact with the human endocannabinoid system, resulting in positive physiological changes that can include pain management, inflammation mitigation, mood enhancement, muscle relaxation, nausea control and the possible slowing of cellular damage and tumor growth.

Two of marijuana’s best-understood and most publicized cannabinoids are THC and CBD. THC is widely known for its psychotropic properties, but is also increasingly recognized for its therapeutic capabilities. CBD delivers its own range of benefits; extracts and oils rich in CBD are now entering the mainstream.

But these are just two of the more than 100 cannabinoids found in marijuana, and as research continues, the range of potentially beneficial cannabinoids continues to grow.

In a number of policy papers, the National Institute of Health has stated its support for “a broad portfolio of research on cannabinoids and the endocannabinoid system.”

Another cannabinoid, THCV, is present to some degree in some but not all strains of the marijuana plant. If you are into the science, chemists will tell you that the primary difference between THCV and THC is the presence of a 3-carbon group rather than a 5-carbon molecular group. Geek stuff perhaps, but this small molecular point makes for a significant difference in the two cannabinoids’ effects on humans.

In low to moderate doses, THCV has none of the psychoactive properties of THC, and actually mitigates some of the “high” THC delivers. In higher doses, THCV does manifest its own psychoactive qualities, which are sometimes described as producing a clear-headed, euphoric state of mind.

In recent years, there has been a good deal of interest in THCV, and as more scientific studies are undertaken, the potential benefits of this cannabinoid are coming into focus.

Some of the most recent news on THCV comes from a California-based research group. Dr. Michael Moskowitz, president of the Bay Area Pain Medical Associates, announced his intention to study THCV’s effect on both youth and adult Type 2 diabetes, stating that:

Heady promises to be sure, but a slightly deeper dive into the subject reveals that there is a growing body of evidence to support these claims.

Unlike THC, which is largely responsible for “the munchies,” and is used by cancer patients and others to stimulate appetite, THCV may actually dull hunger pains and help with weight loss by blocking the receptor that triggers the “hunger hormone.”

Appetite suppression alone will help with weight loss, but there’s more going on that just putting down the fork. Studies have shown that THCV may increase energy expenditure — which means burning more calories. Maybe that’s why regular cannabis users are less likely to be obese than the general population.

In addition, THCV may reduce glucose intolerance, which brings us to the next potential benefit.

THCV may be good news for persons suffering from Type 2 diabetes. Studies have shown that this cannabinoid can improve glucose tolerance and help regulate insulin levels to stabilize blood sugar levels. These findings led a leading journal on diabetes care to conclude that:

THCV could represent a new therapeutic agent in glycemic control in subjects with Type 2 diabetes.

Subjects who reported using marijuana in the past month had lower levels of fasting insulin and HOMA-IR [insulin resistance], higher levels of HDL-C [high-density lipoprotein or ‘good’ cholesterol], as well as smaller waist circumference.

So maybe THCV can help you fit back into those pants from your younger days!

This report from a major marijuana test lab pretty much sums up current findings on THCV as it relates to anxiety control:

THCV has been found to reduce or even block panic attacks and, as a result, can be highly effective in the management of PTSD and other mental disorders involving anxiety or stress, as shown in research in places like Israel, where a great amount of cannabis research is done.

THCV doesn’t appear to suppress emotions, only the ability to panic, associated with the fight or flight response.

Because it can bind with both the CB1 and CB2 receptors of the body’s endocannabinoid system, THCV can reduce muscular tremors associated with Parkinson’s disease, Alzheimer’s disease and ALS, and has also been shown to reduce the brain lesions that occur in the later stages of Alzheimer’s.

There’s also evidence that THCV can reduce both the frequency and the severity of seizures, both when taken as a preventative measure, and when administered during the event. Work is now underway to create marijuana strains and cannabis derivatives that have minimal THC content and medium THCV content, in hopes of developing a non-intoxicating product that can be used to treat epilepsy in both adults and children.

By acting on cannabinoid receptors located within the skeletal endocannabinoid system, THCV has been shown to slow or prevent some forms of bone degeneration, and may actually promote the growth of new bone cells. As researchers learn more about this process, and the ways in which THCV binds to the receptors that regulate bone mass, it is being increasingly studied for its potential in treating osteoporosis and other degenerative bone-related conditions.

The anti-inflammatory properties of THC and CBD are well known, and research suggests that THCV may provide similar benefits, plus pain relief from inflammation, and certain antioxidant protections that may help with cognitive disorders.

As more is learned about this particular component of marijuana, additional benefits may be discovered.

CannaMD continues to monitor the latest research on THCV, and on the numerous other compounds found in medical marijuana. To find out if you qualify for medical marijuana treatment, call us at 1 (855) 420-9170 or fill out a free online application today!