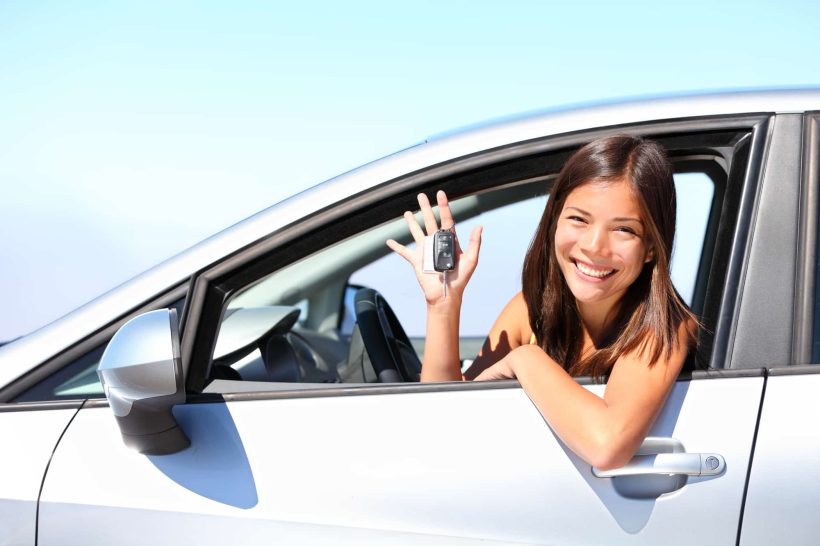 Stoned drivers and more accidents. That’s the nightmare scenario envisioned by opponents of marijuana legalization. Fortunately, these dire predictions have not played out. Instead, the numbers indicate that the legalization of marijuana is not associated with an increase in motor vehicle accidents, and may actually decrease rather than increase accident rates.

There is a significant body of research to validate this phenomenon, based on accident reports, measured driving performance and — most recently — automobile insurance data. While most researchers do not attempt to draw direct conclusions from the data, there are several trends that may account for the relationship between marijuana legalization and automobile accidents.

Evidence dating back more than three decades indicates that driving under the influence of marijuana —while not a practice that is advocated or endorsed in any way by CannaMD or other entities — may pose less risk than other forms of drug- or alcohol-impaired driving. Possible reasons for this phenomenon are that drivers may choose to consume marijuana in lieu of other more dangerously intoxicating substances, and that drivers tend to modify their behavior while under the influence of marijuana.

A study titled “Marijuana and Actual Driving Performance” reported the results of a series of controlled real-world driving tests. Subjects were allowed to smoke marijuana cigarettes with dosages of up to 30 mg of THC, then underwent a range of observed trials on closed roads. Drivers were self-described as “high” when they began the tests, and exhibited THC blood plasma levels ranging from 1 ng/ml to more than 20 ng/ml. The same tests were also conducted after drivers consumed alcohol or a combination of alcohol and marijuana.

Among the insights reported in the study:

Drivers under the influence of marijuana retain insight into their performance and will compensate where they can, for example, by slowing down or increasing effort. As a consequence, THC’s adverse effects on driving performance appear relatively small.

The report’s executive summary also included wording that highlighted the relative risks of impaired driving under the influence of alcohol as compared to marijuana:

A Canadian study reviewed records of drivers involved in non-fatal car crashes who were tested for the presence of marijuana, alcohol, and other substances. Based on their analysis, the authors found:

To put these numbers in perspective, THC concentrations between 2 and 5 ng/ml are generally accepted as the lower and upper benchmarks used by law enforcement to establish impairment when operating a motor vehicle.

As we have previously reported, the majority of THC-induced impairment occurs in the first 2 hours after consumption of marijuana, and typically decreases to levels of less than 5 ng/ml within three to four hours. Nonetheless, CannaMD and other medical experts still recommend that medical marijuana users wait six to eight hours before driving if they have smoked or ingested products that contain a significant quantity of THC.

New information published in the June 2022 edition of Preventive Medicine Reports indicates that states that have legalized marijuana have lower levels of impaired driving as opposed to states where marijuana is not legal.

Based on self-reported data, the study concludes:

The authors offered some possible explanations for this phenomenon, writing:

In legal-use states, cannabis users may receive more information about the risks of cannabis use from sources like physicians who issue medical cannabis cards or dispensary staff. Users living in states where marijuana remains illegal [may not receive similar information].

Another explanation is differences in labeling requirements. States that have not legalized cannabis cannot regulate the labeling of cannabis products, while many recreational and medical states require warning labels and instructions on products.

There are indications that increased levels of CBD in marijuana products may mitigate the impairing effects of THC. Results of a pilot study from Switzerland indicate that medical marijuana with high CBD/low THC content does not impair driving performance.

Participants were provided with either an herbal placebo or a 500 mg CBD-rich marijuana cigarette (16.6% total CBD; 0.9% total THC), then tested for reaction time, behavior under stress, and concentration performance. Test results indicated there was no significant difference between smoking CBD-rich marijuana and placebo. The researchers reported that the maximum free CBD and THC concentrations measured in capillary blood detected shortly after smoking ranged from  2.6 to 440.0 ng/ml for CBD and 6.7–102.0 ng/ml for THC. Within 45 minutes, these concentrations declined and were in a range of 1.9–135.0 ng/ml and 0.9–38.0 ng/ml, respectively.

This led the authors to state:

Although the observed levels of free THC concentrations have been reported to cause symptoms of impairment in previous studies in which THC-rich marijuana was smoked, no signs of impairment were found in the current study. This finding suggests that higher CBD concentrations cause a negative allosteric effect in the endocannabinoid system, preventing the formation of such symptoms.

One of the more eye-opening pieces of research into the effects of marijuana legalization on driver safety comes from a study published by Health Economics. The study authors began with a unique premise: rather than survey drivers or compile accident reports, they undertook a comprehensive review of automobile insurance data.

The existing literature misses over 99.5% of auto crashes. Auto insurers cover 67% of all medical and property damage from automobile accidents. Through this lens, we paint a more comprehensive picture.

The central postulate of the study was that auto insurance premiums reflect an accurate representation of accident rates – as premiums tend to rise and fall based on this information. Rates were tabulated down to a zip code level and analyzed through a difference-in-differences framework. Based on their findings, the authors made the flowing conclusions:

The authors also note that their modeling indicates:

Medical cannabis legalization has reduced auto insurance premiums by $1.5 billion in all states that have currently legalized marijuana, with the potential to reduce premiums by an additional $900 million if the remaining states were to legalize [marijuana].

Microdosing Marijuana: Does It Work?