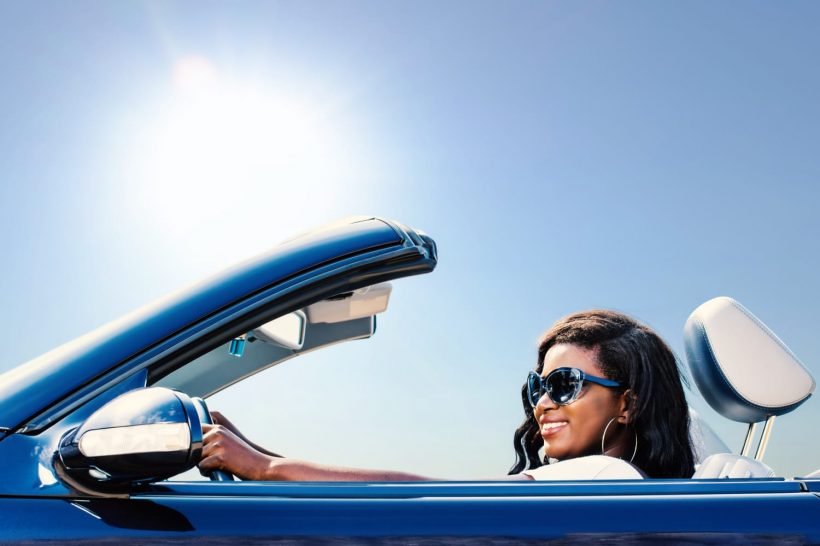 “How long should I wait to drive after using marijuana?”

This is a question any responsible medical marijuana should ask themselves. With the legalization of medical marijuana in Florida, users who rely on regular cannabis therapy now have the responsibility to determine their fitness to drive without impairment. Conversely, law enforcement agencies are now tasked with assessing actual impairment from marijuana use rather than simply proving prior use.

So what’s the answer? How long does marijuana-induced impairment last? CannaMD investigates!

The topic of marijuana-induced impairment and driving is a rapidly evolving issue that continues to draw heavy debate, with some studies suggesting drivers under the influence of marijuana aren’t as dangerous as other headlines claim.

For example, a 2017 headline from the Denver Post stated that “traffic fatalities linked to marijuana are up sharply in Colorado.” In seeming opposition to that statement, a study published in the American Journal of Public Health the same year compared traffic fatalities to medical marijuana laws and concluded:

Medical marijuana legalization has been associated with overall reductions in motor vehicle crash fatalities, although the state-specific effects vary widely.

In addition, a National Highway Traffic Safety Administration review of the role drug use played in fatal auto accidents stated:

There is little if any evidence to indicate that drivers who have used marijuana alone are any more likely to cause serious accidents than drug-free drivers.

One could argue that the headline-producing rise in fatalities was simply linked to the overall increased use of marijuana by the driving public due to legalization. The second study may indicate that many medical marijuana users are able to combine therapies with responsible driving habits, while the third statement shows the need to separate marijuana use from actual impairment by marijuana while driving, and that testing for residual traces of marijuana in the bloodstream may not be an indication of impairment.

While there is ample evidence that marijuana use impacts a range of cognitive functions and certain aspects of motor control, the extent and duration of these impairments is not clear cut, and can vary based on both an individual’s rates of absorption and elimination of psychoactive compounds such as THC, and on variations in phycological responses to these compounds.

A 2006 study of driver impairment as related to THC uptake has become one of the benchmarks for impairment. The study reports:

Researchers went on to state:

Serum THC concentrations between 2 and 5 ng/ml establish the lower and upper range of a THC [threshold] for impairment.

Such findings have prompted a number of law enforcement agencies to propose a per se THC blood plasma concentration of 5 ng/ml as a threshold for proven impairment. But as a wide range of studies have concluded, such a standard would not represent a fair and accurate assessment of actual impairment.

A report from the American Automobile Association states:

It is not currently possible to extrapolate backward with any scientific certainty from a given THC level at the time of a blood test. THC and metabolites can remain in lipid membranes and deposits and be detectable in blood or urine for weeks, with high variability between people.

Simply detecting any THC does not therefore indicate impairment; relying upon any detectable THC or the presence of a THC metabolite has been a flaw in prior research on driver culpability in crashes.

Additional complications arise from demonstrative variations in individual reactions to THC, which create challenges for the establishment of a THC per se threshold for proof of impairment. This fact is echoed in the concluding remarks of the aforementioned 2006 study, with the authors stating that such thresholds “are not necessarily applicable to each and every driver an individual,” and adding:

The relation between THC concentration and driver impairment is relatively obscure.

Additionally, a 2017 National Highway Transportation Safety Administration report to Congress came to the conclusion that:

Peak THC level can occur when low impairment is measured, and high impairment can be measured when THC level is low. [Individuals] can show little or no impairment at a THC level at which someone else may show a greater degree of impairment.

A 2009 study on the effect of cannabis compared with alcohol on driving sums up the problem with establishing a simple per se standard for marijuana impairment. The authors state:

Surprisingly, given the alarming results of cognitive studies, most marijuana-intoxicated drivers show only modest impairments on actual road tests. Experienced smokers who drive on a set course show almost no functional impairment under the influence of marijuana, except when it is combined with alcohol.

These findings lead the authors to postulate:

[T]he reason why marijuana does not result in an increased crash rate in laboratory tests despite demonstrable neurophysiologic impairments is that, unlike drivers under the influence of alcohol, who tend to underestimate their degree of impairment, marijuana users tend to overestimate their impairment, and consequently employ compensatory strategies.

Additional insights from the study include statements that:

* Because of an increased awareness that they are impaired, marijuana smokers tend to compensate effectively while driving by utilizing a variety of behavioral strategies.

* Combining marijuana with alcohol eliminates the ability to use such strategies effectively, however, and results in impairment even at doses which would be insignificant were they of either drug alone.

* Epidemiological studies have been inconclusive regarding whether cannabis use causes an increased risk of accidents; in contrast, unanimity exists that alcohol use increases crash risk.

The study also notes that the performance of test subjects appears to be more affected by THC in laboratory settings than in actual driving tests.

A wide range of research has confirmed that marijuana intoxication can trigger a range of adaptive behaviors that are employed by marijuana-impaired drivers. Among these are reducing speed, not passing other vehicles, and allowing greater spacing before pulling into traffic.

In addition to these conscious adaptations, there is some evidence that habitual marijuana users develop a tolerance to the cognitive or psychomotor alterations associated with marijuana. A 2010 study of heavy cannabis users investigated the effects of acute marijuana intoxication on a range of driving-related reactions and behaviors, and came to the conclusion that “THC did not affect task performance,” and added that “the present study generally confirms that heavy cannabis users develop tolerance to the impairing effects of THC on neurocognitive task performance.”

A study published in the journal Injury Epidemiology found that:

Occasional and recreational users have lower plasma THC concentrations than regular and frequent users. However, the effect of THC consumption on impairment of driving performance may be higher for occasional marijuana users than for frequent users.

Regular users were less impaired than occasional users at the same THC concentration, which may be attributed to physiological tolerance or learned compensatory driving behavior.

While acquired tolerances and behavior compensation may lower the risk of marijuana-related driving accidents, responsible use still dictates that medical marijuana patients establish a timeline for abstaining from driving after cannabis therapies.

According to a fact sheet from the National Highway Traffic Safety Administration, the peak effects of THC are reached within 10 to 30 minutes of inhalation, and within three hours blood plasma concentrations of THC typically fall below the 5 ng/ml threshold that is generally considered the benchmark for significant impairment. Other studies have identified the four-hour mark as the cutoff point for any significant neurocognitive impairment.

These findings should not be taken as a recommendation to drive within three hours of marijuana use, however, and it’s also important to distinguish between smoked and oral cannabis therapies. Research has shown that the time for peak effect and the duration of impairment is greater for oral administration of cannabis than when it is smoked.

A more conservative recommendation comes from a comprehensive review on the subject titled Medical Marijuana and Driving, which reports:

Psychomotor testing performance is decreased for up to 5-6 hours after smoking marijuana. Although [measurements were not made] past 6 hours, the majority of impairment occurred in the first 2 hours after smoking, gradually tapering down at hour six.

Based on our interpretation of the strength of these various studies and observations, we conservatively recommend that patients abstain from driving for a minimum of 8 hours after achieving a subjective “high” from marijuana use.

While such guidelines provide a credible reference point for determining fitness to drive after using cannabis, it is ultimately the responsibility of medical marijuana users to decide what is personally appropriate based on available information and on realistic self-analysis of their personal reactions to marijuana therapy.