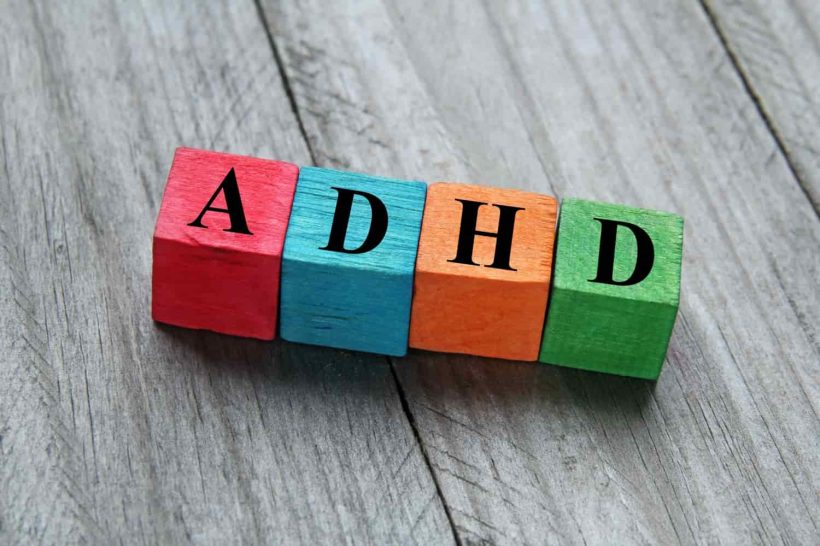 There is growing evidence that medical marijuana can improve the symptoms of Attention-Deficit/Hyperactivity Disorder (ADHD). This is good news for the millions of Americans who are affected by this condition.

To learn more, let’s take a deeper dive into the subject.

ADHD is defined as “a persistent pattern of inattention and/or hyperactivity-impulsivity that interferes with functioning or development.” ADHD is often perceived as a childhood disorder. It is true that symptoms of the disorder most always appear during childhood, but they can persist into teenage years and adulthood.

In fact, according to the National Institute of Mental Health, the overall prevalence of current ADHD in U.S. adults age 18 to 44 is over four percent, and the estimated lifetime prevalence is around eight percent.

Signs and symptoms of adult ADHD can include:

Clearly, this is an issue that for millions of Americans does not go away with age.

In both children and adults, ADHD has traditionally been treated through medication, with the most common being stimulants such as Adderall, Ritalin, and Dexedrine. These drugs increase the brain’s supply of dopamine and norepinephrine, which are chemicals that play essential roles in thinking and attention, but may have side effects that include stomachache, headache, irritability, decreased appetite, and insomnia. In addition, some stimulants may increase the risk of developing heart or psychiatric problems. More recently, non-stimulant drugs such as Strattera and Intuniv have shown promise, and may have fewer negative side effects.

Of the more than two dozen medications currently used to treat ADHD, no single medication or dosage has been show to be universally effective, and the effectiveness of various medications may change or decrease over time. In recent years, medical professionals treating ADHD have seen positive results with complementary or alternative therapies, including dietary supplements,  biofeedback, and cognitive behavioral therapy.

The Case for Medical Marijuana and ADHD

There is a growing understanding within the medical community of the effects of marijuana on the human body’s endocannabinoid system, which plays a role in functions such as pain regulation, inflammation mitigation, and mood alterations through the activation of various receptors. There is also an increasing body of evidence to suggest that marijuana may reduce anxiety and alleviate stress, as well as indications that it could play a role in managing the symptoms of ADHD.

One of the first scholarly publications to make this connection came from the Heidelberg University Medical Center. Based on a case study of a 28-year old male subject with behavioral issues related to ADHD, the study concluded that:

The present case report suggests that individuals suffering from ADHD may in some cases benefit from cannabis treatment. There was evidence that the consumption of cannabis had a positive impact on performance, behavior and mental state.

Adults with ADHD may represent a subgroup of individuals who experience a reduction of symptoms and no cognitive impairments following cannabinoid use. While not definitive, this study provides preliminary evidence supporting the self-medication theory of cannabis use in ADHD and the need for further studies of the endocannabinoid system in ADHD.

More evidence comes from a Finnish case study of a 33-year-old male suffering from ADHD who experienced adverse effects from prolonged use of Ritalin and other  medications prescribed as alternatives. Upon switching to cannabinoid therapeutics with THC content, it was reported that this compound:

…was found to be helpful in alleviating the patient’s ADHD symptoms, in particular, poor tolerance to frustration, outbursts of anger, boredom, and problems related to concentration.

In opposition to the pop-culture stereotype of the dazed-and-confused stoner, there is evidence to suggest marijuana can actually enhance concentration in certain cases. For example, a survey of more than 4,000 cannabis users applying for medical cannabis in the state of California between 2001 and 2007 concluded that:

A significant percentage of male applicants under 30 had been treated or evaluated for treatment with Ritalin or other stimulants for attention deficit hyperactivity disorder (ADHD) as children and their histories of a preference for morning use of minimal amounts of cannabis strongly suggest that inhaled cannabis enhances their ability to concentrate.

Another symptom of ADHD that may be mitigated with the use of medical marijuana is the inability to control impulses. A Spanish study, which identified the role of endocannabinoid CB2 receptors in regulating impulsive behavior, concluded that the regulation of these receptors through the use of cannabinoid drugs resulted in a reduction in certain impulse behaviors.

Taken together, these and other related studies do not suggest that medical marijuana be considered a broad-spectrum alternative to medications and behavior therapies for the treatment of ADHD. Rather, they point to an evolving realization that marijuana and cannabis-based compounds may have a place in more holistic approaches to treating this complex disorder.

This concept was summarized in a paper presented at the 2015 Cannabinoid Conference titled, “Successful Therapy of Treatment-Resistant Adult ADHD with Cannabis.” Researchers concluded that:

For adult patients with ADHD, who experience side effects or do not profit from standard medication, cannabis may be an effective and well-tolerated alternative.

If you currently suffer from adult ADHD, CannaMD is here to help! Find out if you qualify for medical marijuana treatment today by completing a quick application or calling 1 (855) 420-9170.