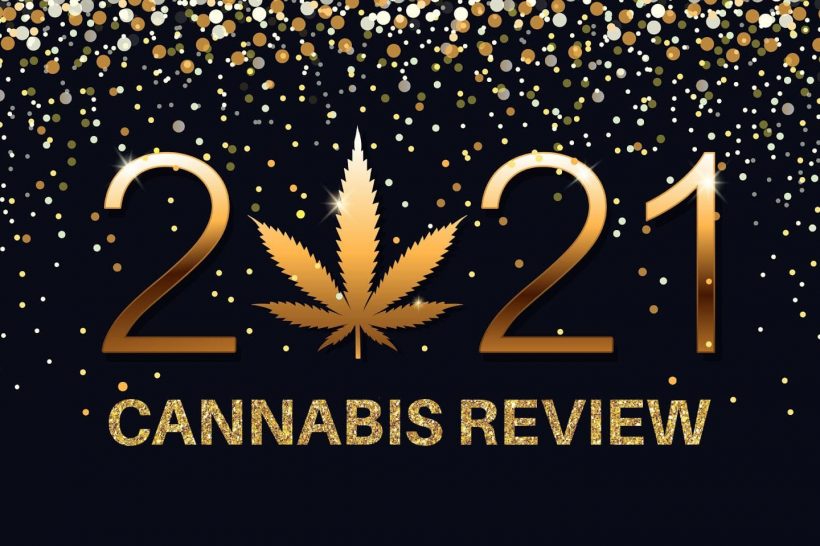 In contrast to a year of headlines dominated by divisional politics and Covid-19 warnings, 2021’s news on the medical marijuana front is decidedly positive. Over the course of the year, states across the country enacted more than 50 individual pieces of pro-marijuana legislation touching on everything from legalization and decriminalization to the expansion of access to medical marijuana programs and juvenile justice.

It is noteworthy that these changes to the legal system were initiated by state legislative bodies rather than by grassroots citizens’ initiatives that were a hallmark of many previous reforms to marijuana law. This paradigm shift in cannabis legislation comes at a time when polling indicates that nearly half of all Americans have used marijuana at some point, and nearly 70% support the full legalization of marijuana use. Currently, 18 states have laws regulating cannabis production and use by adults, and 36 states have approved the use of medical marijuana.

Adult-use marijuana by persons aged 21 and older became legal in five more states in 2021. In Connecticut, possession of up to five ounces of marijuana or an equivalent amount of cannabis concentrates is now legal in a private residence, and up to 1.5 ounces in public. The same law also allows for the automatic review and expungement of criminal records involving up to four ounces of marijuana, and the ability for persons with more serious marijuana-related offenses to petition the courts.

New Jersey now sanctions commercial production and adult-use retail sale of marijuana, and legalizes possession of up to one ounce of cannabis. Additional state legislation removes both criminal and civil penalties for private adult possession of up to six ounces of cannabis or 170 grams of hashish, removes penalties on the transfer of up to one ounce of marijuana, and reduces penalties on transfers of less than five pounds.

In New Mexico, adults aged 21 and up can now purchase up to two ounces of marijuana and/or 16 grams of cannabis extracts from licensed retail outlets, and home cultivation of up to six mature plants is permitted for personal use. Cultivation for personal use is also now legal in New York state following the passing of the Marijuana Regulation and Taxation Act which also creates a pathway for the automatic review and expungement of prior marijuana convictions. Home cultivation of up to four marijuana plants is now also allowed under Virginia law, along with possession of up to one ounce of marijuana. The state legislature has also set a time frame for the establishment of retail cannabis production and sales by or before January of 2024.

While the state of Louisiana has yet to legalize either medical or recreational marijuana use, possession of up 14 grams of marijuana is now classified as a misdemeanor subject to a $100 fine, and no longer an offense punishable by jail time. This law applies to both first-time and repeat offenses.

In reaction to the growing acceptance of marijuana use both recreationally and for medical reasons, a number of states have passed legislation allowing for to the sealing or removal of records relating to certain marijuana-related convictions. In addition to the previously mentioned Connecticut and New York provisions for the expungement of marijuana-related criminal records, the state of Colorado has passed legislation allowing individuals with prior marijuana convictions to have their records sealed by way of a court petition. The same bill increases the possession threshold for recreational users. Previously, adults were permitted one ounce of marijuana or cannabis concentrate without penalty, while possession of one to two ounces was classified as a petty offense carrying a $100 fine. These civil penalties have now been removed.

Alabama has joined the roster of states where medical marijuana is available, but with certain limitations. Patients are allowed to possess up to 70 daily doses of cannabis derivatives, with a maximum dose of 50 milligrams. Cannabis flower is not allowed under this program, and formulations must be administered in either oral doses, topical applications or by inhaler. The Louisiana legislature went one step further to include the sale of “raw or crude” cannabis to registered medical marijuana patients. Beginning January 1 of 2022, qualifying individuals are allowed to purchase up to 2.5 ounces of medical marijuana during each 14-day window.

A number of states have made provisions allowing for the expansion of licensed outlets for the distribution of medical marijuana, and increased the pool of caregivers who are qualified to authorize its use. A revision of Colorado law will require school boards to create policies allowing school personnel to posses, store and administer cannabis-based medications, or to serve as a volunteer assisting in the administration of cannabis-based medicines. Delaware adds nurse practitioners and physician assistants to the list of health professionals who are able to authorize the use of medical marijuana. Georgia now has a state licensing program that will allow for up to 30 retail outlets to sell high-CBD/low-THC oil-based formulations to qualified individuals.

North Dakota expanded the total number of caregivers authorized to provide services to medical marijuana patients, while also eliminating the current $50 application fee for authorization. Similar legislation in Minnesota increases the number of patients an individual caregiver can serve from one to six, allows for curbside pickup of medications and expands approved medications to include cannabis flower. A pair of new laws in Utah expands the number of medical professionals who are authorized to qualify patients for medical marijuana use, and authorizes the state’s Department of Health to issue additional licensees for the sale of medical marijuana. In addition, patients are now able to access medications while their applications for use are pending review.

Virginia has passed a trio of bills to increase access to medical marijuana and to facilitate its use. Residents of hospice and other caregiving facilities now have access to certain forms of medical cannabis, and qualification for therapies can now be obtained by way of telehealth appointments. State law now allows for the production and dispensing of whole-plant cannabis products for medical purposes, and employers are prohibited from disciplining or terminating employees for the lawful use of medical marijuana when not at work. Other noteworthy changes to state law that enhance access to medical marijuana include Oregon‘s waving of application fees for some veterans seeking access to medical cannabis, and the District of Columbia‘s move to establish a grace period within which medical cannabis patients can continue to access therapies without renewing their authorization.

In keeping with the growing understanding that simply testing positive for marijuana use may not correlate to impaired driving, states continue to modify existing traffic safety laws that in the past have proven excessive prejudicial.  Indiana law now provides a defense for drivers who test positive for THC or its metabolite, provided they are approved for medical marijuana use, show no signs of impairment and are not involved in an accident. Amendments to Nevada‘s traffic safety statutes specify that under certain circumstances the operation of a motor vehicle with trace amounts of THC or its metabolite is no longer a per se violation of law.

As the medical marijuana industry becomes an increasingly widespread and accepted element of the health care system, states are enacting legislation designed to provide a broader element of society with equitable access to capital and business opportunities in the field. A new program established by Colorado’s Office of Economic Development and International Trade has received $4 million in initial funding to provide financial and technical support to cannabis businesses operated by those holding social equity licenses. In an effort to expand diversity with the state’s medical marijuana industry, Illinois has sanctioned the creation of more than 100 new dispensary licenses, which will be awarded on a lottery basis to qualified social equity applicants. In Vermont a $500,000 Cannabis Development Fund provides financial assistance and outreach programs for social equity applicants seeking to create a licensed medical marijuana business.

States are also working to eliminate barriers to entry into the industry stemming from prior marijuana-related offenses. A new Michigan law allows individuals with previous felony and misdemeanor marijuana convictions to apply for state licensing to operate a medical marijuana business. Washington state has expanded the range of applications eligible for licensed participation in the state’s marijuana industry, with persons with either felony criminal records or multiple misdemeanors now eligible for consideration for licensure. Additionally, the state has increased the resources available for license seekers with past marijuana convictions.

Nevada has established a unique license for adult-use, on-site cannabis consumption lounges, either as an extension of a retail facility, or as a stand-alone business. As of September 2021, home-delivery of adult-use cannabis products to adults aged 21 and older is now allowed in certain Oregon jurisdictions. In an effort to spur industry growth, a South Dakota initiative “authorizes banks to engage in business with industrial hemp or marijuana licensees and associated persons.”

Two additional pieces of cannabis-related legislature of note include a California bill that allows for the production and sale of foods and drinks containing hemp-derived CBD, and an Illinois statute that ensures applicants will not be disqualified from seeking cash assistance under the Temporary Assistance for Needy Families (TANF) program solely because of conviction for a past drug-related felony.

The ongoing decriminalization of marijuana has led some states to rethink their approach to juvenile justice for cannabis-related offenses. Delaware now allows law enforcement agencies to refer juvenile marijuana offenders to counseling, treatment, or other appropriate intervention services in lieu of a monetary fine. A new Montana law reduces penalties for individuals under the age of 21 who are in possession of any amount of marijuana. Nevada revised penalties for minors in possession of up to one ounce of cannabis, with first-time offenders now eligible for community service. Additionally, upon completion of this sentence, the individual’s records will be automatically sealed by the courts. Even more benign penalties are now sanctioned under a New Jersey statute that allows for written warnings in lieu of fines or criminal penalties for persons under the age of 21 found in possession of cannabis.

At CannaMD, we make it our priority to help patients stay up-to-date on the latest regulations relating to medical marijuana. We’re happy to provide you with the resources and professional advice you need to navigate the ever-changing landscape of medical marijuana treatment.

If you are interested in determining if you qualify for medical marijuana, please call CannaMD today at (855) 420-9170 or fill out our free online application!