Marijuana & IQ: What Do We Know for Sure? 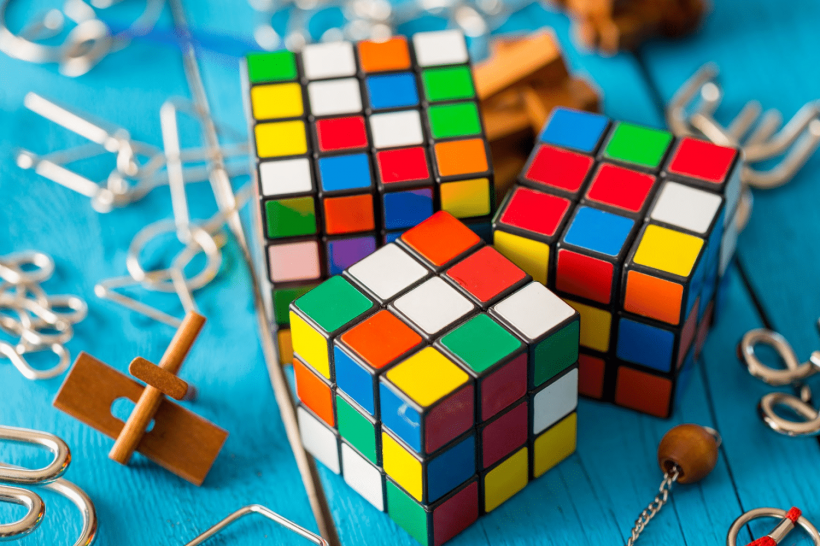 The befuddled and clueless stoner is a persistent cultural image. But does marijuana really make you less intelligent? There’s no debate that strains of certain cannabis which create a high have well-known and documented effects on short-term memory and motor function. But these effects are transitory and of limited duration, as CannaMD has reported.

Less certain are the potential long-term effects of cannabis consumption on cognitive function. Research into the subject has yielded mixed conclusions, leading some to assert that there is no decline in mental ability, while others claim that prolonged marijuana use will lower your IQ.

THE IQ STUDY THAT RAISED CONCERNS

Many of the studies that look at marijuana use and IQ focus on adolescents and teens, which is understandable. The brain undergoes a wide range of developmental changes during the pre-teen and teenage years, and the body’s natural cannabinoid system plays a significant role in this process.

Researcher Steven Laviolette of Western University in London, Canada, is quoted as saying:

Clearly there’s something unique about the adolescent brain that makes it specifically sensitive to THC. There may also be genetic variations that make some teens more sensitive than others to these effects. But the precise mechanisms that underlie both aspects of susceptibility are still unknown.

A landmark study that raised concerns over the relationship between IQ and marijuana use at an early age was generated by a New Zealand-based research group which tracked a sample of more than 1,000 children from birth to age 38. Participants were administered initial neuropsychological testing at age 13, and re-assessed periodically until age 38, using a battery of tests focusing on memory, information processing, problem solving and attention.

Among the conclusions of this study was the somewhat dire message that:

Impairment was concentrated among adolescent-onset cannabis users, with more persistent use associated with greater decline.

The authors went on to state:

Findings are suggestive of a neurotoxic effect of cannabis on the adolescent brain and highlight the importance of prevention and policy efforts targeting adolescents.

One of the least-controversial findings of this study is the assertion that it’s not a good idea for young adults to use marijuana, much the same as there are prohibitions on alcohol use at an early age. But does this study provide a broader indictment of marijuana as a devastating agent for IQ?

More recent studies suggest this might not be the case.

Among the challenges associated with any broad-based research effort such as the New Zealand study is identifying additional unaccounted variables that may influence the outcome. In the context of this study, this raises questions as to whether those who smoked marijuana early and often might also be engaged in binge drinking and additional drug use, exhibit destructive anti-social behaviors, or come from disadvantaged circumstances that interfered with their intellectual development.

Such concerns were raised in a 2016 commentary on the New Zealand study in which the authors noted:

Adolescents who use cannabis regularly also tend to have higher rates of social adversity, early-onset behavioral problems and other adolescent substance use, all of which may confound the relationships between cannabis use and poorer intellectual and educational outcomes.

Others have voiced similar criticisms of the study, suggesting that research on the subject should be based on identifiable and more tightly-controlled variables. One of the ways this is being accomplished is to study twins.

The question of nature versus nurture is age-old. Is a given individual successful because of good genetics and breeding, or was it a result of the way they were raised, educated, and the privileges they were afforded? One of the ways researchers attempt to answer this question is by following the progress of identical twins, as these individuals share both genetics and similar or identical circumstances during their formative years.

These studies involved testing of 600-plus and 1000-plus sets of twins and triplets, recruited at ages 9 and 11, with regular follow-ups over the subsequent decade. At a quick reading, some of the results might seem to support the findings of the original New Zealand study, as participants in both studies who used marijuana exhibited a decrease in vocabulary scores as compared to non-users, along with average drops of 3 to 4 point drop in IQ scores as compared to non-users.

However, these studies also looked at a range of additional factors that might have an effect on intellectual development, including social patterns, early use of alcohol and the use of other drugs. Closer examination of the data revealed a number of important traits that influenced outcomes. A number of the adolescent subjects who adopted marijuana use began with lower IQ scores than those who abstained during their formative years.

Traits such as impulsive behavior and excessive risk taking also came into play, and children from less-advantaged households and those that placed less value on education showed more significant declines. Tendencies towards delinquency and truism also played a significant factor.

Once each of these variables and were accounted for, the overall picture changed.

In a 2016 assessment of the California and Minnesota studies, the authors noted:

After adjustment for other substance use, these declines [in IQ] were substantially attenuated and no longer statistically significant.

The authors went on to offer the conclusion that:

When comparing IQ change between twins discordant for marijuana use, effects did not consistently emerge in the expected direction. That is, the marijuana-using twin did not exhibit consistently greater deficits relative to his/her marijuana-abstinent cotwin.

This fails to support the implication that marijuana exposure in adolescence causes neurocognitive decline.

NEW RESEARCH MAY SETTLE THE QUESTION

The most recent and broad-ranging study to look at brain development was launched in 2018 by the National Institutes of Health: The Adolescent Brain Cognitive Development Study. This program is currently underway across 21 research centers, involving nearly 12,000 children ages 9 and 10, including more than 2,000  twins and triplets.

Each participant will be tracked over a period of years, with periodic assessment of cognitive function, psychological traits and a number of additional brain characteristics. In addition to marijuana use, the study will look at a broad range of behaviors including sleep habits, physical activity, and the amount of daily screen time exposure.

As results of this study are revealed, CannaMD will continue to provide updates on the latest findings. Meanwhile, to stay up-to-date with the latest studies on medical marijuana, be sure to follow CannaMD on Facebook.