Marijuana in the Military: Canada Can’t Ban Use 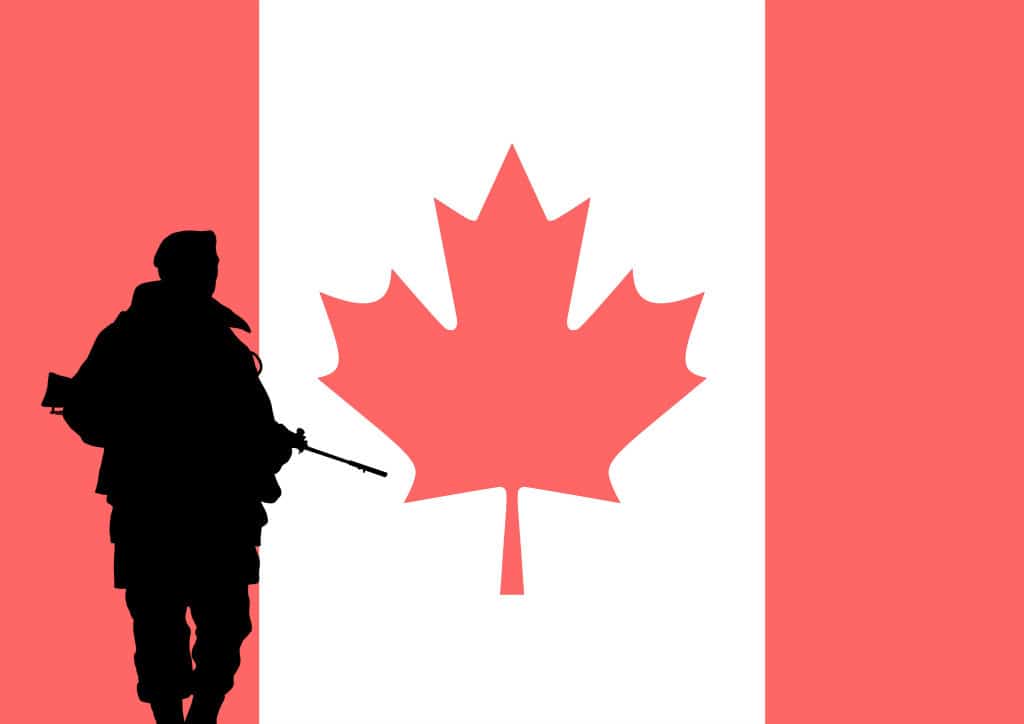 Now that Canada has become the second nation in the world to legalize marijuana (following Uruguay, which lifted prohibition in 2013), a number of questions remain. Not least among them: How will the government handle marijuana use in the military?  As Canadian Lieutenant General Chuck Lammare explains:

There’s no total ban at this point. We can’t do that. If the law says it’s no longer criminal to have it in your possession, it’s not a criminal act. You just can’t ban it outright.

With a total ban off the table, CannaMD takes a closer look at what military life might look like with legalized marijuana.

[The kits] will help ensure that CAF members in leadership positions will be able to identify signs of, assist in detecting, and provide guidance regarding prohibited drug use.

A contract for approximately 26 kits was estimated at $170,000. The exercise was designed to complement existing medical, scientific, and field research.

Now that the Cannabis Act has passed, a draft policy is waiting to regulate military marijuana use and practices. According to Lammare, the new policy “allows us to respect the law”. However, national security remains a chief priority. As Lammare explains:

I think Canadians are expecting our operational readiness and our ability to do our business must never be compromised.

The Canadian military already places a number of restrictions on alcohol (in several cases, the substance has been outright banned in overseas operations). Lammare and his team appear to be proposing an expansion of this policy – noting that many experts are calling for occupation-based limits.

Army, navy, air force, and special force branch commanders have been instructed to designate certain jobs that will be subject to restrictions. In order to respect the Cannabis Act, restrictions will have to be “very specific”.

Despite legalization, Lammare said he doesn’t believe there will be a spike in military marijuana use, noting that most people who join the military do so to engage in challenging activities, such as flying planes and helicopters. Anything that keeps them away from that work tends to be shunned.

“I don’t anticipate a whole whack of sparking up,” Lamarre said with a chuckle.

According to the U.S. Department of Veteran Affairs, approximately 20 United States veterans commit suicide every day – many as result of post-traumatic stress disorder (PTSD).

In May 2018, the United States House Committee on Veterans Affairs voted unanimously to advance the VA Medicinal Cannabis Research Act to the House floor. The bill encourages the VA to study marijuana as a treatment for PTSD, pain, and other ailments affecting veterans.

In the meantime, countless veterans have already found success in treating PTSD with marijuana. (Several specific studies point to cannabidiol – a nonpsychoactive marijuana compound – and the substance’s ability to counteract anxiety.)

With active duty cannabis use set to be legalized (with restrictions) in the Canadian military, the future of marijuana and PTSD research is bright.

To see if you qualify for a medical marijuana certification to treat PTSD or another qualified condition, complete an application today.

How do you think Canada’s new military policies will affect the United States? What type of restrictions do you support? Let us know in the comments section, below!