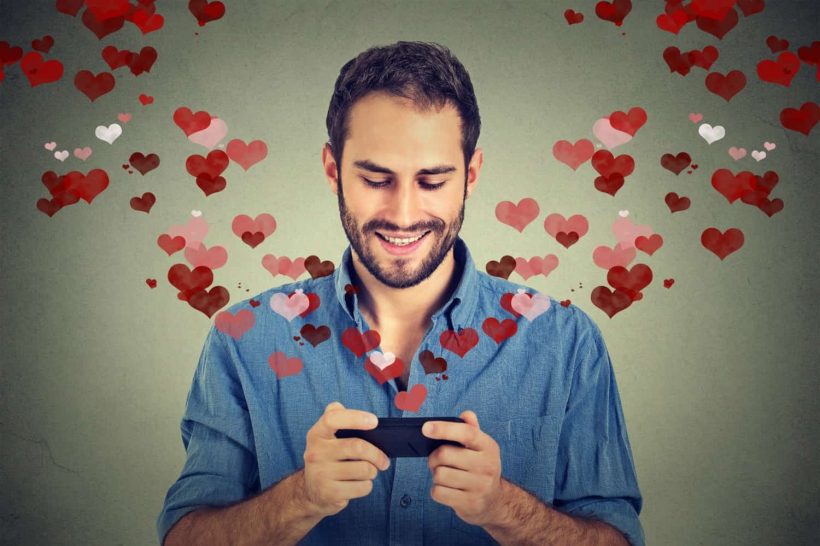 If you’re looking for a happy relationship, cannabis could be a key way to make a lasting connection.

And as with virtually everything in today’s tech-focused world, there’s definitely an app – or a desktop-accessible site – for that.

In the same way those who love country living can bond on a site like Farmers Only or married men can find mistresses on sites like Ashley Madison (two sides of the same dating app coin, so to speak: one good, one less so!), marijuana users – either medical or recreational – can seek out like-minded mates on dating apps, using their appreciation for cannabis as a gateway to a relationship.

According to writer Ashley Manta, a Google search for “cannabis and dating” resulted in 21 million hits in 2017. When we searched Google using the keywords “marijuana and dating” researching this article, we found that the number of hits has doubled to 42 million in just two years!

While Manta wasn’t (ahem) as high on two of the three cannabis dating apps she tried (420 Singles and 420 Friends), High There! was her favorite of the trio.

High There! seems to still be pretty popular among most people in search of love. The site brought together Las Vegas couple Chloe Lebbate and Dakota Shyface, both 20-somethings who had been unable to find the right romantic connections through sites like Tinder and Match.

I had given up on dating apps. I couldn’t find anyone who also smoked weed. It’s something that’s part of me. I use medical marijuana for health ailments, and a lot of people aren’t cool with that.

Shyface also used medical marijuana so it was far from a deal breaker, and three months after they met in person following their High There! virtual connection, they were engaged!

Manta is certainly not the only single to use cannabis-based sites, and Lebbate and Shyface are not the only couple to forge permanent romantic bonds through marijuana-based dating sites or apps.

Matthew Karnes, who founded GreenWave Advisors, a firm that researches and analyzes various aspects of the marijuana industry, told CNN that as more states legalize medical and recreational marijuana, an influx of marijuana-based dating sites is likely to follow.

These days, in addition to the other sites Manta tried – 420 Singles and 420 Friends – there are other apps including Date 420 Friendly, 420 Mate, Highly Devoted, and, to a lesser degree, Zoosk, Plenty of Fish, and OK Cupid, which include questions about marijuana use and views to prevent singles who are incompatible from being matched.

While some are free and others are more expensive, Mashable also recognizes High There! as a great site for marijuana users looking to make a connection for two important reasons:

High There! boasts the largest user base of cannabis dating apps, and it’s free.

And while money isn’t everything, if you’re spending money on quality cannabis, spending too much money on a dating site can break the bank for some people. Also, for those who are using medical marijuana for health reasons, there may not be a choice on which item to cut from the budget.

Studies have shown – and most marijuana users know – that cannabis consumption can reduce depression and anxiety, making dating easier for anxious singles who become somewhat tongue-tied when on a date.

In 2018, John M. Grohol, Psy.D, founder and editor-in-chief of Psych Central, wrote a comprehensive article about the benefits of medical marijuana on stress and anxiety, but there are even more benefits once you get past the stress of early dating and into the bedroom, as well!

A 2017 survey from OK Cupid suggests that marijuana could play a major role in boosting libido and sexual satisfaction of smokers or edible users compared to those who do not imbibe.

According to OK Cupid:

Weed smokers of all types (past, and both varieties of current) are significantly more likely to have orgasms than their never-smoking counterparts. So, if finishing is a priority, inhaling might be too.

If you’re a marijuana user and it seems you’ve been looking for love in all the wrong places, trying one of these numerous cannabis-focused dating apps may be the move that will change your dating life – and possibly sex life – for the better, helping to ensure that you find someone with whom you have something important in common.