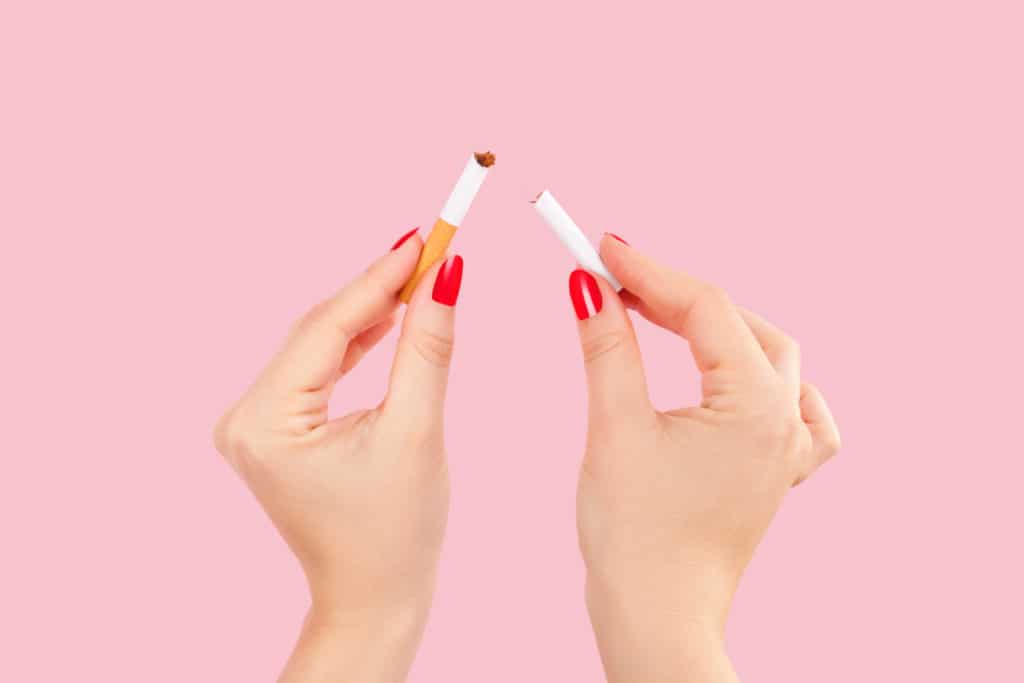 In yet another win for marijuana advocates, peer-reviewed journal Nicotine & Tobacco Research has published results discrediting the prohibitionist argument that legalizing cannabis will lead to an increase in other forms of smoking – namely: tobacco cigarettes.

Join CannaMD, Florida’s leading network of medical marijuana doctors, as we take a closer look at the research!

While often lumped together, smoking marijuana and smoking tobacco are two very distinct activities with completely different sets of risks and health implications. As summarized by peer-reviewed journal, Respiratory Care:

Both types of smoke contain particulate matter and carcinogens; however, it has been reported that marijuana components may minimize some carcinogenic effects.

Marijuana use was not associated with tobacco-related cancers or with cancer of the following sites: colorectal, lung, melanoma, breast.

Likewise, as summarized by the National Cancer Institute, a systematic review assessing 19 studies that evaluated premalignant or malignant lung lesions in persons 18 years or older who inhaled marijuana concluded:

Observational studies failed to demonstrate statistically significant associations between cannabis inhalation and lung cancer after adjusting for tobacco use.

These findings are perhaps best summarized by the National Academies of Sciences, Engineering, and Medicine, which wrote in its review of multiple meta-analyses:

There was moderate evidence of no statistical association between cannabis smoking and the incidence of lung cancer.

Not surprisingly, data published by peer-reviewed journal The Lancet has ranked tobacco as more dangerous than marijuana. For more details, see: Scientists Rank Most Dangerous Drugs.

While the comparative dangers of tobacco smoking versus marijuana smoking are slowly making their way into the mainstream press, another question remains: Does legalizing marijuana – which, it’s assumed: increases marijuana smoking – lead to increased smoking patterns in general? In other words, does condoning the smoking of marijuana lead people (and specifically: youth) to smoke more tobacco cigarettes?

Fortunately, scientists with Nicotine & Tobacco Research say the answer is NO.

In a new study titled, Further Consideration of the Impact of Tobacco Control Policies on Young Adult Smoking in Light of the Liberalization of Cannabis Policies, researchers write:

Combining data on tobacco and cannabis policies at the state, county, and city levels with the nationally representative geo-coded National Longitudinal Survey of Youth 1997 and Census data, scientists used multilevel regression and fixed effect analyses to examine the impact of cannabis policies on any past 30-day cigarette smoking, frequency of smoking, and past 30-day near-daily smoking among young adults while accounting for community and individual covariates.

As the authors summarize:

This paper provides evidence that the liberalization of cannabis laws has not adversely affected the efficacy of tobacco control efforts.

In other words (to quote the study’s conclusion):

Questions about medical marijuana and tobacco?

CannaMD is here to help! In addition to providing Florida patients with medical marijuana certifications, CannaMD is also a leading force in cannabis research and education. Give us a call today at (855) 420-9170 to learn how we can assist. You can also complete a quick online application to see if you qualify!