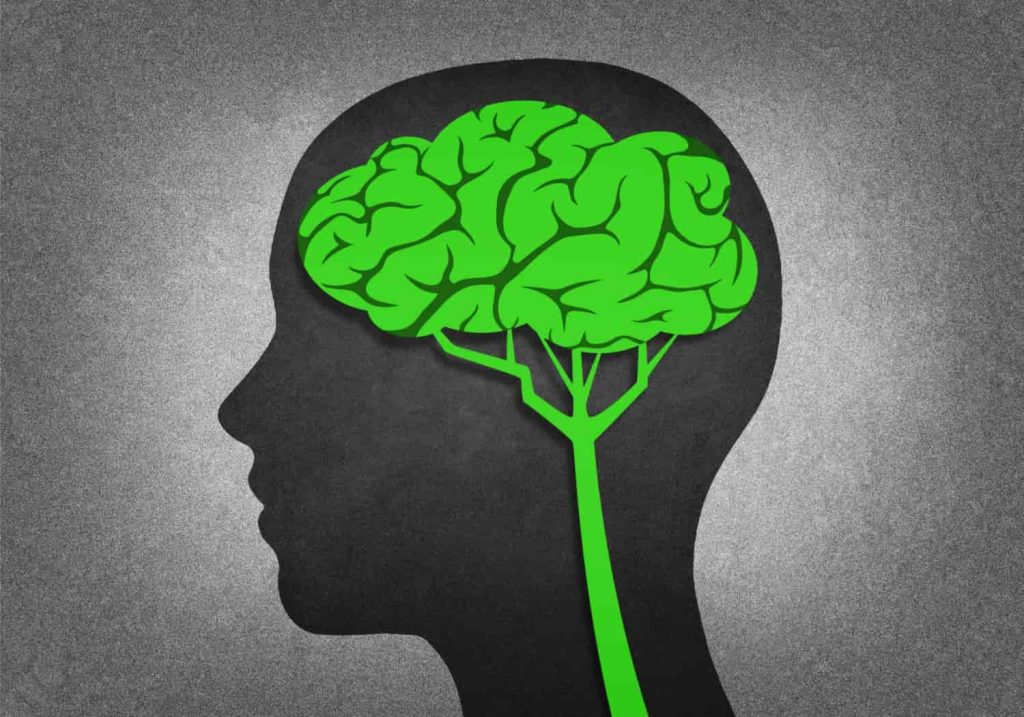 A new study published in the Journal of Psychopharmacology suggests that CBD — a cannabinoid found in marijuana — improves memory and may have the potential to treat conditions such as Alzheimer’s, schizophrenia, and PTSD. The 2020 study found that CBD increased blood flow to the hippocampus, the region of the brain responsible for memory. In doing so, it enhances our ability to form, process, and recall memories (also known as memory processing).

Various symptoms of these conditions are believed to be impacted by decreased blood flow to the brain, which results in dysfunctional memory processing — the ability to interpret, form, and recall memories. By increasing blood flow to the hippocampus, however, CBD is thought to correct the faulty memory processing that characterizes these conditions.

In light of these results, scientists have suggested that CBD may treat or prevent Alzheimer’s, schizophrenia, and PTSD. According to lead researcher Michael Bloomfield:

These results identify potential mechanisms of CBD for a range of conditions associated with altered memory processing.

Today, CannaMD discusses the relationship between marijuana and memory, and looks at its potential to treat or manage these difficult disorders.

Marijuana, CBD, and Memory: What the Research Says

The current study, conducted in August 2020, examined CBD’s impact on memory through its interaction with the hippocampus. Researchers found that, in 15 human subjects, CBD increased blood flow to this region of the brain and, as a result, improved memory and performance on memory-related tasks.

As the study authors explain:

There is evidence that CBD alters cerebral blood flow and this offers one possible mechanism through which it may influence memory function. […] To our knowledge, this is the first study to find that CBD increases blood flow to key regions involved in memory processing, particularly the hippocampus.

Many compounds in marijuana have been suggested to treat or prevent Alzheimer’s and similar conditions, including CBD, THC, and CBG. Although these compounds are not clinically approved as treatments for these disorders, mounting scientific research suggests that they may offer novel benefits for those afflicted.

The present study also suggests that CBD may treat conditions such as anxiety and PTSD. The hippocampus is responsible not only for memory, but also for our emotional reactions to memory, which become dysregulated in these conditions. By improving brain function in this important area, CBD may restore healthier emotional reactions to memory, which could relieve the symptoms of anxiety, PTSD, and many other psychiatric disorders.

Many medical marijuana patients use cannabis to manage PTSD and anxiety. In a recent survey, 90% of these patients reported that marijuana helped to manage their symptoms.

Interestingly, the current study — supporting earlier research — also suggests that CBD may be an effective treatment for cannabis use disorder!

Interested to learn more? Call (855) 420 9170 to find out everything you need to know about the application process!