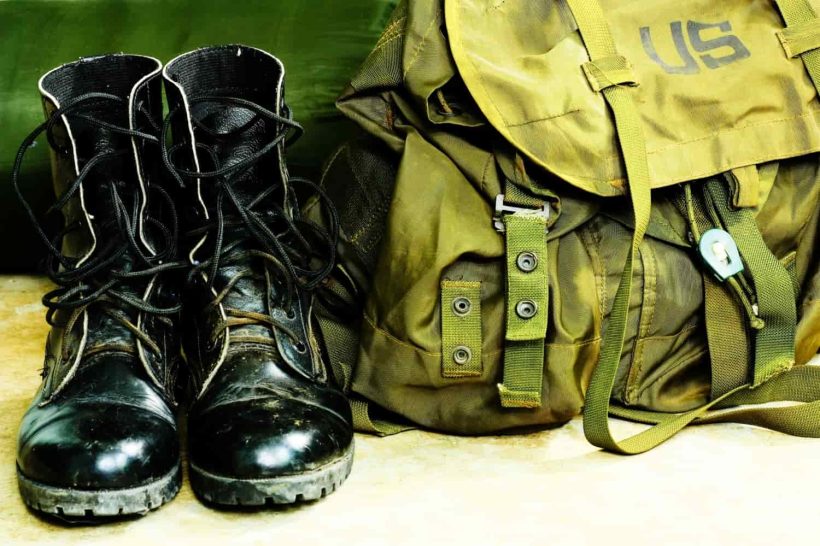 Those who oppose medical marijuana have often claimed that, despite its therapeutic value (which – thanks to overwhelming, peer-reviewed research – is now near impossible to dispute), cannabis causes psychological impairment that makes responsible use in the ‘real world’ impossible.

And yet, just as with earlier arguments, innovative new studies are turning the tide. This time, supporting evidence comes from none other than the United States military itself.

Today, CannaMD takes a look at an exciting new report that claims Army recruits with past marijuana use measure up just as well as (if not better than!) other recruits who have never tried cannabis before.

As Florida’s leading network of medical marijuana doctors, CannaMD works extensively with military Veterans. While medical cannabis is still prohibited for use by active duty Service-members, the following statistics provide a quick snapshot of Florida’s military focus – and the number of residents who could be helped if medical cannabis was made available to all:

To learn more about Veterans and the VA’s position on medical marijuana, see: 5 Things Veterans Deserve to Know About Medical Marijuana.

For now, let’s return to active duty Service-members – and what a new, military-funded study has to say about past marijuana use and recruit performance.

How Does Past Marijuana Use Impact Army Recruits?

In a formal report sponsored by the Office of the Assistant Secretary of the Army and conducted by the RAND Corporation (a nonprofit, nonpartisan research organization), analysts found:

Recruits who make it into the U.S. Army despite low-level histories of marijuana use perform no worse, overall, than other soldiers. That should be welcome news in recruiting offices nationwide. More than half of all new recruits come from states where marijuana is now legal, at least for medicinal use.

Note: Marijuana use is still a disqualifying offense for new recruits. However, those looking to join can still ask for a waiver, just as they would for any other medical history issue like diabetes or insomnia.

In over 200 pages of findings, the report – titled, “An Empirical Assessment of the U.S. Army’s Enlistment Waiver Policies: An Examination in Light of Emerging Societal Trends in Behavioral Health and the Legalization of Marijuana” – highlights a number of points downplaying the dangers of past cannabis use:

Contrary to expectations, waivered recruits and recruits with a documented history of marijuana or behavioral health conditions are not uniformly riskier across all dimensions. In some cases, they are historically more likely to perform better.

Recruits with a history of marijuana were just as likely as other recruits to complete their first term and make sergeant, and they were less likely to leave the Army for health or performance reasons.

In one of its most important conclusions, the study notes:

Marijuana & The Future of Military Recruitment

In its summary of findings, RAND recommends:

In a broader context, the federally funded report suggests a revised framing of the way policymakers and the press view waivers.

As Michael Hansen, the associate director for RAND, explains:

When people hear ‘waivers,’ they sometimes think the Army is letting people in who really shouldn’t be there. The strongest message of our report is that using waivers has nothing to do with changing quality standards.

This is a particularly important point, as RAND notes:

Without waivers, a failed drug test for marijuana would block the one-third of American 18-year-olds who say they have used marijuana at least once in the past year.

CannaMD‘s statewide network of experienced doctors can help you easily navigate the Florida medical marijuana process, from getting your card to purchasing your first medication. To book an appointment, call (855) 420-9170. Or get started online!