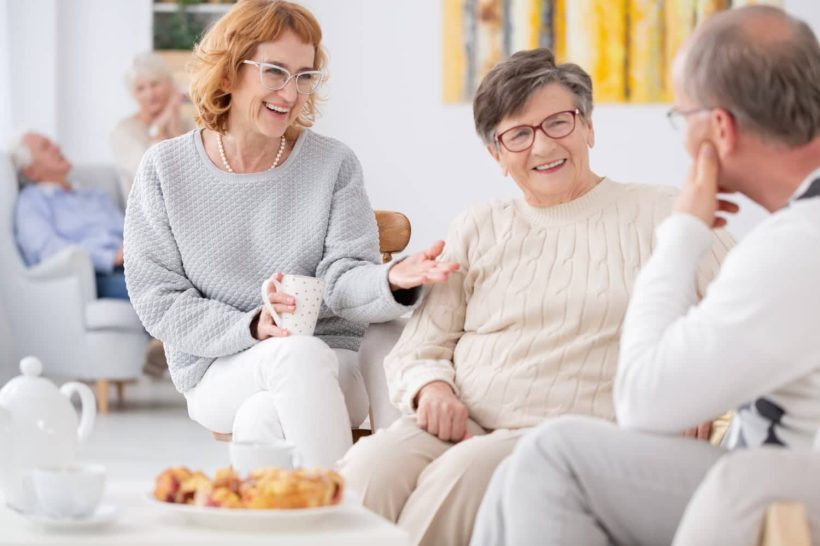 There is a growing body of both anecdotal evidence and clinical research supporting the benefits of medical marijuana to mitigate the symptoms of Parkinson’s disease. In recognition of this information, a significant but still limited number of Parkinson’s patients have turned to cannabis as a complementary therapy to traditional pharmaceutical options. A survey of current literature on the subject reveals not only the potential benefits of medical marijuana for the treatment of Parkinson’s disease, but also the challenges presented by an ongoing lack of understanding among the general medical community, and a relative scarcity of accurate information on the subject that is available to patients.

WHAT DO PARKINSON’S PATIENTS SAY?

We have previously reported that 1 in 5 Parkinson’s patients surveyed use cannabis, with the majority of respondents reporting that symptom relief was their primary reason for use. Other sources report similar patterns of adoption and use.

A 2016 web-based survey of Parkinson’s disease patients hosted by the Michael J. Fox Foundation and the National Multiple Sclerosis Society reported that respondents who used medical marijuana indicated a high efficacy rate for their therapies. Based on a scale of 0 to 7, these users provided an average score of 6.4 for their satisfaction with marijuana use for symptom relief, and some 60% reported a reduction in the use of prescription medication since initiating cannabis therapy.

A self-administered survey conducted in the Denver metro area in 2012-2013 showed that a majority of Parkinson’s patients questioned used some form of complementary or alternative medicine for symptom relief, including vitamins, prayer, relaxation, massage, and cannabis therapy. Slightly less than 5% of the respondents reported using marijuana, perhaps because its medical use had just become legal in the state. Those who did use marijuana noted that it was among the most effective therapies utilized.

A study of more than 1,000 Parkinson’s disease patients published in early 2021 showed slightly less than 10% of respondents reporting the use of medical marijuana. The results highlighted some of the trends and attitudes that might limit its adoption:

Among the respondents who did use medical marijuana, reported benefits included:

In 2017, a research group affiliated with Israel’s Tel Aviv University published the results of a study documenting the clinical effect of cannabis use on motor and non-motor symptoms of Parkinson’s disease. Twenty-two Parkinson’s patients who were licensed to use medical marijuana were evaluated before and 30 minutes after smoking marijuana. After cannabis therapy, subjects showed a “significant improvement” in tremor symptoms, as well as reductions in rigidity and bradykinesia, which is a slowness of movement associated with Parkinson’s disease. No significant side effects of marijuana use were noted, and the researchers also reported that patients showed significant improvement in sleep and pain scores.

Another study, also from an Israeli research group, tracked twenty Parkinson’s patients who were evaluated before and 30 minutes after using marijuana. The authors reported that after consuming marijuana, patients showed a significant improvement in motor function, and a corresponding decrease in pain, especially in the most affected body parts. Their stated conclusion was that:

An observational study published in the journal Clinical Neuropharmacology reported on the results of a multi-year trial involving 47 patients diagnosed with Parkinson’s disease, having a mean age of 64 and a mean disease duration of 10 years. Survey participants reported using medical marijuana for an average duration of 19 months, predominantly by smoking an average .9 grams of cannabis flower per day. Based on patient responses, the study authors reported that cannabis therapy resulted in improvement in a number of symptoms of Parkinson’s disease, including fewer falls, pain relief, reductions in tremors and muscle stiffness, better sleep, and a reduction in depression.

This led to the conclusion:

Medical cannabis was found to improve symptoms of Parkinson’s disease in the initial stages of treatment and did not cause major adverse effects in this pilot survey. The extent of use and the reported effects lend support to further development of safer and more effective drugs derived from cannabis sativa.

MEDICAL MARIJUANA AND THE INFORMATION GAP

In 2004, a survey of Parkinson’s disease patients treated at the Prague Movement Disorder Centre showed that 25% of 339 respondents had used cannabis. Nearly two decades later, a survey of more than 1,000 Parkinson’s patients conducted in January of 2020 revealed a similar pattern of adoption, with 25% of respondents reporting previous or present use of  marijuana.

In the 2020 study mentioned above, respondents reported that their primary means of learning about cannabis use was from internet sources, followed by advice from friends, dispensary workers, and other Parkinson’s disease patients. Far fewer reported receiving information from their treating physician, and few reported receiving accurate information on dosage, cannabis type, or frequency of use.

Although there are many people with Parkinson’s disease using cannabis as a [complementary] treatment for their motor and non-motor symptoms, the lack of formal guidance about cannabis usage for Parkinson’s may underlie inconsistencies in use and reported effectiveness. The survey results also indicate a knowledge gap among people living with Parkinson’s disease, which may be impacting their decisions about cannabis use, as a large portion of users reported not knowing the type, brand or dosage of cannabis they primarily use.

They went on to add:

This knowledge gap, combined with the receipt of information and recommendations primarily through the internet, friends or other people living with Parkinson’s disease or word of mouth, as opposed to a licensed health provider, could be partially responsible for the perceived confusion about expectations and efficacy. We would expect that specific cannabis formulations, ratio of CBD to THC, route of administration, and strain (sativa vs. indica) might have a differential impact on specific symptoms that patients are trying to address.

A survey of physicians affiliated with Parkinson’s Centers of Excellence indicated that 95% of neurologists surveyed reported patients have asked for medical marijuana prescriptions. Additional insights from the study include the findings that:

Based on these and similar reporting from other sources, it is apparent that the broader acceptance and adoption of medical marijuana for the treatment of Parkinson’s disease will require better understanding and messaging, both within the medical community and the patient population.

As new evidence indicating the efficacy of medical marijuana for Parkinson’s disease comes to light, CannaMD will continue to provide insights and updates.

How To Start Medical Marijuana Treatment

Are you or someone you know currently suffering from Parkinson’s disease? CannaMD can help! Find out if you qualify for free by calling (855) 420-9170 or completing a brief application today!