Where Does Joe Biden Stand on Marijuana? 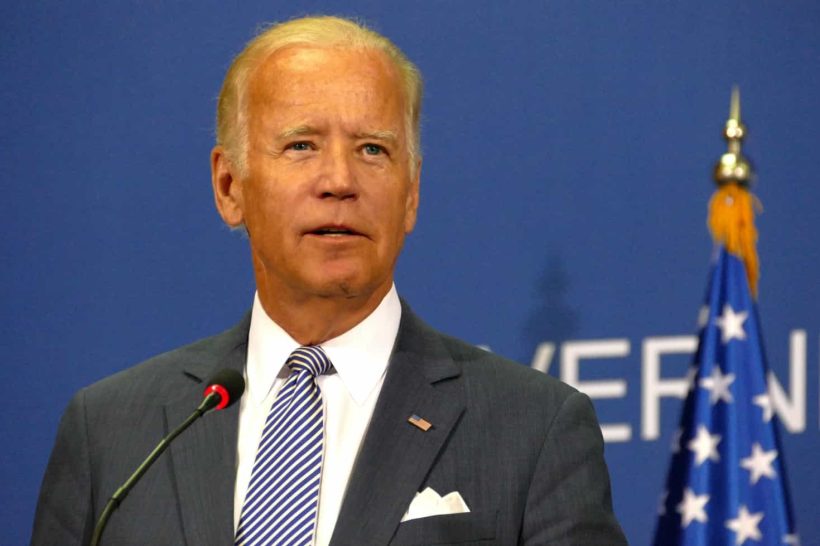 In a field of Democratic presidential hopefuls that have come out in favor of major overhauls of marijuana legislation, and in many cases full legalization, Joe Biden remains somewhat of an outlier. He has drawn criticisms for his historic stance on the issue, and for his somewhat tepid support for broad legal reforms. That said, his position does seem to be evolving over time and shifting away from his former hardline position.

The War on Drugs

By the late 1980s, the initiative known as the War on Drugs, which was created by President Nixon, had escalated into the Zero Tolerance policies of the Regan years. It was in this historic context that Senator Joe Biden served as head of Senate Judiciary Committee that wrote many of the laws that resulted in increased rates of incarceration and tougher prison sentences for drug offenses. These included legislation that created a National Drug Czar, the Narcotics Control Act, and the Violent Crime Control and Law Enforcement Act.

As reported in the New York Times, Biden once remarked on the Senate floor:

The truth is, every major crime bill since 1976 that’s come out of this Congress, every minor crime bill, has had the name of the Democratic senator from the State of Delaware: Joe Biden.

And in response to President George H.W. Bush’s 1989 speech on a revised anti-drug policy, Biden responded on national television criticizing the plan as “not going far enough.” Biden went to add that:

Quite frankly, the president’s plan is not tough enough, bold enough, or imaginative enough to meet the crisis at hand. [we must] hold every drug user accountable. Bush’s plan doesn’t include enough police officers to catch the violent thugs, not enough prosecutors to convict them, not enough judges to sentence them, and not enough prison cells to put them away for a long time.

By 2010, the number of Americans who favored the legalization of marijuana surpassed those in opposition, and support has continued to grow in the decade since. Such major shifts in public opinion are not lost on politicians, so it’s not surprising that Biden would soften his stance on drug policy to some degree — but not entirely. In a 2010 interview with Pat Robertson on the 700 Club, Biden reasserted his long-held belief that marijuana was a gateway drug. When pressed by Robertson, who noted that current drub laws that were sending people to jail for a few ounces of pot were “costing us a fortune and ruining young people,” Biden conceded that there is a difference between sending people to jail for a small amount of marijuana and legalizing it. He remarked that

The punishment should fit the crime. But I think legalization is a mistake.

As Vice President under Barack Obama, Biden’s position on marijuana remained unchanged, even after Obama went on record in 2014 saying he had used marijuana in his youth, and declared that, while he considered it a bad habit it like cigarettes: “I don’t think it is more dangerous than alcohol.”

Several weeks later in an interview with Time, Biden stated that the Obama Administration supported smarter enforcement on marijuana laws, but not legalization. He said that:

I think the idea of focusing significant resources on interdicting or convicting people for smoking marijuana is a waste of our resources. That’s different than [legalization]. Our policy for our Administration is still not legalization, and that is [and] continues to be our policy.

As Biden’s record on drug policy came under increasing scrutiny with his announced run for president, his position on the legalization of marijuana has not changed. It has, however, shifted to include a number of concessions moving him a step closer to the nation’s majority opinion.

In May of 2019, Biden campaign spokesman Andrew Bates told CNN:

Vice President Biden does not believe anyone should be in jail simply for smoking or possessing marijuana. He supports decriminalizing marijuana and automatically expunging prior criminal records for marijuana possession, so those affected don’t have to figure out how to petition for it or pay for a lawyer.

He would allow states to continue to make their own choices regarding legalization and would seek to make it easier to conduct research on marijuana’s positive and negative health impacts by rescheduling it as a schedule 2 drug.

Similar statements were made through the course of the summer and fall, but in a November 16 statement to the media, Biden seemed to take a step backwards when he said:

The truth of the matter is, there’s not nearly been enough evidence that has been acquired as to whether or not it is a gateway drug. It’s a debate, and I want a lot more — before I legalize it nationally — I want to make sure we know a lot more about the science behind it.

Adding that he was:

Not prepared to push for the legalization. Medical marijuana yes — but the legalization of marijuana for recreational use in fact is one that I need more data to make that judgment. But no one should go to jail for it, period.

With historic legislation on the national decriminalization now on its way to a full vote in the House of Representatives, most observers expect Biden’s stance on the subject to undergo additional changes. As Democratic presidential candidate Andrew Yang, who has famously supported his support for legal marijuana on Twitter recently told CNN’s Erin Burnett:

I believe that Joe actually will end up evolving on this issue over time if he sees the same evidence I that have.

CannaMD will continue to provide updates on medical marijuana and the status of marijuana reform as the nation moves deeper into the 2020 campaign season. If you have questions about medical marijuana, or conditions that qualify for medical marijuana therapies in the state of Florida, our board-certified physicians are here to help. Call our team at (855) 420-9170 or fill out a brief online application to see you qualify for treatment.