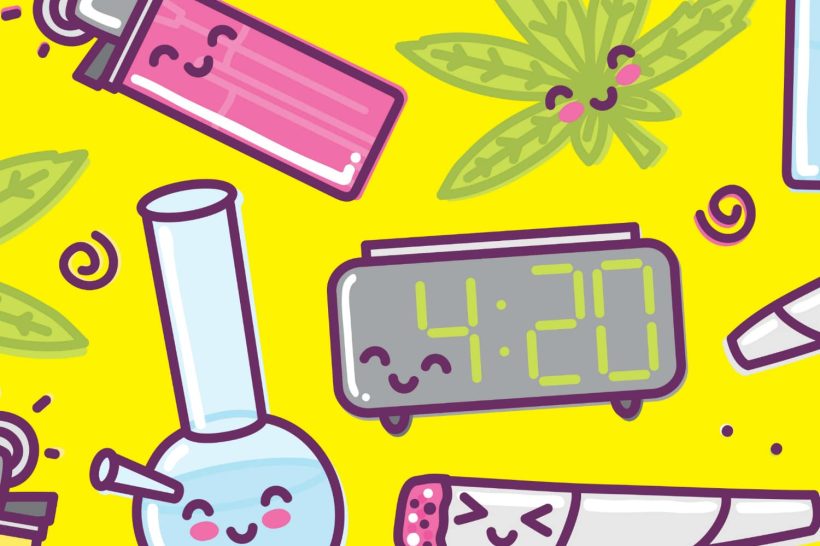 Ever wonder how one particular spring day – April 20th (4/20) – became a semi-official holiday devoted to marijuana?

According to a story that appeared in the Huffington Post, it all started back in the 1970s when a few California high school students learned where they could safely harvest free marijuana and, armed with a “treasure map,” headed into the woods at 4:20pm each day to find their bud bounty.

And of course, the Grateful Dead played a bit of a role.

Curious to learn more? CannaMD sorts out one of marijuana’s most famous myths in today’s post!

Now, there are plenty of other stories that you might have heard, such as 420 being the police code for “marijuana smoking in progress.” But, according to CNN, that particular code means “juvenile disturbance” and has nothing whatsoever to do with marijuana.

CNN also debunked a theory that 420 was connected to California’s penal code related to the punishment for marijuana use and distribution.

And the 420 story about Bob Dylan and his classic song, “Rainy Day Women #12 & 35” (which contains the lyric: “Everybody must get stoned”)? It circulated because 12 multiplied by 35 is 420. However, Dylan has been mum about the whole thing, and this theory seems pretty cerebral – even for pot smokers in the 1970s.

Most people – including marijuana enthusiasts, like former Grateful Dead guitarist Warren Hayes – don’t have a clue about the true origins of 420.

I don’t know the real origin. I know myths and rumors.

I’m really confused about the first time I heard it. It was like a police code for smoking in progress or something.

Ironically, it was a group of Grateful Dead fans that started the 420 craze.

According to Steven Bloom, a writer for High Times and avid Grateful Dead fan, it started when five San Rafael High School students known as the “Waldos” learned about a marijuana plot that a member of the Coast Guard was being forced to abandon back in the fall of 1971, right around harvest time.

The Waldos had a reputation for being major marijuana smokers and so, when they were handed a hand-drawn map to the abandoned marijuana plot on Point Reyes Peninsula, they – and many of their friends – were totally in.

As Waldo David Reddix explained in an interview with the International Business Times:

When you are in high school and you have no money and there is free weed, you go for it.

Like kids today thinking about candy, all we could think about was that candy out there on the coast.

To begin their search, the Waldos met every day at 4:20 p.m., right after sports practice but before their parents came home, to hunt for the treasure.

In 1990, the term 420 gained traction when High Times writer Steven Bloom was at a Grateful Dead concert, hanging out in “The Lot” (a parking lot that became a marijuana tailgate party of sorts prior to shows). Bloom was given a flyer that read:

Bloom began to research the term, which he had never heard before, and eventually met with the Waldos, who had searched for the mysterious Point Reyes Peninsula marijuana plot back in the 1970s.

According to one Waldo named Steve:

We’d meet at 4:20 and get in my old ‘66 Chevy Impala and, of course, we’d smoke instantly and smoke all the way out to Pt. Reyes and smoke the entire time we were out there.

We did it week after week. We never actually found the patch.

But the Waldos did establish a code that spread throughout their school and beyond, thanks to friends and then friends of friends – including Grateful Dead members – who used 420 as a message regarding anything related to marijuana.

The Dead connections were more than geographic – the band had moved to the hills of Marin County, blocks away from the high school where the Waldos studied and got high. Waldo Mark’s dad handled the Grateful Dead’s real estate holdings. Waldo Dave’s brother was also friends with the band’s bassist, Phil Lesh, and managed a side band that included Lesh and David Crosby.

This connection, between Waldo Dave’s brother and the rock legend, is believed to be how 420 found its way onto a Grateful Dead poster – although Lesh wasn’t sure if the Waldos coined the term, telling the Huffington Post after a concert:

I do not remember. I’m very sorry. I wish I could help.

However, Lesh added that he “wouldn’t be surprised” if the Waldos had created the phrase.

According to Bloom, the first reporter to mention 420 in a story, High Times began commonly using the term, which gave the phrase global recognition.

I thought it was pretty funny. What started out a little funny joke, a secret code, turned into a worldwide phenomenon.

While there may still be other versions of the story floating around, the Waldo tale is the one that offers the most credibility. According to High Times editor Steve Hager:

No one’s ever been able to come up with any use of 420 that predates the 1971 usage, which they had established.

So, unless somebody can come up with something that predates them, then I don’t think anybody’s going to get credit for it other than them.

* All of the clocks in Quentin Tarantino’s Pulp Fiction are set at 4:20.

* The score on the football scoreboard in Fast Times at Ridgemont High reads 42-0.

* One of the first print references to 420 was published in a San Rafael High School newspaper, where – in answer to the question: If you had the opportunity to say anything in front of the graduating class, what would it be? – Waldo Craig replied: 4-20.

That’s what we’re here for! CannaMD‘s qualified team of Florida medical marijuana doctors offers convenient locations across the state. Give us a call today at (855) 420-9170 or fill out a quick online application to find out if you qualify!