What’s the Link Between Marijuana and Testicular Cancer? 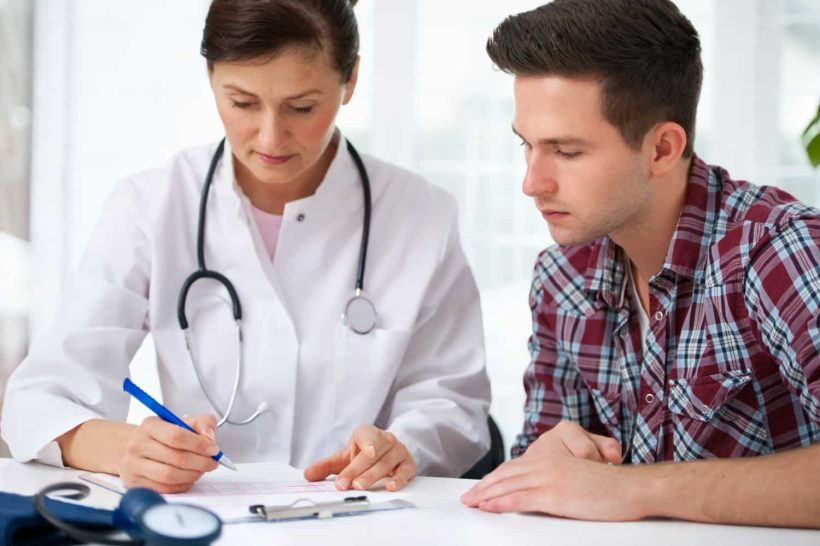 Is there a link between marijuana use and testicular cancer? A recent study released in the Journal of the American Medical Association (JAMA) raises this question. The study ultimately was not able to draw definitive conclusions to either reject or support a strong and certain association between marijuana use and this less-common type of cancer, but particular wording within the study did spark a flurry of articles in the mainstream media.

In the article, titled Association Between Marijuana Use and Risk of Cancer, A Systematic Review and Meta-Analysis, researchers looked at 25 studies dating back to 1973, with the goal of “assessing marijuana use and the risk for developing lung, head and neck, urogenital, and other cancers.” The study’s threshold for regular marijuana use was defined as the equivalent of a joint per day for at least one year.

The authors were unable to make a clear association between marijuana use and a broad range of cancers, but in their concluding statement noted that:

Low-strength evidence suggests that smoking marijuana is associated with developing TGCT [testicular germ cell tumors]; its association with other cancers and the consequences of higher levels of use are unclear.

Much of the reporting in the popular press that followed the release of this study omitted an important component of this conclusion, which is the quality of the supporting evidence. In this case, the researchers stated that the evidence was of a “low-strength” nature. The Evidence-based Practice Center (EPC) program of the Agency for Healthcare Research and Quality (AHRQ), gives this definition of “low-strength” evidence:

The fact that evidence was low-quality in nature does not negate the possibility of an association, but neither does it support a direct link. In addition, the study also acknowledges that there were a number of additional variables such as lifestyle, family histories, and tobacco use that were not taken into account. This led the authors to highlight the need for more long-term studies of marijuana-only smokers with more tightly defined parameters.

Based on the JAMA report, male users of medical marijuana should certainly continue to follow developing research on a potential link between regular cannabis consumption and an increased risk of developing certain types of testicular germ cell tumors (TGCTs). They might also want to investigate the various risk factors that make individuals more susceptible to developing TGCTs.

Statistically speaking, testicular cancer is both a relatively rare form of the disease, and one that has historically strong rates of survival. Of the more than 1.7 million cases of cancer diagnosed in the United States in 2018, TGCTs will account for just 8,000 to 10,000. In addition, the cure rate for testicular or testis cancer is greater than 95 percent.

As new research emerges, CannaMD will continue to monitor and report on new developments on the subject. If you have questions on medical marijuana, our board-certified physicians are always available to answer questions and provide help.

If you have questions or are seeking treatment for relief of a qualifying condition, you can always call us at (855) 420-9170 or fill out a quick and easy online form!