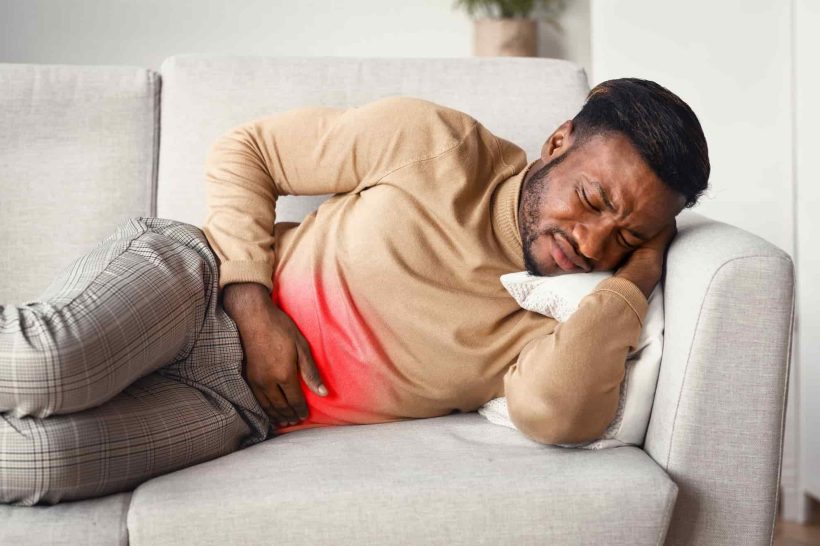 Cannabis has been linked to symptom relief involving a number of gastrointestinal disorders, such as inflammatory bowel disease and celiac disease. And now, research suggests that marijuana may also help patients who have been diagnosed with gastroparesis!

Gastroparesis is a condition in which the stomach cannot properly empty itself of food in a timely manner. This can cause a wide range of uncomfortable symptoms that traditional medicine has difficulty treating, such as nausea, abdominal pain, and bloating.

Today, CannaMD does a deep dive into how medical marijuana can make all the difference when it comes to treating gastroparesis.

According to the National Institute of Diabetes and Digestive and Kidney Diseases, gastroparesis is also known as delayed gastric emptying and is a disorder that delays or completely stops food from moving into the small intestine from the stomach. This happens despite no blockage in the digestive tract.

The most common cause of gastroparesis is neuropathic damage brought on by diabetes. Symptoms can include nausea, vomiting, abdominal pain, and a feeling of fullness shortly after starting a meal or long after finishing a meal. Treatment for this condition is dependent on the severity of the symptoms as well as the underlying cause.

If diabetes is the underlying cause, the most essential form of treatment is managing blood sugar levels through diet and medication. For other causes, resulting in idiopathic gastroparesis, medications may be prescribed to help with nausea and vomiting, as well as to help the stomach empty properly. However, managing the symptoms of gastroparesis can be difficult, as certain patients may not find relief from traditional medications.

The authors of the study note:

These receptors may play a role in the regulation of food intake, nausea and emesis, gastric secretion and gastroprotection, GI motility, ion transport, visceral sensation, intestinal inflammation, and cell proliferation in the gut.

Researchers also point out that while the regulation of symptoms such as nausea and vomiting in the GI tract by cannabinoids and the endocannabinoid system has shed some light on how cannabis can help those suffering from gastroparesis, more research is needed.

Thus far, despite evidence of visceral sensitivity inhibition in animal models, data in irritable bowel syndrome (IBS) patients is scarce and not supportive. Furthermore, many compounds that either act directly at the receptor or increase (or reduce) ligand availability have the potential to affect other brain functions and cause side effects.

The importance of further research is clear, but the current data on cannabis and GI disorders and their symptoms is compelling, with the researchers concluding:

The promise of emerging drugs that are more selective and peripherally acting suggest that, in the near future, cannabinoids will play a major role in managing an array of GI diseases.

Of the many possible symptoms that can arise due to gastroparesis, abdominal pain is among the most common and difficult to manage, with up to 90% of patients reporting the condition. Further, treatment options are often limited for neuropathic gastroparesis, with traditional medications not always being effective.

A 2018 study published in the American Journal of Gastroenterology explored cannabis as a treatment option for gastroparesis and found that cannabinoids were effective in decreasing pain in gastroparesis patients. The study evaluated the effects of delta-9-tetrahydrocannabinol (THC) and Dronabinol (a synthetic cannabinoid) in 24 patients with difficult-to-manage abdominal pain as a symptom.

At the end of the study, patients reported a statistically significant decrease in pain after taking THC, Dronabinol, or a combination of both. The researchers concluded:

Our study shows that cannabinoids may play an important role in the management of gastroparesis-related abdominal pain. There are currently no treatments shown to be effective for gastroparetic pain in clinical trials, and cannabinoids may serve a niche for this under-treated symptom.

Another study published through Cureus in 2019 found similar results. Twenty-four patients with refractory gastroparesis symptoms rated their pain and symptom severity through the Gastroparesis Cardinal Symptom Index (GCSI) and an analog pain scale. The patients then underwent at least 60 days of treatment with either THC or Dronabinol before rating their symptoms again.

The results of the study found that both THC and Dronabinol were effective in decreasing symptoms of gastroparesis.

As the study concludes:

Furthermore, an improvement in abdominal pain with cannabinoids represents a breakthrough for gastroparesis-associated abdominal pain treatment, for which there are currently no validated therapies.

If you have a medical condition that you think can be treated with medical marijuana, CannaMD can help! Our network of Florida doctors can review your medical history, answer any questions you have, and, if you qualify, certify you for a medical marijuana card. To get started, give us a call at (855) 420-9170 or fill out our easy-to-use application.