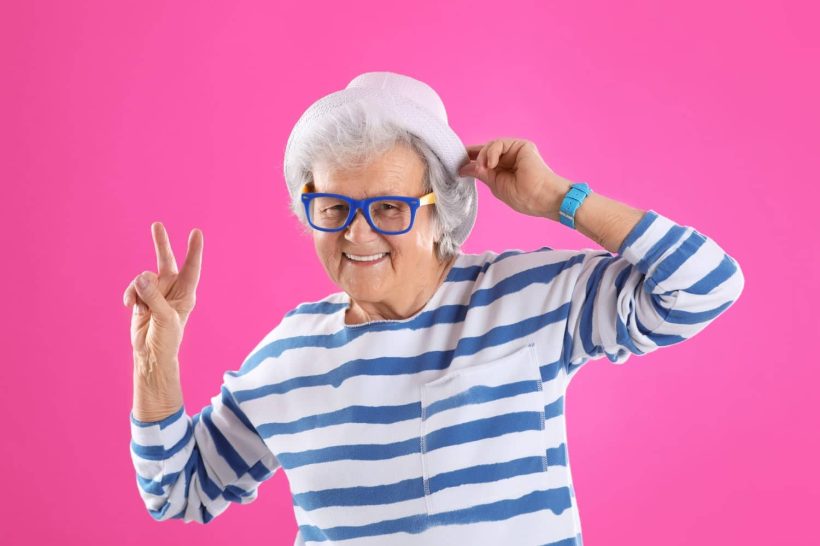 In recent years, there has been a significant increase in marijuana use by persons over the age of 50, with the greatest increase among those 65 and older. In addition, a 2021 study published by the Journal of the American Geriatrics Society notes that the majority of older adults now using cannabis did not begin use until after the age of 60.

This uptick in cannabis use by seniors is less about recreational use, and instead corresponds with the increasing availability of medical marijuana in the United States. Sources have identified therapeutic benefit as the main reason for use by older individuals. But as more seniors embrace the concept of marijuana as medicine, some within the medical community have raised questions and voiced concerns over the risks later-life cannabis use might pose to memory and cognition.

Today, CannaMD takes a look at the wealth of research challenging those concerns.

While a great deal of research is devoted to the effects of marijuana on young and developing brains, as we have previously reported, far less research has focused on the effects of marijuana use on older human brains. This relative scarcity of factual information allows for a wide range of speculation on the subject, casting marijuana use as everything from a source of dire problems to a highly beneficial addition to medical therapies. The good news is that the literature that does exist tends to nullify concerns over marijuana’s potentially negative impact on cognition and neural health among older users.

A study conducted at the University of Colorado Boulder used magnetic resonance imaging to compare the brain structure of long-term cannabis-using adults (average age 69) and non-users (average age 66). Researchers reported no significant differences between the two groups in gray or white matter volumes or in any cognitive domains, and a battery of cognitive performance tests showed no observed differences between the groups.

These results suggest that cannabis use likely does not have a widespread impact on overall cortical volume while controlling for age.

In a small-scale study reported in European Neuropsychopharmacology, subjects with an average age of 72 were monitored after receiving doses of either 3mg, 5mg, or 6.5mg of THC in oral form. Based on their observations, the researchers state:

THC appeared to be safe and well-tolerated by healthy older individuals.

They also highlighted the need for additional studies:

Data on the safety and effectiveness of THC in frail older persons are urgently required, as this population could benefit from the therapeutic applications of THC.

In a comprehensive 2019 literature review on the topic of age-related effects of marijuana use in older adults, another group of researchers added:

Pre-clinical evidence suggests that the main constituents of cannabis (THC and CBD) may have neuroprotective properties in normal and pathological aging, particularly in Alzheimer’s disease.

How Does Marijuana Help Brain Health?

A second review of literature related to the effects of cannabis use on cognitive function in older adults noted a scarcity of peer-reviewed information on the subject, with just three reports from human trials and three from animal studies identified. The authors concluded that existing human trials were limited by a range of methodological hurdles, while also noting that “better-controlled rodent studies indicate that the relationship between delta-9-tetrahydrocannabinol (THC) and cognitive function in healthy aging depends on age and level of THC exposure.”

A landmark study on the subject published in the May 2017 edition of Nature Medicine describes the effects of administering low-dose THC to mice in laboratory conditions. Researchers report:

THC reversed the age-related decline in cognitive performance of mice aged 12 and 18 months. This behavioral effect was accompanied by enhanced expression of synaptic marker proteins and increased hippocampal spine density.

In a subsequent letter to the same publication, the study authors elaborated on their findings by describing the results of a series of memory and spatial learning tests that was administered to young mice, old mice, and old mice who were administered low-dose THC for a period of 28 days.

Old mice who were administered THC showed marked improvement across a range of tests for memory, learning, and social recognition as compared to old mice in the control group (no THC administered). Additionally, test performance for THC-treated old mice was similar to that of young mice!

In their concluding remarks, the authors state:

Cannabis preparations and THC [used for medicinal purposes] have an excellent safety record and do not produce adverse side effects when administered at a low dose to older individuals.

Thus, chronic, low-dose treatment with THC or cannabis extracts could be a potential strategy to slow down or even to reverse cognitive decline in the elderly.

The results of a similar study published the same year in the journal Neurobiology of Aging show that 24-month-old female mice that were given a single administration of low-dose THC performed significantly better than untreated old mice on a battery of six behavioral assays that measured various aspects of memory and learning. In addition, the mice provided with THC had similar performance scores as two-month-old mice! These beneficial effects were observed to last for a period of at least seven weeks.

The single injection of THC increased the level of Sirtuin1, an enzyme that has been previously shown to be involved in neuroprotection and neuroplasticity, in the hippocampus and in the frontal cortex of old mice.

These findings suggest that extremely low doses of THC that are devoid of any psychotropic effect and do not induce desensitization may provide a safe and effective treatment for cognitive decline in aging humans.

As new information on the effects of marijuana use on age-related cognition comes to light, CannaMD will continue to keep you informed.

Curious about trying medical cannabis? Give CannaMD‘s statewide network of medical marijuana doctors a call at (855) 420-9170 or complete a quick application today!