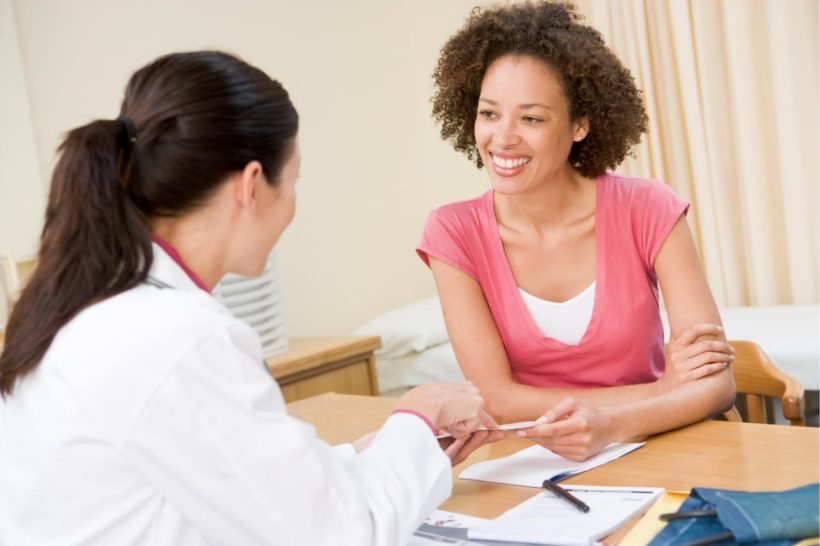 Depression affects 20% of the U.S. adult population. Fortunately, research suggests medical marijuana may offer much needed symptom relief. In fact, a new study published in the Yale Journal of Biology and Medicine found that cannabis flower may provide near-immediate relief of depression symptoms!

In the novel study conducted by researchers at the University of New Mexico, nearly 2,000 people self-administered cannabis over a three-year period and reported their marijuana use via the Releaf App that was specifically designed for the study’s data collection needs.

Researchers wanted to know whether consumption of commercially available common strains of cannabis flower affected depression in real time, so they recorded details such as product used, method of administration, and plant phenotypes, as well as collecting information on a wide range of symptoms and severity markers.

The research data from this study shows that the overwhelming majority of users (nearly 96%) experienced depression relief:

The findings suggest that, at least in the short term, the vast majority of patients that use cannabis experience antidepressant effects, although the magnitude of the effect and extent of side effect experiences vary with chemotypic properties of the plant.

Cannabis users reported feeling relaxed, peaceful, happy and optimistic, and when measured on a quantitative scale of 0 to 10, users reported an average of a 3.76-point reduction in symptoms. Marijuana also appeared to work faster than traditionally available medications, with the study authors writing:

One of the most clinically relevant findings from this study was the widely experienced relief from depression within 2 hours or less.

Because traditional antidepressants have times-to-effect in weeks, short-term Cannabis use might be a solution to these delays in treatment or could be used to treat acute episodes associated with suicidal behavior and other forms of violence.

While cannabidiol (CBD) levels appeared to be unrelated to symptom intensity, tetrahydrocannabinol (THC) levels were the strongest indicator for depression symptom relief.

Evidence amassed in the literature to date provides mixed findings which can often be unclear and even confusing. In some papers, researchers have touted CBD as possibly useful in treating depression because the cannabinoid appears to interact positively with the brain’s serotonin receptors. However, the few research studies on CBD and depression have been conducted only in animal models which may not directly translate to human conditions. Human reports to date on the subject are largely anecdotal.

A larger body of research in both humans and animals has shown that THC influences production and release of dopamine, well known as a “feel good” mood-elevating neurotransmitter. In fact, dopamine is often referred to as the “motivation molecule,” providing people with focus and drive. Dopamine is integral to brain function and is involved with sleep, memory, concentration, learning and mood. While depression is most often associated with discussions of serotonin, dopamine has also been implicated. Past studies have shown that THC’s effect on dopamine is very dependent on not only dose, but also time and duration of cannabis administration.

Furthermore, THC and CBD may have a synergistic effect. As the study authors note:

Future research should focus on how THC and CBD interact with other cannabinoids, terpenes, and flavonoids synergistically to alleviate symptoms of depression in vivo.

There were other important study findings, as well. For instance, this study showed that symptom relief did not vary among indica, sativa, or hybrid plant phenotypes, nor did the combustion method appear to make a difference. Interestingly, about one in five people studied did report negative side effects of cannabis use which seemed to increase symptoms of depression, in particular a feeling of demotivation.

WHY MORE RESEARCH IS NEEDED

This report provides the first prospective study of cannabis use and its effect on symptoms of depression. The authors note a similar Canadian study that relied on retrospective rather than prospective reporting:

A recent study using a similar app among a smaller sample of mostly Canadian respondents showed that cannabis users report dramatic (around 50%) reductions in depression symptom intensity. However, the app relied on retrospective (rather than prospective) reporting and used a respondent incentive system that rewards users for repeated engagement with the app, which could lead to confounding motivations for using the app and potentially weaken the validity of the study’s findings.

While more research is needed regarding the extent to which both positive and negative effects of cannabis use vary among individuals and plant types, this research provides compelling evidence that marijuana may indeed help people fight depression. Given that 20 million Americans are affected by depression, cannabis may offer a bright future for the disorder.

Among the most pressing epidemics faced by Western societies and future generations worldwide, depression is also a core feature of numerous other health conditions, including cancer, substance use disorders, anxiety disorders, schizophrenia, dementia, diabetes, cardiovascular disease, chronic pain, and other physical disabilities.

Depression and anxiety often occur together, with an overwhelming majority of patients with depression also suffering from anxiety and vice versa, with many patients experiencing disturbances in sleep and concentration.

Current pharmaceutical treatments for depression include antidepressant medications that are not effective in many patients. In fact, a growing body of literature suggests antidepressants may actually cause more harm than good. For many patients, the side effects of these medications are difficult to bear, so many often turn to alcohol or other illicit drugs for symptom relief.

With seemingly no end to the depression epidemic in sight, this study offers promise that medical marijuana may provide safe, effective and natural help for people in need.

How to Treat Depression with Marijuana

If you currently suffer from depression, call CannaMD at (855) 420-9170 to learn how medical marijuana can help. Our team of board-certified physicians are qualified to certify patients to receive their Florida medical marijuana cards. Don’t have time to call? Fill out our quick and easy online application to find out if you qualify today!