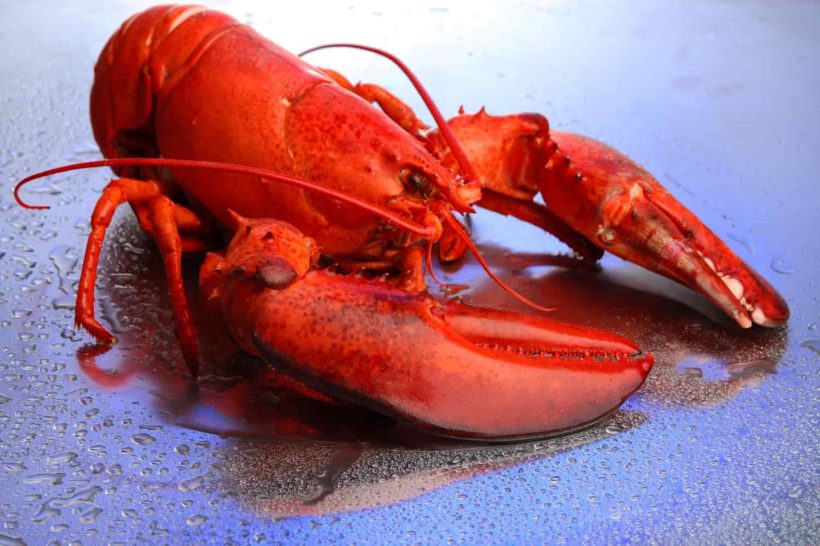 Think THC is reserved for vertebrates? Maine lobsters may beg to differ.

Recent interest in the effect of THC on invertebrates may point to some surprising results for marijuana use in seafood restaurants and beyond.

The owner of a popular lobster restaurant in Maine, and self-proclaimed animal lover, wanted to find a more humane way to cook the lobsters in her restaurant. In an effort to offer a less painful demise for her seafaring decapod delights, she decided to turn to marijuana in search of a solution.

What was her answer, you ask? Hot boxed crustaceans, of course!

The initial experiment carried out in the kitchen of Charlotte’s Legendary Lobster Pound was, perhaps, a bit less scientific than many experts in the field of medical marijuana would prefer. Although quite compelling, much of the data that Charlotte’s experiment uncovered was more observational than anything else.

Stating that the “totally sedated” lobsters resembled “limp noodles” after a 3-5-minute hot box session, Charlotte certainly makes a convincing argument as to the effectiveness of marijuana’s role in pain and anxiety relief in lobsters.

However, as the science just wasn’t there to back up the claims, it came time to put Charlotte’s findings to the test.

Answering the call for a more scientific approach, a team of scientists from an assortment of universities, including UC San Diego, The Scripps Research Institute, Colorado College, and the University of Washington, decided to delve a little deeper into the science behind Charlotte’s claims.

The University-based study sought to achieve two primary goals. The first was to confirm the possibility of THC uptake through the respiratory systems (gills) of the lobsters, and the second was to test the effectiveness of the psychoactive compound (THC) on stress and pain levels in crustaceans.

To answer questions relating to THC’s effectiveness at reducing the nociceptive reactions of the lobsters when placed into hot water, scientists needed a THC delivery method.

For this, a closed, vacuum-sealed aquarium was used. Researchers were able to administer precise THC doses of marijuana vapor from an e-cigarette device into the enclosure.

To determine whether THC could, in fact, enter into the tissue of the lobsters through their gills, researchers used a mixture of propylene glycol and THC, with the THC concentrated at a rate of 100 mg/mL.

The marijuana vapor was pumped into the vacuum chamber in 6-second increments, once every 5 minutes, for periods of 30 and 60 minutes.

Once sufficiently intoxicated (the lobsters, that is), the research team observed two crucial areas of interest: movement patterns and speed, and nociceptive reaction brought on by contact with warm and hot water.

As for movement, the lobsters were found to be slower and didn’t travel as far as when not exposed to THC. Interestingly, the contact high that they experienced from the “hot box” did not make them less eager to get around, as they were just as active as before.

Where pain response was concerned, the nociceptive reaction to the hot water did not show enough of a reduction to make the conclusion that being stoned acted as a pain killer for the lobsters. Whether the lobsters were exposed to marijuana vapor for 30 minutes or 60 minutes, the response to pain was still noticeable.

The experiments carried out by both the Maine restaurateur and the research team in San Diego offer some interesting insights into THC’s potential effect on a species that was previously not known to be affected by THC.

These results show us that lobsters do, in fact, get high. They also show that it may take very concentrated doses of THC to create a “wet noodle” effect on Maine lobsters.