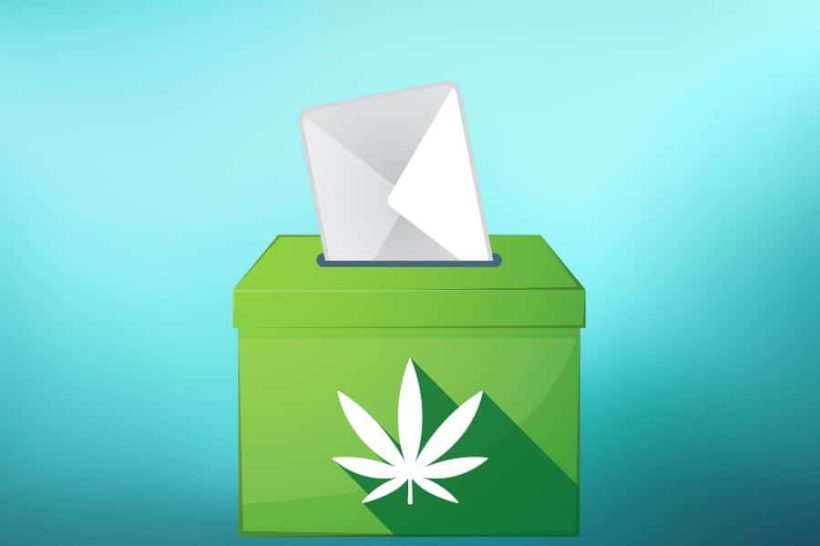 Recreational cannabis is now legal in close to half of the United States thanks to the passing of certain ballot measures during this week’s elections.

The 5 states with recreational marijuana on the ballot were:

While some polls indicated that at least three of these states were likely to vote in favor of legalized recreational cannabis, the final results determined otherwise.

Here’s a closer look at how things played out state-by-state.

On the 2022 Arkansas ballot is Amendment 4. This amendment calls for the allowance of “possession, personal use, and consumption of cannabis” by adult residents. A poll by Hendrix College and Talk Business & Politics indicated that 50.5% of residents supported Amendment 4, while 43% opposed it.

However, the results are in and recreational marijuana will not be passed in Arkansas this year.

Maryland was easily the most pro-cannabis state on this list. Initial polls showed that 73% of the state’s residents supported complete legalization of recreational cannabis. Now that recreational marijuana has officially been passed here, the possession and use of cannabis will become legal for people 21 and older starting in July 2023.

Missouri just passed a similar pro-cannabis amendment. While only 35% of polled voters opposed it, advocates say that Amendment 3 isn’t quite pro-cannabis enough since it fails to decriminalize public cannabis consumption.

North Dakota has voted against recreational cannabis in the past, but many pollers believed that the 2022 race may produce a different outcome. Advocates have been shuttling more funds towards legalization campaigns and making significant efforts to address the concerns of more skeptical residents. Unfortunately, these legalization campaigns weren’t enough to pass recreational marijuana in North Dakota this year.

It’s been largely unclear exactly how South Dakotans feel about recreational cannabis. While voters approved it in 2020 (this approval was soon blocked by the state’s supreme court), polls indicated that support may have waned. A recent poll from Keloland Media Group showed that just 40% of residents supported recreational cannabis while almost 51% opposed it. To the disappointment of marijuana advocates throughout the state — the initial polls were accurate — and recreational marijuana will not be passed.

FEDERALLY LEGAL CANNABIS: COULD IT HAPPEN?

Cannabis has been classified as a Schedule 1 substance since 1972. This classification puts it in the same category as heroin, ecstasy, LSD, etc.

But now the tide is turning to such an extent that cannabis may soon become legal on the federal level. Polls indicate that 68% of Americans now support federal legalization — more than at any other time in recent history and far more than the approximately 50% who supported such legalization efforts in 2013.

Different levels of acceptance still abound, however, across party lines:

THE FUTURE OF RECREATIONAL CANNABIS

Federally legal cannabis probably won’t appear this November, but it will certainly come eventually. In the meantime, nearly half of the United States will have access to legal cannabis soon!

Many states, including Florida, have already implemented excellent medical marijuana programs. Call us at (855) 420-9170 or fill out our easy quick application today to experience what medical cannabis is all about.