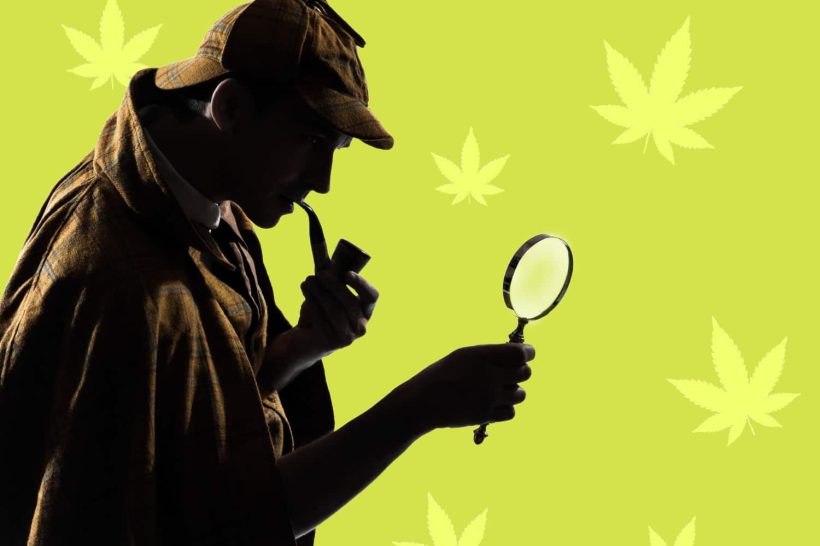 While scientists have a number of sayings, perhaps none is more famous than:

Correlation does not imply causation.

Translation? Just because two things appear to be associated does not mean that one causes the other.

And yet, a large number of anti-cannabis arguments are based on this very logic.

Today, CannaMD takes a look at research from Yale, the Cato Institute, and more to find out how this super important concept factors into the marijuana and mental illness debate – and why Florida medical marijuana patients should care.

While some prohibitionist positions are rooted in stigma, many do rely on studies – which is why it’s important to understand both sides of the issue.

For example, a 2017 retrospective cohort study examining 13,986 twins found that:

Likewise, a 2020 analysis of the National Health and Nutrition Examination Survey concluded:

Individuals with depression are at increasing risk of cannabis use.

However, according to Dr. D. Mark Anderson, that’s not the end of the story.

Suicides among men aged 20 through 39 years fell after medical marijuana legalization compared with those in states that did not legalize.

We find no statistically significant association between medical marijuana policy and suicide risk.

So why the discrepancy in research?

According to today’s study authors:

Critics of marijuana legalization point to studies showing correlations between heavy cannabis use and suicide, depression, and mental health disorders. However, such studies that demonstrate correlation have yet to confirm causation, which should be determined by a model’s ability to predict.

In a new study titled, “Effect of cannabis liberalization on suicide and mental illness following recreational access: A state-level longitudinal analysis in the USA” (available ahead of peer-review on the pre-print network, MedRxiv), researchers from Yale Law School, Case Western Reserve University School of Medicine, the Reason Foundation, University of Arizona, and the Cato Institute reviewed suicide mortality rates from the National Center for Health Statistics and mental health morbidity rates from the National Survey on Drug Use and Health, using Anderson’s same approach.

Interestingly, as the researchers point out:

Anderson et al. found that medical marijuana legalization led to 10.8% and 9.4% drops in the suicide rates for males in the 20 to 29 and 30 to 39 age groups, respectively, many of whom would now be in this study’s males age 40 to 49 cohort. This population is now older because the most recent data from the previous study were published 12 years before our latest observations.

…[W]e conclude that the original study’s model is robust to new developments in marijuana policy and additional years of data.

But what about depression and mental health in general?

After conducting a longitudinal analysis of data from all 50 states and Washington, D.C. (spanning 1999 to 2019), researchers concluded:

We find that marijuana liberalization in general does not lead to undesirable outcomes for any age group or gender at the population-level, despite correlations between marijuana use disorder and mental illness at the individual-level.

Nonetheless, there is no evidence that the liberalization of marijuana is leading to higher rates of suicide or mental illness in the USA.

Although those reporting depression to SAMHSA have increasingly used marijuana since states began increasing access to regulated cannabis, we observe no evidence that cannabis liberalization has predictive relationships with reports of any mental illness.

With population-level mental health outcomes deteriorating during a period of increasing regular cannabis use, the American Medical Association continues to oppose cannabis legalization for both medical and recreational purposes. But with increasing evidence of marijuana’s medicinal benefits, and with its growing popularity as a recreational drug, it is necessary to definitively answer whether adverse population health outcomes predictively follow liberalization efforts.

If today’s study is any indication, that answer is no.

According to a 2017 report issued by the Florida Department of Health, the nationwide percentage of adults who report “poor mental health” for 14 days or more out of the past 30 days is 11-2% – meanwhile, Florida’s percentage sits at 13.9%.

If you or a loved one suffer from depression and are a permanent or seasonal resident of Florida, CannaMD‘s statewide network of medical marijuana physicians can help. To get started, fill out a quick online application or call (855) 420-9170.

Having suicidal thoughts? The National Suicide Prevention Lifeline is available 24 hours a day at (800) 273-8255.