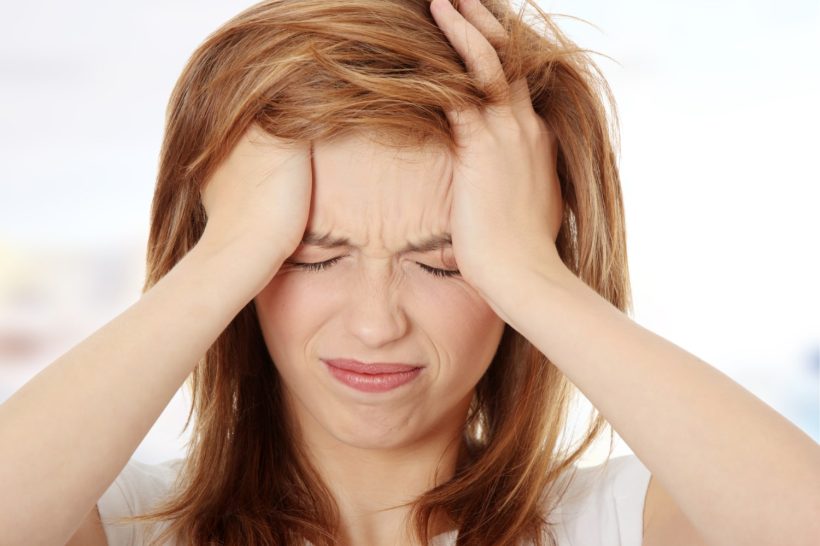 Cannabis has been used for centuries to manage chronic pain from all sources and, as a recent study highlights, its positive effects extend to migraines.

According to Healint, a leading provider of healthcare technology, 30% of people who suffer from migraines in the United States have used cannabis to relieve migraine pain and 82% of those who did found that it reduced pain levels.

Read on to learn how medical marijuana helps migraines and headaches, and why neurologists are increasingly optimistic about this non-traditional treatment!

According to a recent study published in the Journal of Headache Pain, across 2,032 patients and 21 illnesses, headache was a symptom treated with cannabis in 24.9% (505) of cases, while 88% (445) of headache patients treated probable migraines with cannabis. (Hybrid strains were most commonly preferred for all types of pain, with “OG Shark” the most preferred strain in the migraine and other headache groups.)

Study authors suggested that THC was primarily responsible for such benefits; however, THC was not specifically studied or compared to CBD alone. It is likely that the combination of CBD and THC in the cannabis contributed to the entourage effect, which simply means that the combination is more effective than either cannabinoid used alone.

The present study relied on Migraine Buddy, a leading mobile application that tracks migraine symptoms. Developed with world-class neurologists, the Migraine Buddy app allows its 2 million-strong user community to record key information about their migraine attacks, including data before and during each attack, and share this information with their treating physician. Developers were able to record key data about the duration, frequency, and intensity of patient attacks and medication use, as well as information about sleep, dietary, and weather-related triggers, all of which can be shared with physicians electronically or in person.

The study surveyed 9,885 Migraine Buddy users in the U.S. and Canada to measure medical marijuana use among migraine patients and its effectiveness as a migraine treatment. The results?

Of note: Stress-related migraine attacks were uncovered by the Migraine Buddy app during the COVID-19 pandemic, thus contributing to the understanding of the mind-body connection as it relates to disease flare-ups.

Research about the benefits of marijuana in the treatment of chronic pain disorders has led to an increased use of marijuana by people with migraines, for which women are more commonly affected. Of the 40 million sufferers in the U.S., 28 million are women.

Studies are ongoing regarding the effectiveness of cannabis for migraine treatment. One 2019 study from The Journal of Pain found that people who had severe headaches and migraines were able to make them less painful by up to 50% after using cannabis. Men reported larger reductions in headache than women and the use of concentrates compared to cannabis flower was associated with larger reductions in headache. The effectiveness diminished over time, thus showing evidence of tolerance to these effects.

Similar findings of a 42.1% reduction in migraine frequency were published in Neurology and also showed that 55% of study participants experienced ≥50% reduction of headache days. Sleep improvement was also noted in 38.3% of cases.

CannaMD‘s board-certified doctors are here to help! Give us a call at (855) 420-9170 or fill out an easy online application to find out if you qualify today!