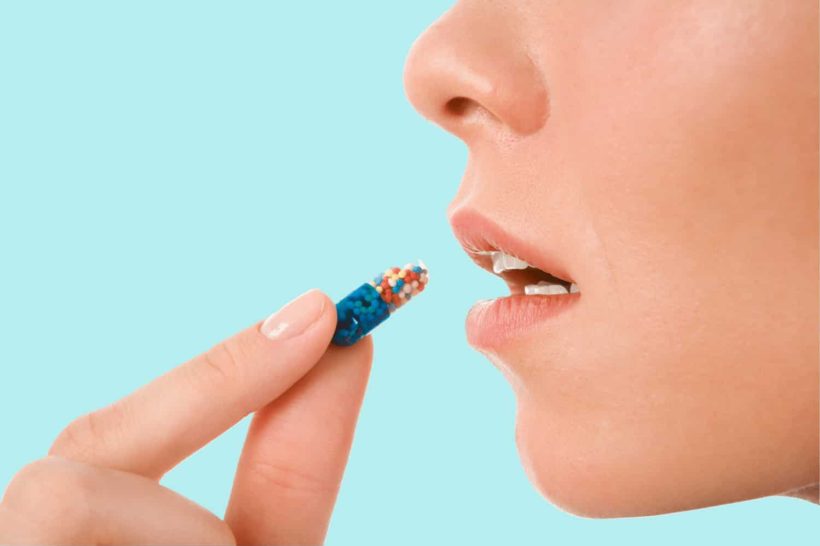 A study published earlier this year reveals a simple but interesting pattern: When patients with ADHD consume more cannabis, they require fewer prescription drugs. According to the study’s research team, patients who consume medical marijuana report a “higher occurrence of stopping all ADHD medications.”

Israel’s research institutions have done it again — first they profiled cannabinoids (in the ’60s), then the endocannabinoid system (in the ’90s), and now they’re validating marijuana’s role in relieving the symptoms of ADHD.

This latest discovery comes to us courtesy of a peer-reviewed journal called the Rambam Maimonides Medical Journal. The study’s title? Cannabinoid and Terpenoid Doses are Associated with Adult ADHD Status of Medical Cannabis Patients.

First, researchers gathered data from 53 adult medical cannabis patients in Israel via a pre-existing database (37 of the patients also had other mental health challenges). These patients were asked to keep close tabs on every facet of their cannabis consumption: dosages, delivery methods, strain names, manufacturer names, and more. After four months, researchers analyzed each detailed report.

While previous studies tended to view cannabis as a “single product in ADHD research, disregarding its inherent complexities and variability between cultivars and combinations of cultivars,” this study was able to extract specificity out of the data and see what cannabinoids/terpenes/strains were doing what.

As the researchers explain:

In this study we evaluated reports of patients under medical cannabis treatment who had a comorbidity of ADHD. By calculating these patients’ monthly dose consumption of specific medical cannabis chemovar constituents, we were able to find the specific cannabinoid monthly dose in association with their ADHD symptom frequency.

In the past, cannabis use among those with ADHD was viewed as a ‘bandaid solution,’ as a type of drug abuse that offered nothing more than an unhealthy way to cope. But that viewpoint — along with a number of other stigmas surrounding marijuana use — has now been thoroughly debunked.

According to the study authors:

We demonstrated that patients treated with [medical cannabis] stopped their ADHD medications.

As the cross-sectional, questionnaire-based study concluded:

These findings reveal that the higher-dose consumption of medical cannabis components (phytocannabinoids and terpenes) is associated with ADHD medication reduction. In addition, high dosage of CBN was associated with a lower adult ADHD self-report (ASRS) score. However, more studies are needed in order to fully understand if cannabis and its constituents can be used for management of ADHD.

The Future of ADHD & Marijuana Research

Overall, these findings validate what countless people with ADHD (and more than a few parents of ADHD-affected children) have known for decades: Marijuana relaxes the mind, reduces nervousness, and eases the symptoms of ADHD.

Prior studies had already identified the cannabis-ADHD connection (for instance, one 2016 study found that 25% of participating forum members endorsed cannabis as “therapeutic”). So in a sense, this latest ADHD study is just further proof of medical marijuana’s value.

But life would be dull without a little mystery — and in this case, the verdict’s still out on a very special cannabinoid called CBN. Researchers found:

CBN, which is the oxidized form of THC, has been overlooked in the past, but — as authors of the current study argue  — its role may be incredibly important (if not complex) when dealing with ADHD:

It has been previously demonstrated that the combination of CBN and THC is associated with increased psychoactivity of THC in humans […] This indicates a more complex story than simply stratifying treatment based on THC and CBD alone.

However, the study authors also issue a word of caution:

Nevertheless, although we found the above mentioned association with CBN, it is minorly expressed in most medical cannabis cultivars, thus, we assume that other phytocannabinoids might be more essential for the effect on ADHD patients.

In other words, a whole-plant approach that appreciates marijuana’s complexities and nuances is needed. That and continued research.

As more ADHD studies are completed, CannaMD will be sure to keep patients updated, informed, and educated!

If you suffer from ADHD or another qualifying condition, call CannaMD today at (855) 420-9170 to get your medical marijuana card. You can also find out if you qualify by completing our easy online application!