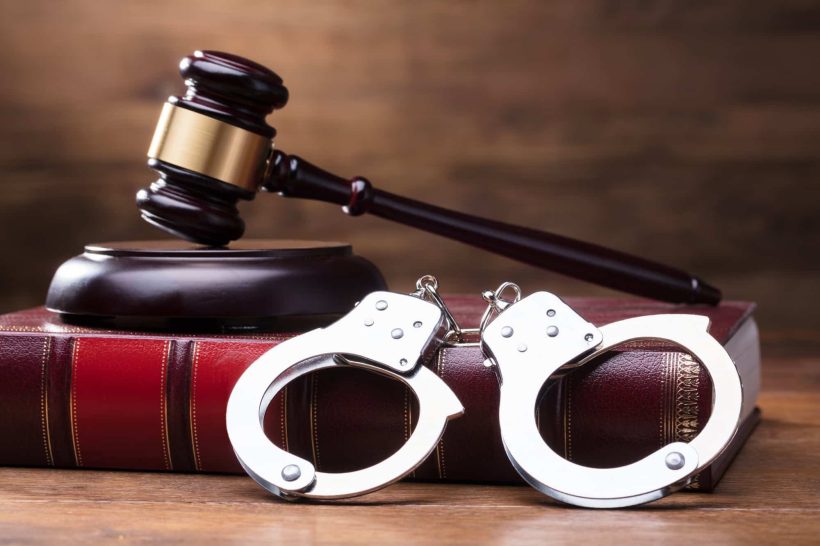 As marijuana legalization spreads throughout the United States, many people debate the safety impacts of the drug. While public support continues to grow, some argue that legalization will increase cases of crime and marijuana-related accidents.

In this article, CannaMD dives into the current research to analyze just how marijuana legalization impacts safety.

Cannabis critics often suggest cannabis is linked to increased crime to oppose legalization. However, studies have found that legalizing retail sales of cannabis has no association with crime rates. Some studies suggest that legalized cannabis may actually lead to a reduction in certain types of crime.

A study published in Justice Quarterly compared crime rates in Washington and Colorado to states that have yet to legalize recreational marijuana. The authors found that, in some cases, crime decreased:

We observed virtually no statistically significant long-term effects of recreational marijuana legalization or retail sales on violent or property crime rates, except for a significant decline of burglary rates in Washington.

They go on to conclude:

Our results from Colorado and Washington suggest that legalization has not had major detrimental effects on public safety.

Similarly, a 2019 paper published in Regional Science and Urban Economics looked at the effects of marijuana legalization on neighborhood crime in Denver, Colorado. They found that cannabis retailers were associated with a decrease in crime, with researchers concluding:

The results imply that an additional dispensary in a neighborhood leads to a reduction of 17 crimes per month per 10,000 residents, which corresponds to roughly a 19% decline relative to the average crime rate over the sample period.

The authors went on to state:

Our results are consistent with theories that predict that marijuana legalization will displace illicit criminal organizations and decrease crime through changes in security behaviors or substitution toward more harmful substances.

Another study published by the National Bureau of Economic Research took a closer look at the link between recreational marijuana legalization and the use of harder drugs, such as cocaine. After analyzing data from 2000 to 2019, the researchers found that recreational marijuana legalization had a positive effect on drug-related crime, with the researchers stating:

Our analyses show that recreational marijuana laws increase adult marijuana use and reduce drug-related arrests over an average post-legalization window of three to four years.

There is little evidence to suggest that recreational marijuana legalization-induced increases in marijuana consumption encourage the use of harder substances or violent criminal activity.

Another 2021 analysis of crime rates in Oregon had similar results. The authors found that aggravated assaults and overall violent crime decreased in the years after the state legalized recreational marijuana in 2014.

A 2018 study that looked at counties in California also found no connection between marijuana dispensaries and an increase in crime. The study did, however, note a reduction in property crime.

With most states now having some form of legal cannabis, there is concern over how this may impact criminal activity at state borders. States where recreational marijuana is not yet legal may have concerns about an increase in drug trafficking and other illegal activity from their legal cannabis neighbors.

A 2018 study published in the Journal of Economic Behavior revealed that this is not the case. After analyzing crime rates in bordering counties in Washington and Oregon before and after legalization, the authors state:

Combining county-level difference-in-differences and spatial regression discontinuity designs, we find that the policy caused a significant reduction in rapes and property crimes on the Washington side of the border in 2013-2014 relative to the Oregon side and relative to the pre-legalization years 2010-2012.

Researchers went on to note:

The concern that legalizing cannabis for recreational purposes may increase crime occupies a prominent position in the public debate about drugs. Our analysis suggests that such a concern is not justified.

A 2019 report from the Justice Research and Statistic Association looked at crime rates in border states where one state had legalized recreational cannabis and the other had not. They found that marijuana-related arrests and charges have decreased or gone unchanged in both legal and non-legal states.

[T]he introduction of medical marijuana laws leads to a decrease in violent crime in states that border Mexico. The reduction in crime is strongest for counties close to the border (less than 350 kilometres) and for crimes that relate to drug trafficking.

They go on to conclude:

Our results are consistent with the theory that decriminalization of the production and distribution of marijuana leads to a reduction in violent crime in markets that are traditionally controlled by Mexican drug trafficking organizations.

Driving under the influence of marijuana can be deadly because it can impair reaction time, judgment, and motor coordination. Given this, there is a concern that legalizing medical marijuana may increase traffic accidents and fatalities.

However, a 2020 study published in Traffic Injury Prevention indicated that marijuana legalization is not associated with fatal motor vehicle crash rates. The authors of the study state:

They also note that in some cases, fatal crash rates decrease:

California’s 1996 medical marijuana legalization appears to have produced a large, sustained decrease in statewide motor vehicle fatalities amounting to an annual reduction between 588 and 900 vehicle fatalities.

Likewise, a 2021 analysis of emergency department records in Canada found that legalizing marijuana had no association with traffic-injury related emergency room visits among all drivers.

Additional research published in the Canadian Journal of Surgery assessed trauma patient population three months before and after the legalization of cannabis in Canada and found:

In the subgroup of patients whose mechanism of trauma was a motor vehicle collision, there was no difference in the rate of positive toxicology screen results or positive cannabinoid screen results between the two periods.

A 2021 study published in The American Surgeon came to a similar conclusion. After analyzing motor vehicle collision data from trauma centers in California, Ohio, Oregon, New Jersey, and Texas between 2006 and 2018, the authors found:

There did not appear to be a relationship between the legalization of marijuana and the likelihood of finding THC in patients admitted after motor vehicle collision.

They went on to conclude:

There was no apparent increase in the incidence of driving under the influence of marijuana after legalization.

According to recent research, legalizing marijuana does not increase workplace accidents and injuries. In many cases, research indicates that medical marijuana is linked to a decrease in workers’ compensation claims.

The authors of the study conclude:

Broadly, we show non-trivial improvements in work capacity, which we proxy with workers’ compensation benefit receipt and various other metrics in our mechanism analysis, among older adults.

A 2020 systemic review of cannabis use and risk of workplace injury published in the journal Substance Use and Misuse came to a similar conclusion:

[T]he current body of evidence does not provide sufficient evidence to support the position that cannabis users are at increased risk of occupational injury.

These findings suggest that medical marijuana can allow workers to better manage symptoms associated with workplace injuries and illnesses and, in turn, reduce need for workers’ compensation.

Do You Need a Medical Marijuana Card?

We can help! At CannaMD, we provide medical marijuana evaluations for qualifying patients in Florida. To get started, call us at (855) 420-9170 or fill out our quick online application!