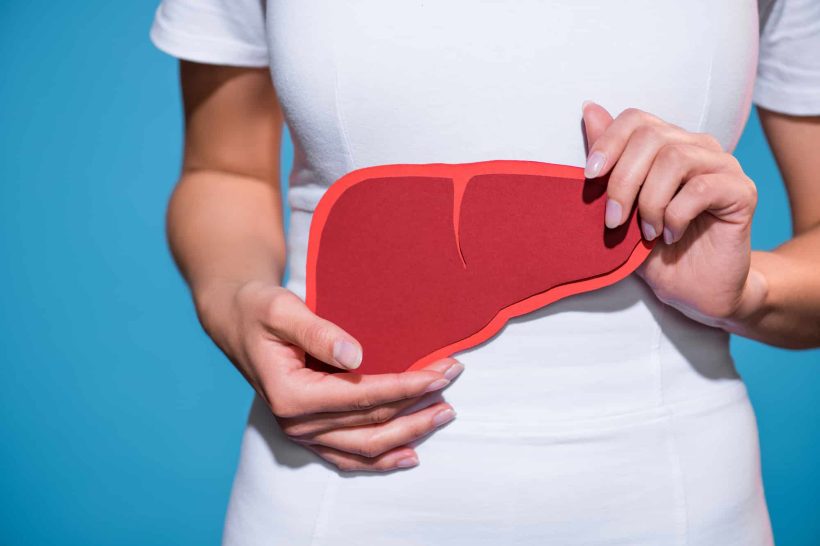 There is a new chapter in the ongoing story of cannabis and cancer therapies. A broad-based study released in April of 2022 reports that cannabis users have a significantly lower incidence of a serious type of liver cancer known as hepatocellular carcinoma as compared to non-users. This is an important finding for a disease that has a historically low rate of survival.

What Is Hepatocellular Carcinoma (HCC)?

Hepatocellular carcinoma (HCC) is the most common type of primary liver cancer, accounting for some 90% of all liver cancers worldwide. This type of cancer is most common among patients with chronic liver diseases, such as cirrhosis caused by hepatitis B or hepatitis C infections, or non-alcoholic fatty liver disease. And though less common than many other forms of cancer, HCC accounts for one-third of all cancer-related deaths worldwide.

The known global incidence of HCC has more than tripled over a four-decade period, with more than a half-million new cases diagnosed each year, including some 20,000 new cases in the United States. Men are more than twice as likely to be diagnosed with HCC as women. If caught in the early stages, HCC may respond to treatment.

However, this condition is often asymptomatic in the early stages, resulting in delayed diagnoses to a point where the cancer may no longer respond to therapies. Post-diagnosis survival rates average five years.

To investigate this potential relationship, the authors used data from the National Inpatient Sample database for the years from 2002 to 2014. A total of 100 million patients were included in the study, of which just under one million were identified as cannabis users. As compared to the overall survey population, these individuals tended to be younger, included a higher percentage of males (60% versus 40%) and included a higher percentage of African Americans (30% versus 14%).

Cannabis users surveyed did, however, exhibit lower levels of obesity and gallstones.

Using an algorithm that accounted for these and other co-founding risk factors, the study authors determined that patients who used cannabis were 55% less likely to contract HCC compared to patients who had not used cannabis. Based on the extremely large size of the study population, the authors noted a high confidence level in their results.

In concluding remarks, the researchers note:

Due to the cross-sectional structure of our study, we are unable to draw direct causation effects [between cannabis use and HCC risk mitigation]. Hence, we suggest prospective clinical studies to further understand the mechanism by which various active ingredients, particularly CBD in cannabis, may possibly regulate hepatocellular carcinoma development.

Previous clinical research has identified certain ways in which cannabis may mitigate the growth of cancerous tumors associated with HCC. A study published in 2014 reported that the administration of THC in combination with the compound JWH-015 (an agent that helps cannabinoids bind to CB2 receptors) inhibited tumor growth by promoting autophagy (cellular homeostasis) and apoptosis (cellular death) of tumors.

The authors report that:

Leading the researchers to summarize:

Our data represent the first evidence for the antiproliferative action of cannabinoids in HCC cells [triggering responses that could be] therapeutically exploited for the management of HCC.

A separate study, published in a 2014 edition of the Alexandria Journal of Medicine, studied the effects of cannabis on cellular telomerase activity. (Telomerase is an enzyme that provides protection for cellular DNA when maintained at proper levels, but which may promote cancer cell growth when levels are elevated.) Based on a 12-week study of mice exposed to an agent known to cause carcinogenic effects on the liver, the research team noted lower levels of telomerase activity in mice that were administered a cannabis extract during exposure.

They also noted that mice who were also provided with the cannabis extract beginning two weeks prior to exposure exhibited the highest levels of protection from elevated telomerase activity. This finding, coupled with the known ability of cannabis to promote cancer cell death through apoptosis, led to the conclusion that:

In 2019, the Jerusalem Post reported on a novel treatment process developed by researchers at the Hebrew University of Jerusalem which could have therapeutic applications for HCC patients. The researchers discovered that combining a low dose of the chemotherapeutic agent Doxorubicin with cannabidiol allowed the drug to target malignant liver cancer cells directly while bypassing healthy cells.

A spokesman for the project, Dr. Alexander Binshtok is quoted as saying:

Most anticancer treatments are not sufficiently specific, meaning they attack healthy cells together with the malignant ones they’re trying to get rid of. This leads to the many serious side effects associated with chemotherapy. Eliminating cancerous cells while leaving healthy ones alone is an important step toward reducing patients’ suffering.

In 2021, the University Medical Centre Groningen Netherlands imitated a study to measure the effect of cannabis oil on liver cancer patients who have exhausted all other treatment options. A press release announcing the study stated:

[This] study was started after two separate reports that patients with advanced liver cancer had seen their tumors shrink after using cannabis oil. Now, two and five years  after their diagnoses, the tumors have completely disappeared and the patients are cured.

Although laboratory research shows that cannabis can curb the growth of liver cancer cells, a possible anti-cancer effect of cannabis oil in patients cannot be explained as no scientific research has been carried out.

The study is expected to last for three years, and may yield some important new insights into the efficacy of cannabis-based therapies.

As this and other new developments in the potential role of cannabis in liver cancer therapies emerge, CannaMD will continue to provide updates.