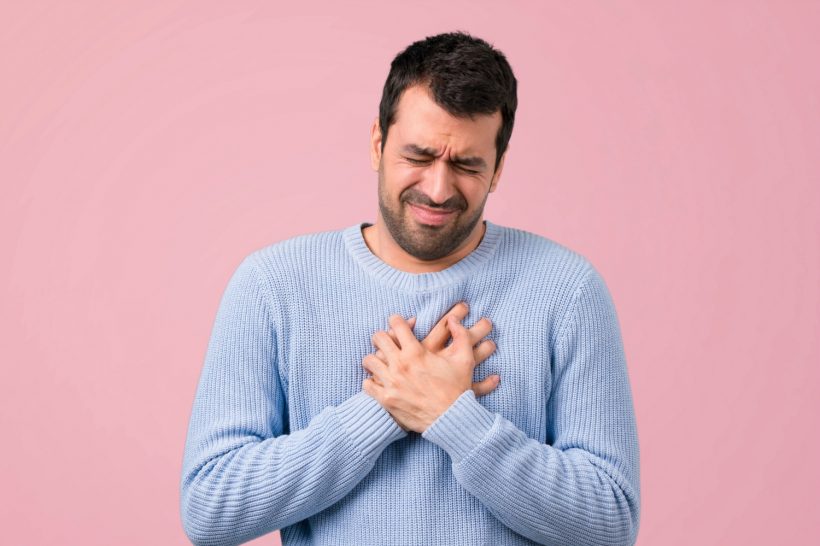 In an outcome that even surprised researchers, a recent study published by peer-reviewed journal, PLoS One, found that marijuana use was associated with a decreased risk of in-hospital mortality following heart attacks!

As scientists explore a variety of theories, CannaMD‘s organized everything we know so far.

How Many Patients Were Studied?

The present study looked at acute myocardial infarctions (AMI), more commonly known as heart attacks, by covering hospital records from 8 states between 1993-2014. Clinical profiles and outcomes were gathered for patients who had a heart attack diagnosis. Patients were further segmented by reported marijuana use and non-use.

What Were The Researchers Looking For?

Going into the study, researchers hypothesized that marijuana use would be associated with an increased risk of adverse outcomes in heart attack patients.

In light of these statistics, scientists noted that “it is ever more likely that patients presenting with acute myocardial infarctions (AMI) will be marijuana users.”

As summarized by the study authors:

Few studies, however, have examined the impact of marijuana use on outcomes following cardiovascular incidents such as AMI, and they are limited by small sample sizes.

The current study set out to resolve this issue.

The marijuana-use group also had a lower average hospital stay than non-marijuana users (4.51 vs. 6.25 days, respectively).

As the study reports:

Marijuana use was not significantly associated with the primary outcome [a composite of death, mechanical ventilation, cardiac arrest, placement of an intraaortic balloon pump (IABP) or shock].

Marijuana use was associated with lower odds of mortality, IABP placement, and shock.

(It’s worth noting, the marijuana group did show an increased risk of requiring mechanical ventilation.)

There was no increased risk of cardiac arrest in the marijuana cohort.

Although the odds of undergoing coronary angiography were similar between groups, the marijuana-using group was significantly less likely to undergo percutaneous coronary intervention (PCI).

Another interesting twist was found with age:

There was no significant difference in the rate of primary outcome for marijuana users when compared to the control group in any single age group.

However, patients who reported marijuana use in the age group 50-59 had a markedly decreased risk of mortality when compared to controls.

While patients in the age group 40-49 had a statistically significant increased risk of cardiac arrest, researchers note that “otherwise, there was no significant difference in risk of mortality, shock, or cardiac arrest between marijuana users and controls in the other age groups.”

Researchers also highlight similarities to an earlier study, published by Cureus. In a review of 2,451,933 hospitalized heart attack patients (35,771 with a history of marijuana use and 2,416,162 without), scientists also found a “significant” decrease in mortality following AMI in marijuana users. (However, at the time, the authors simply reported that there was “no increase in the odds of mortality” in marijuana users following heart attack).

As the present authors note:

Given the similarities in population characteristics as well as in outcome measures, we would strongly suggest that marijuana use is associated with a significant decrease in in-hospital mortality rather than no increase in mortality.

How Does It Work?

Scientists are still exploring theories. However, a few hypotheses have been suggested:

The Smoker’s Paradox: Earlier studies (1, 2) have observed short-term mortality benefits in tobacco users post heart attack. However, as highlighted by one study, the population that used tobacco was 10 years younger on average and had significantly decreased rates of several comorbidities that have a negative effect on prognosis. This is similar to the current population, as the marijuana users were younger and had a significantly lower percentage of several important cardiac risk factors. Therefore, it’s possible that the current effect is similar to the “smoker’s paradox” seen in tobacco users.

However, the age-specific data mentioned above (re: decreased mortality risk in marijuana users aged 50-59) raises an interesting challenge to this theory.

Cardio-protective Effect: Earlier studies (3, 4, 5) have also suggested marijuana use could be protective in the setting of myocardial ischemia (coronary artery disease). As researchers point out:

The observed outcomes of lower rates of mortality, shock, and IABP placement in this analysis could be the result of cardioprotective effects of marijuana during AMI conferred by activation of CB2 (cannabinoid) receptors.

While there’s still a lot of work to be done, the results remain:

In a large, multi-regional analysis, marijuana use was associated with a significantly decreased risk of in-hospital heart attack death, IABP placement, and shock.

As always, CannaMD will keep you posted as we learn more!

Interested in trying medical marijuana? CannaMD‘s state-licensed, board-certified physicians are here to help! Give us a call at (855) 420-9170 or fill out an easy online application to find out if you qualify for FREE!