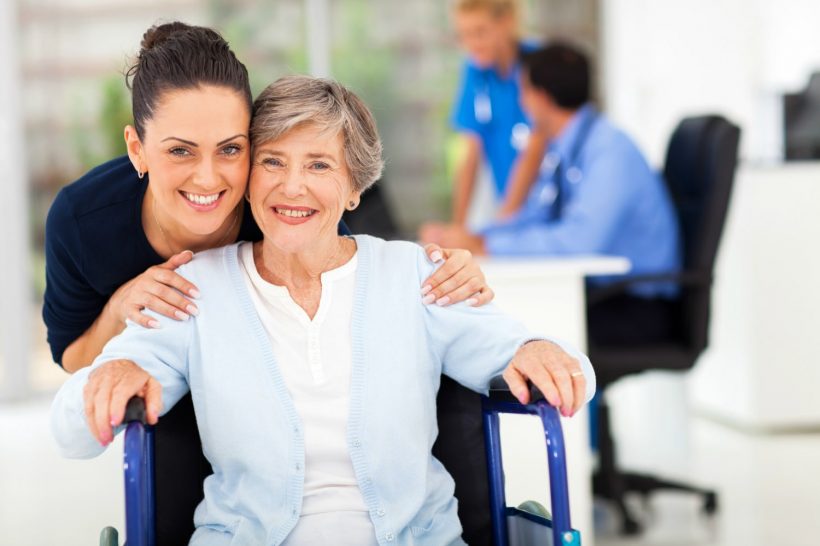 Medical marijuana may be the best-known therapy for slowing the progression of ALS. In fact, studies have indicated that cannabis and certain derivatives significantly outperform current FDA-approved medications for the treatment of ALS, in terms of both life extension and symptom relief.

Amyotrophic lateral sclerosis (ALS) is sometimes called Lou Gehrig’s disease for the famous baseball player who contracted this relatively rare disease at the age of 35 and died two years later. ALS is a progressive neurodegenerative disease that affects nerve cells in the brain and the spinal cord, leading to degradation of the muscles needed to move, speak, eat and breathe. The disease most often manifests between the ages of 40 and 60, and there is currently no known cure.

Survival rates once symptoms manifest average around 2.6 years, with a generally accepted range of two to five years. One notable exception to these statistics is theoretical physicist Stephen Hawking, who contacted the disease at age 21, and lived to the age of 75. He is, however, considered an outlier. In the absence of a cure, current treatment practices for ALS focus on slowing degenerative effects.

In 1995, the FDA approved the drug riluzole for the treatment of ALS. This drug inhibits the presynaptic release of glutamate. It has been shown to extend the life of ALS patients by an average of two to three months, with the majority of this benefit coming in the final stages of the disease. In December of 2018, a liquid form of the same drug was approved under the name tiglutik. It is administered to those patients who can no longer swallow the medication in pill form, but there are no indications that it provides enhanced benefits.

In 2017, a drug known as edaravone was also approved for the treatment of ALS. Taken intravenously, it is reported to have slowed the progression of the disease by up to 33% in some patients, but its broader efficacy among all ALS patients remains under study.

In addition to drug therapy, two additional medical treatments may be used to prolong the survival of patients with ALS. Non-invasive ventilation is used when respiratory support becomes necessary, and gastrostomy feeding when dysphagia is present.

As with drug therapy, the benefits of these treatments are realized during the final stages of the disease, and are less effective at delaying the progression during early stages, when the overall quality of life may be greater.

The medical community is increasingly recognizing the ways in which marijuana can provide symptom relief from a number of conditions. The same is true for ALS. In a recent survey of patients, cannabis was reported to be beneficial in reducing ALS symptoms including appetite loss, depression, pain, spasticity, and drooling.

But the benefits of medical marijuana in the treatment of ALS are not limited to symptom relief. A study first released in 2004 indicated that certain marijuana compounds may do much more and may actually provide a more effective treatment than current pharmaceutical options.

The study reported that mice treated with marijuana compound delta-9-tetrahydrocannabinol (THC) showed “significant” delays in the progression of ALS. THC was also shown to be extremely effective at reducing oxidative damage in spinal cord cultures.

As THC is well tolerated, it and other cannabinoids may prove to be novel therapeutic targets for the treatment of ALS.

The only FDA-approved drug for ALS [at the time of this study], riluzole, extends life on average by about two months. Evidence from our study suggests that a marijuana-based therapy could create a much greater effect, perhaps extending life by three years or more.

A 2006 report published by the Federation of American Societies for Experimental Biology indicated that synthetic cannabinoids significantly delayed the progression of ALS by more than 50% and provided “significant” neuroprotective effects.

Likewise, a 2010 study published in the Journal of Neurochemistry found that:

[C]annabinoid CB2 receptor-selective compounds may be the basis for developing new drugs for the treatment of ALS and other chronic neurodegenerative diseases.

MARIJUANA AS A MULTI-FACETED THERAPY

Treating ALS is a challenge, because it is a complex disease that impacts the body in multiple ways at the cellular level. Among its numerous deleterious effects are interfering with the movement of mitochondria, lipids, synaptic vesicles, proteins and other cell parts, causing mitochondrial damage and the accumulation of mis-folded proteins. Currently, no single drug approved for the treatment of ALS is able to address the broad range of issues the disease creates. This has lead researchers to test various drug combinations in hopes of finding a broader spectrum treatment.

To date, such efforts have not yielded significant advances to life extension for ALS patients.

Interestingly, the best hope for a multi-faceted therapy may come from medical marijuana.

As stated by the peer-reviewed journal, Current Opinion in Investigational Drugs:

Cannabinoids are now known to have the capacity for neuromodulation, via direct, receptor-based mechanisms at numerous levels within the nervous system. These have therapeutic properties that may be applicable to the treatment of neurological disorders; including anti-oxidative, neuroprotective, analgesic and anti-inflammatory actions; immunomodulation, modulation of glial cells and tumor growth regulation.

The authors go on to explain:

Natural cannabis, as a single agent, provides advantages similar to a multiple drug trial given its numerous mechanisms of action.

A more detailed explanation of the potential benefits of marijuana comes from the journal, Current Pharmacy Design:

There is increasing evidence that cannabinoids and manipulation of the endocannabinoid system may have therapeutic value in ALS, in addition to other neurodegenerative conditions.

Cannabinoids exert anti-glutamatergic and anti-inflammatory actions through activation of the CB1 and CB2 receptors, respectively. Activation of CB1 receptors may therefore inhibit glutamate release from presynaptic nerve terminals and reduce the postsynaptic calcium influx in response to glutamate receptor stimulation.

Therefore the ability of cannabinoids to target multiple neurotoxic pathways in different cell populations may increase their therapeutic potential in the treatment of ALS.

Given the increasing indications that marijuana can benefit ALS patients, it is hoped that more comprehensive studies on the subject will be launched in the near future. To stay updated on developing research, be sure to follow CannaMD on Facebook, Instagram, and Twitter.

Florida patients suffering from ALS may qualify for medical marijuana treatment. To find out if you’re eligible, call 1 (855) 420-9170 or fill out an easy application today.

To stay up-to-date with the latest studies and legal regulations surrounding medical marijuana treatment, be sure to sign up for our newsletter, below!