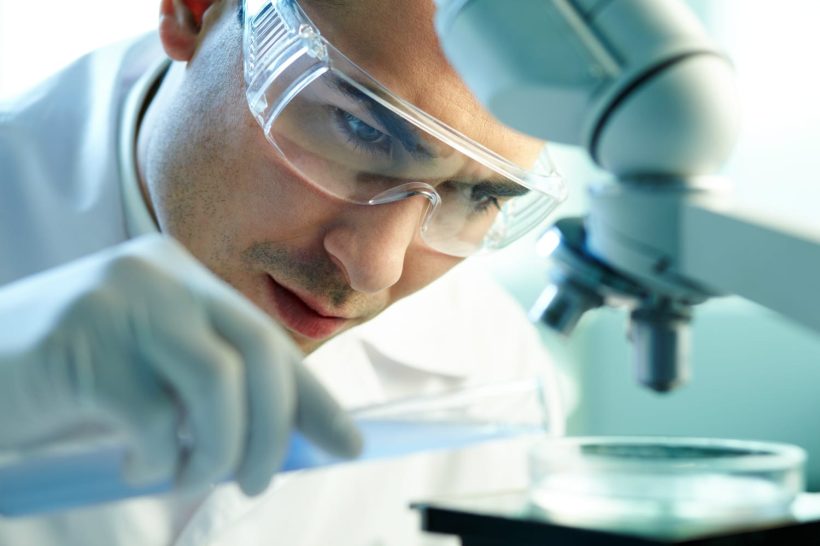 Parkinson’s disease is a type of neurodegeneration characterized by tremors, issues with balance, and other movement-related problems. Patients with Parkinson’s disease also frequently suffer from mood issues such as apathy and depression. Although the cause of Parkinson’s is unknown, the disease is clearly marked by reduced dopamine production in an area of the brain called the substantia nigra.

And while there’s currently no known cure for Parkinson’s disease, a marijuana-based medication created by GB Sciences has demonstrated promising results — catching the eye of both the scientific community and medical cannabis patients alike.

What is GB Sciences?

For those unfamiliar, GB Sciences is a technology company that merges plant biology, cultivation, and post-production processes in order to optimize safe, consistent medical cannabis treatment. They describe their goal as “marrying cutting edge cannabis cultivation with biopharmaceutical research and development.”

Think of GB Sciences as a mix between a pharmaceutical company and a large marijuana processor — they share features of both. Their state-of-the-art, 28,000 square-foot cultivation lab and custom “tissue propagation” techniques provide raw materials for ongoing research studies.

However, recent research by GB Sciences marks an important step forward. In December of 2019, the company announced outstanding results in a pre-clinical mouse model of Parkinson’s disease. More specifically, they reported successfully using a cannabinoid-rich formula to get Parkinson’s-affected mice “back to baseline.”

In fact, our most effective mixture was able to ‘rescue’ the Parkinson’s disease-like behavioral changes to the point where the treated animal’s behavior was back to baseline.

In addition, our Parkinson’s disease formulas produced negligible side effects, which is equally important.

Dr. Michael Farley, the President and Director of GBS Global Biopharma, the Canadian wing of GB Sciences, spoke to the study’s implications for the future:

We look forward to bringing these promising formulations into human clinical trials as early as 2020.

And sure enough, in early 2020, GB Sciences took another important step forward.

Having already proved that their cannabinoid-rich formulation could work for Parkinson’s disease, GB Sciences now needed to identify its mechanism of action. But better and faster research was required. A timely breakthrough came in April of 2020, when GB Sciences announced they’d be using a new animal model to better capture the real-world pathology of Parkinson’s disease.

According to Dr. Lee Ellis of the National Research Council of Canada (NRC):

Although there is no single animal model for Parkinson’s disease that is entirely predictive of the human disease, we believe this zebrafish model may be superior to the rodent models.

We have expanded the scope of testing with the NRC for our Parkinson’s formulations based on achieving the statistically significant reduction in Parkinson’s disease symptomology faster than expected.

The NRC lab in Halifax has improved upon a zebrafish model of Parkinson’s disease that allows us to rapidly validate our Parkinson’s formulas and efficiently optimize them.

These important preclinical results will be included in the Investigational New Drug (IND) application GB Sciences plans to submit with the U.S. FDA in order to enter human clinical trial as early as this year!

If you’re currently suffering from Parkinson’s disease, or another qualifying condition, we encourage you to contact CannaMD at (855) 420-9170 or fill out a quick online application. Our board-certified physicians are qualified to certify patients for medical cannabis treatment — and with convenient locations all across the state, we make accessing the treatment you need as easy as possible.

We’re here to answer any questions you may have and look forward to helping in any way we can!