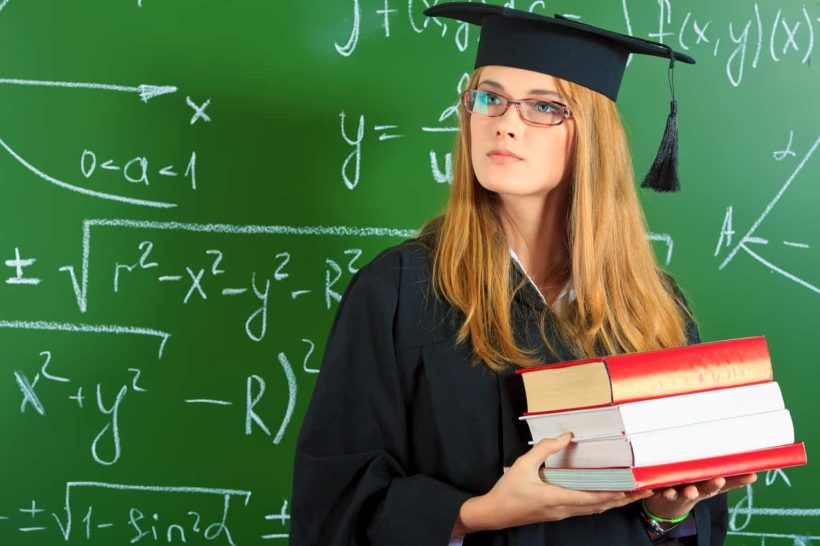 Questions surrounding how marijuana use affects the academic performance of those who partake have long been at the forefront of the marijuana legalization conversation.

Many opponents of legalization argue that when young adults smoke cannabis, they experience problems with academic success. Some studies have substantiated those fears, citing evidence that suggests marijuana use does, indeed, slow down cognitive development. One such study indicates that marijuana users suffer from considerable drops in IQ levels after prolonged exposure to cannabis; researchers claim that some persistent marijuana smokers show up to an 18-point drop in IQ scores.

While the findings of that particular study are certainly alarming, they are a far cry from the full picture. Numerous other studies have been carried out to determine the effects of marijuana use in an academic setting and the results of those studies have shown a more complete, and quite different, side to the story.

One study involving more than 2,250 teenagers in the U.K. revealed that it can be quite difficult to pin lower IQ scores to a habit or dependency on marijuana. The study pointed out that many teenagers who smoke marijuana on a regular basis are also exposed to a variety of other factors that may play a role in lower academic achievement.

Cigarette and alcohol use, as well as exposure to other types of intoxicating substances are common among many teens that regularly smoke marijuana. Many are also faced with a variety of family and social issues that may also play a role in hindering cognitive growth.

The large number of variables – including the intensity and duration of various socio-economic factors, other drug use, cigarettes, and alcohol – that may impact academic achievement can create a selection bias. Several experts agree that these biases cannot be ignored when determining the accuracy of early studies on marijuana use and academic performance.

When looking at the use of marijuana in teens ranging in age from 14-18, for example, the reason that young teenagers are smoking in the first place must be identified to get a more complete picture.

While many students are exposed to marijuana when they are particularly young, they often have other complications in their lives that can lead to hindered academic growth.

Marijuana Use, Attendance, and Dropouts

Interestingly, when considering all the other factors that may play into a positive relationship between marijuana use and lower student achievement, there is some evidence that suggests that certain types of teen cannabis users are more susceptible to negative academic effects.

Researchers have concluded that teens who smoke marijuana frequently or in large quantities have a higher likelihood of dropping out of school, scoring lower on proficiency exams, and having more truancy issues.

When combined with other studies, it may be surmised that students affected by a variety of education-hindering influences in their personal lives and among their peer groups might also be more apt to smoke marijuana more frequently.

If this is the case, greater levels of cannabis use in teens and young adults could be an indication that other factors are at play.

Which Groups are Most Affected?

Another consideration to account for is the type of affect that marijuana use has on young adults. Which areas and skills are most affected by marijuana use?

In a study carried out in the Netherlands, where the government had restricted access to legal marijuana to university students of certain nationalities, there were some interesting discoveries made.

One assertion from the study suggested that test scores involving numerical-based subjects became better for university students who were restricted from buying legal marijuana.

Could there be a link between the results from analytical, logic-based, and numerical tests in university students who presumably slowed or stopped their marijuana use and earlier studies suggesting a negative hit to the IQ? Potentially, yes.

However, results from the Dutch study suggest that scores in some subject areas were impacted by cannabis use but quickly returned to normal once marijuana use was restricted. This means that testing ability was likely only affected when actively using THC, and that the effects were not as deeply rooted, or as long-lasting, as earlier reports suggested.

Early Onset as a Factor

Other research identifies early-onset cannabis use as a factor in the positive relationship between marijuana use and lower academic performance. In line with several other factors, when students begin to use cannabis at a young age, there is a greater chance that their educational success will be affected.

This same body of research also states that any negative impact on cognitive ability caused by cannabis use is negated by age. When students begin smoking marijuana later on in their academic process, success does not seem to be impacted as much.

Coming to a conclusion about how marijuana use affects educational performance, and to what extent, is a bit difficult. There are a large number of variables at play.

While some studies have suggested that cannabis use has a negative impact on learner success, other research makes it clear that there is no definitive conclusion. In fact, most of the studies on the subject state that we need to take into account details such as socio-economic situation, family education level, major life changes, traumatic events, peer and family influences, cigarette use, alcohol use, and much more. As many of these factors run simultaneously in people’s lives, the combinations of possible negative impacts are great.

Despite the complicated nature of the topic, we do know that academic achievement is greater when marijuana use starts at a later stage in the academic process and that marijuana use alone does not have a lasting negative effect on a user’s IQ.

Ready to try medical marijuana? Call CannaMD‘s experienced team of doctors at (855) 420-9170 or fill out a quick online application today!