“Shadow banning” refers to an in-app restriction that limits post and/or page impressions. In an earlier tweet discussing political posts,  Facebook noted that shadow banning can limit views by up to 80%.

Translation? Even if you’re following CannaMD or another cannabis news source, you likely aren’t seeing the content being published each day.

Go to the main CannaMD Facebook page and hover over “Following”.

Scroll down to “In Your News Feed” and select “See First”. 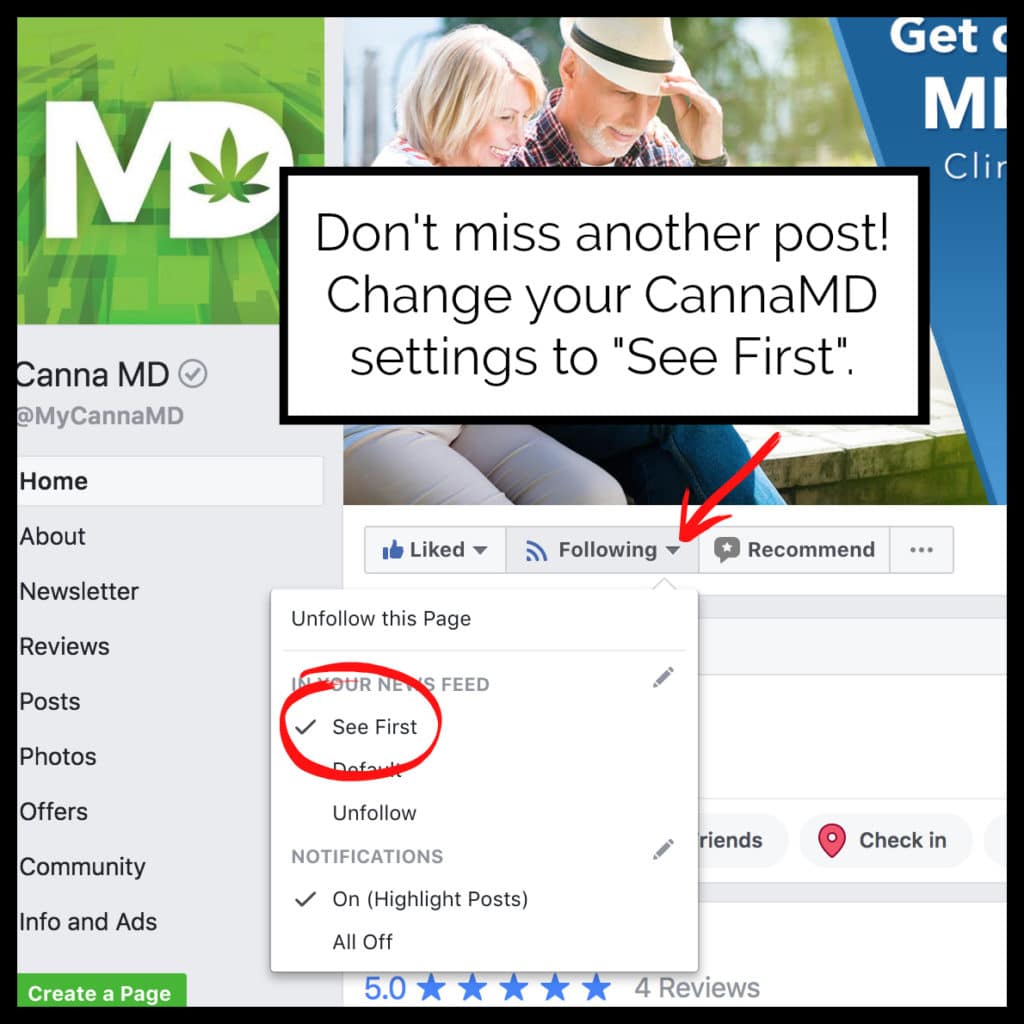 CannaMD posts (regardless of content containing keywords such as “cannabis” and “marijuana”) should now display in your newsfeed.

In 2017, Twitter – which has over 330 million active monthly users – briefly blocked all searches for “marijuana”. Facebook shadow banning is currently affecting countless medical pages and official government agencies, including the California Bureau of Cannabis Control.

To voice your support for the medical cannabis community, be sure to share the tips in today’s post with family, friends, and colleagues.

Wondering if you may qualify for medical marijuana treatment? Find out for free today.

Questions about adjusting your Facebook settings? Experience with shadow banning? Let us know in the comments section below!

thanks for posting this!

Absolutely! It’s incredibly important that patients can access medical news and research. Let us know if you have any questions!