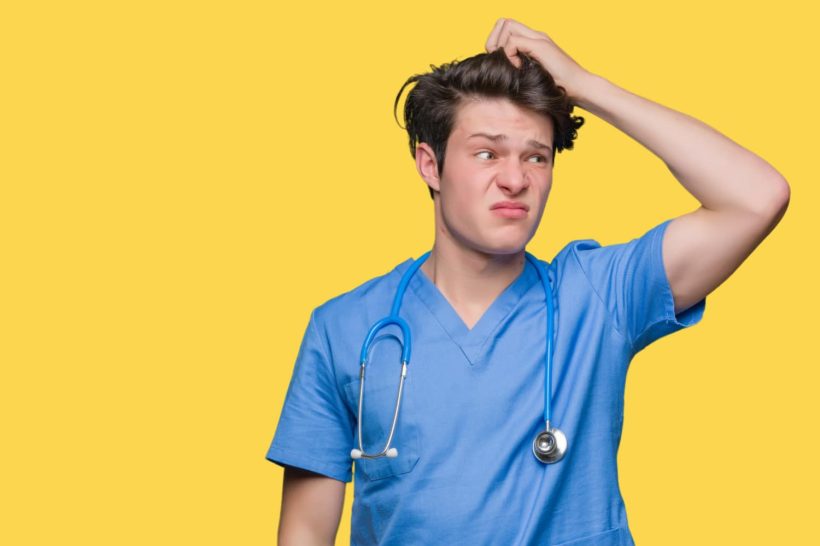 “Look at him, man. I wonder what he’s been smoking?”

These lines from the 1978 cult comedy Up In Smoke might well summarize the sentiments of a generation of researchers who have conducted medical marijuana studies under U.S. government guidelines. The reason for their envy stems from restrictive measures created by the federal government, which may have skewed study results based on marijuana strains that don’t represent the potency and diversity of actual cannabis products consumed in the real world.

For more than 40 years, U.S. law has required that all federally supported marijuana research must be conducted using only cannabis supplied by the National Institute on Drug Abuse (NIDA). Currently, all approved samples labeled as “research-grade marijuana” are produced at a facility operated by the University of Mississippi (although the DEA has signaled that new facilities will soon be approved). Numerous studies have indicated that the cannabis products this facility provides are not representative of real-world marijuana strains sold in legal dispensaries and/or on the black market.

The challenges this single-source supply model creates for researchers were summarized in a 2020 report released by the Department of Health And Human Services. The report highlights:

Among the problems facing researchers confined to using only NIDA-supplied marijuana are issues with both the potency and the genetic makeup of the samples. Such concerns were noted in a 2017 paper generated by researchers at the University of Colorado Boulder. The authors stated:

Our results demonstrate that the federally-produced cannabis has significantly less variety and lower concentrations of cannabinoids than are observed in state-legal U.S. dispensaries. Most dramatically, NIDA’s varieties contain only 27% of the THC levels and as much as 11-23 times the cannabinol (CBN) content compared to what is available in the state-legal markets.

They went on to point out:

Research restricted to using the current range of federally produced cannabis may yield limited insights into the chemical, biological and pharmacological properties, and medical potential of material that is available in the state markets.

A 2019 report from the University of Northern Colorado summed up an even greater concern in a headline that read: Research-grade marijuana supplied by the National Institute on Drug Abuse is genetically divergent from commercially available cannabis. In this report, the authors noted:

Medical research on cannabis primarily focuses on THC and CBD, but there are hundreds of other chemical constituents in cannabis, including cannabinoids and terpenes, which have largely been ignored. There is evidence to suggest that chemical constituents in various combinations and abundances work in concert to create the suite of physiological effects reported. The chemical makeup of each variant of cannabis is influenced by the genetic makeup as well as environmental conditions.

Based on these assertions, they went on to add:

Given that previous research has determined the cannabinoid levels of research-grade marijuana from NIDA is significantly different from commercially available cannabis, genetic investigations are warranted to determine if NIDA cannabis is genetical distinct from other sources.

Evidence of genetic differences between government-grown marijuana and varieties sold through dispensaries or obtained from private sources was presented in a study published in 2021 in the peer-reviewed journal, Frontiers in Plant Science. The study compared the genetic identity of NIDA-supplied research-grade marijuana to samples ranging from wild and cultivated hemp to a variety of sativa, indica, and hybrid strains with varying concentrations of CBD and THC.

Based on their findings, the authors reported:

Research-grade marijuana is genetically distinct from most retail drug-type cannabis that patients and patrons are consuming.

Changes Are In The Works

In recent years, DEA officials have acknowledged the problems associated with single-source production of research-grade marijuana, but have been slow to change existing policies. In a 2016 press release, the agency announced an upcoming policy change “designed to foster research by expanding the number of DEA-registered marijuana manufacturers,” and went on to state that “this change should provide researchers with a more varied and robust supply of marijuana.”

However, it wasn’t until December of 2020 that the Federal Register heralded an official policy shift in a Final Rule which stipulated:

The Drug Enforcement Administration is amending its regulations to facilitate the cultivation of marijuana for research purposes and other licit purposes to enhance compliance with the Controlled Substances Act, including registering cultivators consistent with treaty obligations.

A next step came in May of 2021 when a news release from the DEA stated that the agency had taken an important step towards increasing opportunities for medical and scientific marijuana research. The release noted that the agency was “nearing the end of its review of certain marijuana grower applications, thereby allowing it to soon register additional entities authorized to produce marijuana for research purposes.”

While expanding the pool of approved suppliers for research-grade marijuana is definitely a step in the right direction, a majority of researchers feel that access to an even greater variety of cannibals strains is needed. Ideally, the sampling process would include varieties obtained from state-sanctioned dispensaries and widely used by the public. Such sampling would provide a broader and more accurate representation of marijuana products used in real-world scenarios.

This process may now be in the works, with expansions based on a specific provision in the Infrastructure Investment and Jobs Act passed in November of 2021. Section 25026 of this Act calls for the liberalization of research sampling policies to include approval of commercially available products provided by dispensaries. Key recommendations of the legislation call for:

The wording of the Act also requires the Attorney General and Secretary of Health and Human Services to submit a public report on this process within two years.

New insights gained by the reduction or elimination of restrictions on federally sanctioned marijuana research may take some time to be seen, as studies usually take place over a course of months or years. Nonetheless, this massive change in policy represents a landmark in medical marijuana research. Access to a more divers supply of marijuana varietals will allow researchers to identify characteristics and look for potential benefits derived from a broad spectrum of terpenes and cannabinoids that may have been lacking in traditional research-grade marijuana.

CannaMD will continue to provide updates on new and developing medical marijuana research. If you have questions about medical marijuana, or conditions that qualify for medical marijuana therapies in the state of Florida, our board-certified physicians are here to help. Call our dedicated medical team at (855) 420-9170 or fill out a brief online application to see you qualify for treatment!