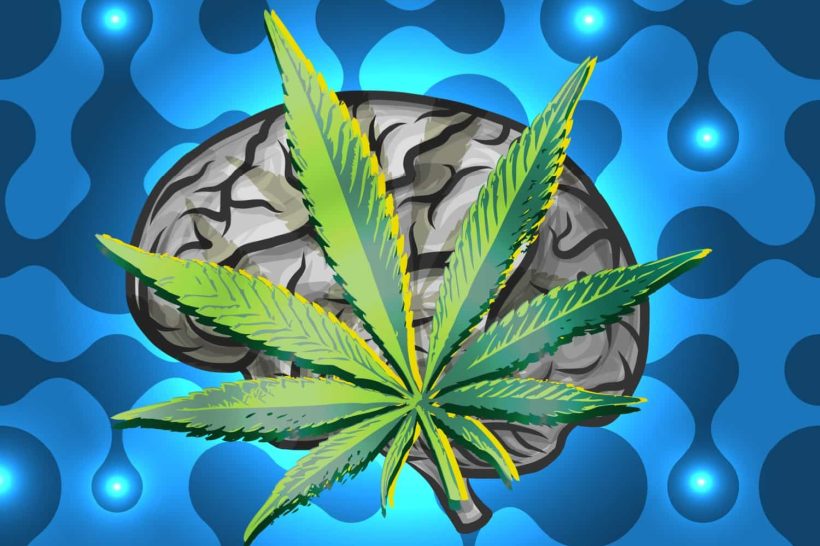 A new study indicates that the cannabinoid known as CBG, which is found within marijuana, may provide therapeutic benefits for the treatment of glioblastoma, which is an aggressive form of cancer that affects the brain and spinal cord. This news reinforces previous findings which indicate that cannabinoids THC and CBD may have therapeutic benefits for thwarting tumor growth in glioblastoma and a wider range of cancers.

WHY IS GLIOBLASTOMA SO HARD TO TREAT?

The American Association of Neurological Surgeons cites glioblastoma as the most common form of malignant brain and central nervous system tumors, accounting for nearly half of all cases, with a prevalence of about 3 cases per 120,00 people. These tumors can form in the brain or spinal cord, and patients who contract this form of cancer have an approximate one-year survival rate of about 40 percent. Treatment of glioblastoma typically involves a combination of surgery, chemotherapy, and radiation.

This multifaceted approach is needed because the cancer’s tendril-like tumors permeate deeply into brain tissue and are difficult to fully remove with surgery alone. Subsequent treatments with radiation and chemotherapy are employed to eliminate residual tumor tissue and slow new tumor growth. Because of the highly invasive nature of both chemotherapy and radiation treatments, any agent that might help slow tumor growth could provide benefits to the patient’s health and survival rate.

This is why the news of marijuana-derived cannabinoids’ potential benefits for slowing tumor growth are of significant interest to the medical community.

The authors of a 2018 study noted that because of poor response to current therapies:

The development of novel therapeutic approaches is urgently needed to improve the survival of the patients suffering this devastating disease. Previous observations by our group and others have shown that Δ9-Tetrahydrocannabinol (THC, the main active ingredient of marijuana) and other cannabinoids including cannabidiol (CBD) exert anti-tumoral actions in several animal models of cancer, including gliomas cells.

The medical community has increasingly acknowledged a range of potential benefits of medical marijuana in the treatment of cancers, including nausea suppression, appetite enhancement, pain relief, and the reduction of anxiety. More recently, there is also growing evidence to indicate that certain cannabinoids found within marijuana may play a role in slowing and, in some cases, reversing tumor growth in certain cancers, including brain cancers.

The cannabinoid THC was among the first to be studied for potential tumor mitigation. In 2006, the British Journal of Cancer reported on the results of a pilot study of nine patients suffering from recurrent glioblastoma multiforme who showed continued tumor development following the standard therapies of surgery and radiotherapy. Patients were administered various doses of THC directly into tumors. At the 24-week mark, tumor-cell proliferation was inhibited in two of the nine patients.

A subsequent study published in the Journal of Clinical Investigation in 2009 reported on the ability of THC to induce human glioma cell death. The authors stated that:

THC can promote the autophagic death of human and mouse cancer cells and provide evidence that cannabinoid administration may be an effective therapeutic strategy for targeting human cancers.

Studies have also shown that a combination of THC and CBD can serve as a complementary therapy to the drug temozolomide (TMZ), which is currently considered to be the most effective agent for the treatment of glioblastoma. The study authors report:

Our results show that oral administration of Sativex-like extracts (containing THC and CBD at a 1:1 ratio) in combination with TMZ produces a strong antitumoral effect.

And go on the conclude that:

The combined administration of TMZ and oral cannabinoids could be therapeutically exploited for the management of glioblastoma.

CBG AS AN AGENT FOR TUMOR SUPPRESSION

Until recently, THC and CBD have been the primary cannabinoids investigated for potential anti-tumor effects in a range of cancers. By contrast, the cannabinoid CBG has historically received relatively little attention, despite early indications of its ability to effect significant anti-tumor activity on melanoma cells in laboratory conditions. Only recently have a range of studies identified CBG as a potential agent for cancer therapies ranging from colorectal cancer to bone and stomach cancers.

One of the most important findings to date comes from a study published in the February 2021 edition of the peer-reviewed journal, Cells.

The study was conducted at the University Medical Centre Ljubljana, with research performed on biopsied glioblastoma tumor cells and glioblastoma stem cells taken from patients suffering from this form of cancer. The anti-tumor effects of various combinations and concentrations of THC, CBD, and CBG were tested, as well as combinations of these cannabinoids with temozolomide.

When administered singly or in combination with CBD, CBG was shown to mitigate the resistance of glioblastoma to current chemotherapy agents, thereby rendering these agents more efficacious, and resulting in a higher degree of apoptosis (cellular death) of glioblastoma cells.

The authors noted that a combination of CBG and THC:

Reduced the viability of both types of cells to a similar extent [resulting in significant glioblastoma cellular death].

They also noted that CBG:

Inhibited glioblastoma invasion in a similar manner to the chemotherapeutic drug temozolomide.

Study results indicated that CBG inhibited up to 90 percent of invasive tendril development by glioblastoma cells, as compared to a 50 percent inhibition by the chemotherapy drug. This is an important development, as the highly-invasive nature of glioblastoma cell tendrils is one of the chief reasons why this form of cancer is difficult to treat.

The study also points out the advantages of CBG as a non-intoxicating alternative to THC, noting that:

THC has little added value in combined-cannabinoid glioblastoma treatment, suggesting that this psychotropic cannabinoid should be replaced with CBG in future clinical studies of glioblastoma therapy.

There are also some indications that CBG may excerpt similar influences as THC and CBD on appetite stimulation and the reduction of nausea associated with chemotherapies.

In their concluding remarks, the authors stated:

We found CBG to effectively impair the relevant hallmarks of glioblastoma progression, with comparable killing effects to THC and in addition inhibiting the invasion of glioblastoma cells. Moreover, CBG can destroy therapy-resistant glioblastoma stem cells, which are the root of cancer development and extremely resistant to various other treatments of this lethal cancer.

As new developments in the therapeutic use of CGB and other cannabinoids for the treatment of cancer are reported, CannaMD will continue to provide updates and insights on this important line of research.

At CannaMD, we make it our priority to help patients stay up-to-date on the latest studies and regulations relating to medical marijuana. We’re happy to provide you with the resources and professional advice you need to navigate the ever-changing landscape of medical marijuana treatment!

If you are interested in determining if you qualify for treatment, please call us today at (855) 420-9170 or fill out our free online application!