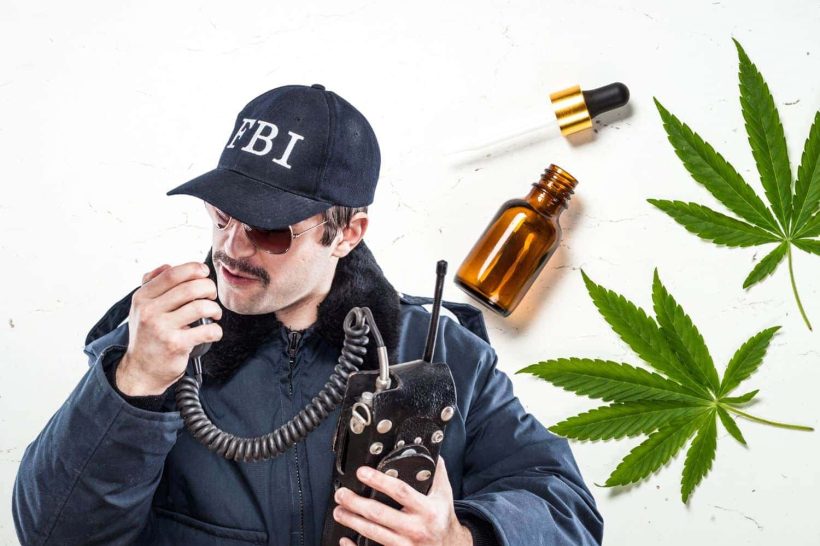 Even five years into federal legalization, cannabidiol, more commonly known as CBD, is still under national scrutiny. Agencies like the Federal Bureau of Investigation maintain that CBD use is a no-go for prospective employees.

FBI Response to CBD Use

The news, which came in the form of an August 25th Twitter Q&A, surprised many.

A user on the Bureau’s Twitter page asks, “Marijuana and CBD are legal in Colorado but I was told I cannot apply to the FBI if I use them. Why?”

The FBI’s response was telling:

Although the use of marijuana & CBD may be legal at the state level, their use is an automatic disqualifier for FBI employees and contractors. You must wait for at least one year from your last use of CBD or marijuana before applying to the FBI.

Ironically, this response is an improvement over prior policies. Prospective agents were once told they had to abstain from marijuana for three years in order to be eligible for employment. Bringing this down to one year widens the pool of eligible FBI employees.

The FBI’s employment policies regarding CBD have been “under review” since 2014. It now seems they have unified against the compound by grouping CBD (federally legal) together with marijuana (legalized in certain states, like Colorado).[1]

FBI documents elaborate further by stating job candidates “cannot have used marijuana or cannabis in any form (natural or synthetic) and in any location (domestic or foreign) within the one (1) year preceding the date of their application for employment.” Based on their Twitter response, FBI authorities consider CBD a form of cannabis.

This stipulation may also be more lenient as compared to previous policies. Earlier employment documents stipulated that merely using any form of marijuana or cannabis “more than twenty-four (24) times after turning 18” is a sure “disqualifier” from FBI employment.

In contrast, FDA-approved cannabis-derived pharmaceuticals like Dronabinol or Epidiolex are allowed as an FBI employee.

Other FBI employment disqualifiers include:

The FBI’s gradual decrease of cannabis-related barriers to entry has been interpreted as more of a practical decision than anything else. In 2014, then-FBI Director James Comey explained that he didn’t want existing policies to scare away a talented workforce:

“I have to hire a great workforce to compete with those cyber criminals and some of those kids want to smoke weed on the way to the interview,” he explained.

Yet the FBI still has a long way to go…as do other federal Agencies. Last month the U.S. Forest Service (USFS) posted its own warning to employees, reminding them that marijuana use is prohibited and even CBD use is potentially risky.

When it comes to prior cannabis use, the FBI is loosening the reign on employment disqualifiers. However, the agency is still likening CBD with cannabis, CBD together with cannabis — despite the fact that they exist in different legal spheres and have radically different effects.