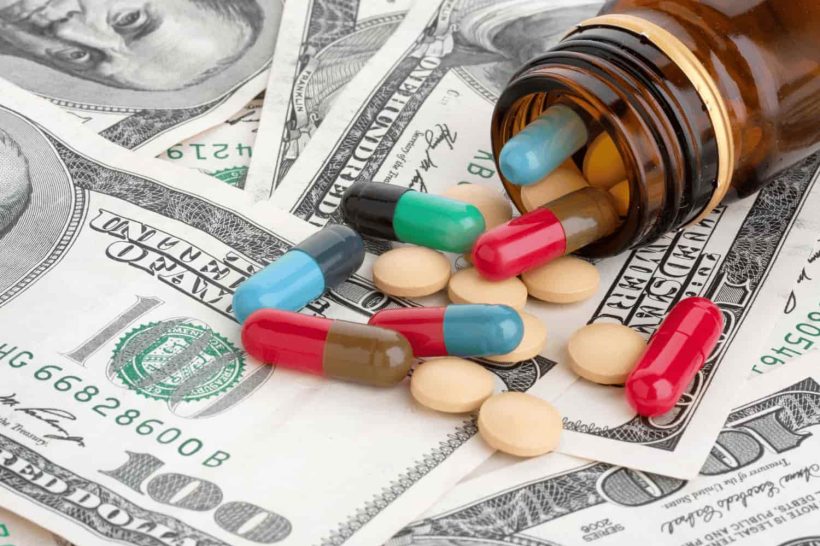 The legalization of marijuana has been linked to serious financial losses in the pharmaceutical industry, according to one new study. A peer-reviewed article published last month in PLOS ONE confirmed many anecdotal reports involving the growing number of people turning to cannabis as an alternative to traditional medications.

Today, CannaMD dives into this first-of-its-kind study and explores what it may mean for the future of both medical marijuana and Big Pharma.

Several previous research papers have pointed to a relationship between medical cannabis legalization and pharmaceutical sales. For example, one study released earlier this year analyzed Medicaid data on prescription drugs and found significant reductions in their use among states that had legalized marijuana for adults. However, these studies didn’t focus on the financial impact of legalization on the pharmaceutical industry.

Now, researchers from California Polytechnic State University and the University of New Mexico have conducted a study that analyzed stock returns and prescription drug sales for 556 drug companies between 1996 and 2019. The researchers looked at trends before and after the states reformed their adult-use and medical marijuana laws. Incredibly enough, the study authors found that stock returns were nearly 2% lower at just ten days post legalization.

The authors explained why cannabis legalization may be so impactful to the earnings of traditional drug companies in the paper’s introduction:

By expanding access and, thus use, legalization could permit cannabis to compete with conventional pharmaceuticals. Largely unpatentable, cannabis may act like a new generic entrant following medical legalization, leading some individuals to substitute away from other drugs toward cannabis. However, unlike a conventional new generic drug, cannabis use is not restricted to a single or limited set of conditions. This means that cannabis acts as a new entrant across many different drug markets simultaneously.

Although a decrease of 2% may seem like a trivial amount for the pharmaceutical industry, the authors state that their findings are statistically significant. “We find the average change in a firm’s market value per legalization event is $63 million with a total impact on market value across firms per event of $9.8 billion,” the paper asserts.

Shifts in pharmaceutical sales after marijuana legalization were also taken into account in this study. The authors used their findings to estimate how annual prescription drug spending might look if medical marijuana was legalized in all fifty states, predicting that annual prescription drug spending would have been $1 billion lower in 2014 had all 30 states without legal medical cannabis in 2014, legalized medical cannabis.

The study’s results indicate that a big change may be coming to the pharmaceutical industry due to the wider availability of medical and adult-use cannabis. The authors conclude:

The economic significance of an estimated $9.8 billion loss in market value across firms per cannabis legalization event is extremely large.

However, the authors also describe limitations to this study that should be considered:

A key limitation is that we model investors as rational, which may overstate the economic significance of our results. Second, we are limited to publicly traded firms and past legalization events. Third, we note that estimates may be sensitive to our choice of using 150 to 50 days before the legalization event. Finally, we expect there to be measurement error due to heterogeneity in the legalization and subsequent regulatory processes.

Even in light of the study limitations, it’s clear that the correlation between cannabis legalization and Big Pharma profits exists. As more states continue to pass legislation in favor of cannabis use, additional data will become available that can help determine to what extent this is the case.