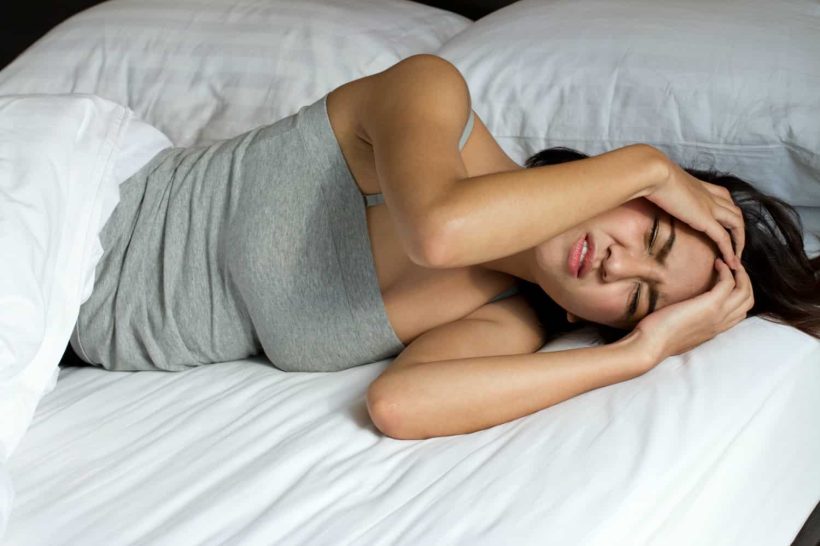 You’re likely already aware of the hangover that often follows a night of drinking, but did you know marijuana hangovers are a thing some people deal with as well?

At this point, little research has been done on marijuana’s potential for leaving patients with a hangover. The sample sizes used in these studies were small, and they used only male participants, making it difficult to draw conclusions that apply to the population at large.

The most notable study to date on marijuana hangovers was published back in 1985. In this study, which only used 13 male participants, users were given either joints containing 2.9% THC cannabis or a placebo. After smoking said joints, study participants were tasked with completing various activities such as card sorting, free recall, and time production. The next morning, participants were asked to completing the same tasks.

Researchers noted that there appeared to be a residual effect in those who smoked the 2.9% THC cannabis, but not in those who used the placebo, concluding:

The precise nature and extent of these effects, as well as their practical implications, remains to be determined.

Another study conducted in 1998, with an even smaller sample size of just 10 male participants, looked at marijuana’s residual effects. Researchers concluded that:

[The] residual effects of smoking a single marijuana cigarette are minimal.

While these studies point to marijuana potentially having little to no residual effects, according to cannabis news outlet Leafly, anecdotal reports suggest otherwise. Reports typically supplied from much heavier marijuana users suggest that at high doses, marijuana hangovers are a very real thing. Often these people are using much more concentrated cannabis products such as Rick Simpson Oil (RSO) or edibles, though some still report residual effects from more mild cannabis products.

WHAT ARE THE SYMPTOMS OF A MARIJUANA HANGOVER?

Some of the most commonly reported symptoms include:

While marijuana is completely different from alcohol, it would seem that many of the self-reported hangover effects are similar.

HOW TO REDUCE SYMPTOMS OF A MARIJUANA HANGOVER

If you suspect you have a marijuana hangover, there are a few things you can try to help minimize your discomfort.

For starters, be sure to stay hydrated, as it can help make you feel more awake, helps reduce headaches, and may even ease nausea.

Additionally, try taking a brisk walk first thing in the morning, as this can help reduce the occurrence of brain fog and helps fight fatigue.

If you wake up with dry or red eyes, consider trying some eye drops to relieve the discomfort.

HOW TO AVOID A MARIJUANA HANGOVER

From the few studies available, and what anecdotal reports we have, it’s pretty safe to say that marijuana hangovers are often the result of using too much marijuana or a strain/product that is too strong. Due to how marijuana affects everyone differently, simply giving an upper limit on cannabis consumption isn’t really helpful.

To stay on the safe side, it’s best to start slow, with a low-dose cannabis product, instead of going straight for high-potency extracts and edibles. Limiting your marijuana use later in the day may also help reduce the likelihood of a hangover the following morning.

In doing this, you’re less likely to experience the negative side effects of cannabis consumption and will be less likely of experiencing any residual effects the next day.

READY TO SEE IF MEDICAL MARIJUANA IS RIGHT FOR YOU?

If you suffer from a qualifying condition for medical marijuana and haven’t yet sought treatment, make today the day you take the next step towards improving your quality of life.