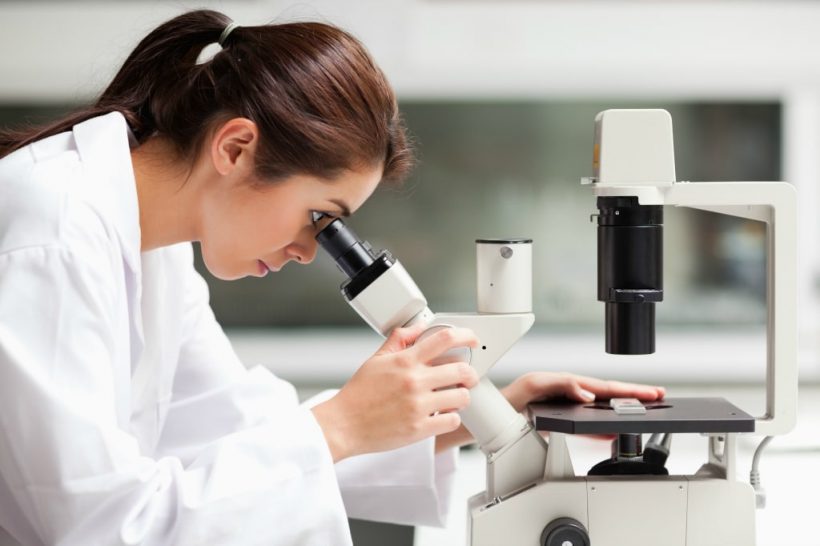 Also known as Lou Gehrig’s disease, ALS is a rapidly progressive neurodegenerative disease that affects nerve cells in the brain and spinal cord. Symptoms include weakness, spasticity (a condition where muscles are continuously contracted), and paralysis. According to the ALS Association, the average survival time with ALS is three to five years.

Until recently, there was only one FDA-approved medication for ALS: Rilutek (riluzole). In March 2017, the FDA announced a second: Radicava (edaravone).

Clinical trials show riluzole increases ALS survival by two to three months. However, the drug does not improve muscle strength or neurological function; side effects include nausea and weakness.

In 2004, researchers reported that THC (a chemical compound found in marijuana, known as a cannabinoid) may effectively treat ALS:

Our research indicates that select marijuana compounds, including THC, significantly slow the disease process and extend the life of mice with ALS.

The only FDA approved drug for ALS, riluzole, extends life on average by about two months. Evidence from our study suggests that a marijuana-based therapy could create a much greater effect, perhaps extending life by three years or more.

These results show that cannabinoids have significant neuroprotective effects in this model of ALS.

Daily injections of the selective CB2 [cannabinoid receptor] agonist AM-1241, initiated at symptom onset, increase the survival interval after [ALS] disease onset by 56%.

Treatment with [cannabinoid receptor agonist] AM1241 was effective at slowing signs of disease progression when administered after onset of signs in an ALS mouse model […] As AM1241 was well tolerated by the animals, cannabinoid CB2 receptor-selective compounds may be the basis for developing new drugs for the treatment of ALS and other chronic neurodegenerative diseases.

Administration at the onset of tremors delayed motor impairment and prolonged [ALS] survival in THC treated mice when compared to vehicle controls.

How does marijuana help ALS?

ALS is an extremely complex disease, affecting a wide-range of physiological factors (including axonal transport, mitochondrial damage, and protein aggregation) – meaning any effective treatment will need to do a number of different things. For this reason, as researchers note in Current Pharmaceutical Design:

It is becoming an increasing widely held view that “cocktail” or “combination” therapies will be necessary if a disease modifying therapy for ALS is to be developed.

Fortunately, marijuana seems to offer an all-in-one solution. According to a recent study published by Rehabilitation Medicine and Palliative Care:

Ideally, a multi-drug regimen, including glutamate antagonists, antioxidants, a centrally acting anti-inflammatory agent, microglial cell modulators (including tumor necrosis factor alpha [TNF-a] inhibitors), an antiapoptotic agent, one or more neurotrophic growth factors, and a mitochondrial function-enhancing agent would be required to comprehensively address the known pathophysiology of ALS. Remarkably, cannabis appears to have activity in all of those areas. Preclinical data indicate that cannabis has powerful antioxidative, anti-inflammatory, and neuroprotective effects.

Scientists are calling for additional research exploring the effect of marijuana on ALS:

In view of the increasing body of evidence that demonstrates the neuroprotective potential of the endocannabinoid system in ALS, a full investigation of the therapeutic potential of these agents in ALS is now justified.

Unfortunately, funding is likely to be limited given marijuana’s current status as a federally prohibited substance.

If you are currently suffering from ALS, see if you qualify for medical marijuana today.

If you have experience with ALS, we’d love to hear your comments, stories, and questions in the comments section below.