The Sinister Reason Cannabis is Illegal

Criminalizing marijuana and declaring the war on drugs in 1973 was a political strategy to discredit people who opposed the Vietnam War and give the government a means of disrupting their organizations.

Do you like Adam Ruins Everything? Enjoy Adam Conover’s take on the history of the criminalization of marijuana in the U.S. He explains, as only he can, how an extreme propaganda campaign spearheaded by the Bureau of Narcotics succeeded in getting Congress to ban marijuana in 1937, and how Nixon refused to decriminalize it in the 70s because he thought anti-marijuana laws could be used as a political tool against certain social and ethnic groups. 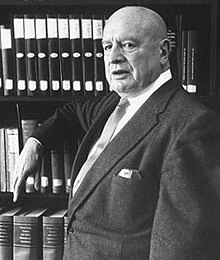 Harry Anslinger, the first commissioner of the Federal Bureau of Narcotics, had worked in the Bureau of Prohibition. When Prohibition ended, he demonized marijuana as  a way of making his job important. Illegal drugs were targeted by the U.S. Treasury, not because they were believed to be harmful, but because they could not be taxed. Anslinger took to the airwaves, claiming that marijuana caused insanity and spreading fear and alarm. In 1937, Congress passed the Marihuana Tax Act, imposing tax in the sale of marijuana.

In 1970, President Nixon signed Controlled Substances Act (CSA) into law, imposing prison sentences for the possession and sale of illegal drugs. The CSA defines five schedules (I-V) that classify drugs based upon their abuse potential, medical applications, and safety. Marijuana was incorrectly placed in Schedule 1, for drugs with no currently accepted medical use and a high potential for abuse. Not only did this unfairly condemn many marijuana users to prison sentences for possessing small amounts of marijuana, but it effectively blocked large-scale scientific research on the benefits of medical marijuana.

Whom ever believes the federal govt. will take marijuana off the list as a level one drug is only dreaming . They need a cash cow but can’t work around the states rights to tax the drug without intruding on states rights.