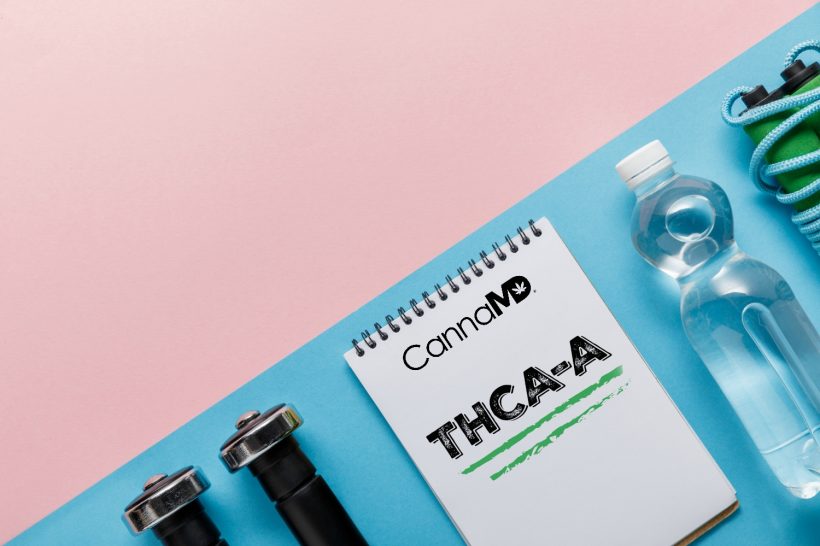 There’s a lot of evidence to support the benefits of marijuana for weight loss and weight control. CannaMD has reported on this subject at length (see here if you missed it!) and our doctors remain committed to keeping patients informed on developing research.

One recent study sheds new light on the mechanisms by which a lesser-known marijuana cannabinoid, called THCA-A, helps regulate metabolism and weight. But before getting into the details, it’s worth reviewing some of the more compelling things we already know about marijuana and weight management…

* As a group, marijuana users are less likely to be obese than non-users.

* Marijuana users also tend to have smaller waists than non-users.

* Marijuana may boost metabolism based on its ability to interact with the body’s natural endocannabinoid system, which plays a significant role in the storage and release of calories.

* Marijuana may reverse the effects of the deleterious omega-6/omega-3 fatty acid imbalances caused by our less-than-perfect modern diets. Restoring the balance of these fatty acids will reduce the incidence of obesity, mitigate unfavorable lipid profiles, decrease insulin resistance, reduce inflammation in the liver and kidneys, and more.

In recent years, much of the study of marijuana for weight loss has focused on the effects of THC, which has a strong binding affinity with the body’s endocannabinoid system. But new research is showing that THC isn’t the only cannabinoid that may have a positive effect on weight loss and management. A Spanish research group has shown that tetrahydrocannabinolic acid A, or THCA-A, can block weight gain in laboratory mice.

As reported in the January 2020 issue of Biochemical Pharmacology, the researchers divided the mice into two groups, one of which was fed a healthy diet designed to maintain optimum body weight, the other which was fed a high-fat diet for a period of twelve weeks, resulting in a 300% weight gain as compared to their lean counterparts. As you might expect, this gorging resulted in fatty livers, increased insulin levels, and a range of of metabolic dysfunctions that include elevated blood pressure, increased body fat, high cholesterol, and elevated triglyceride levels.

At this point in the study, the obese rats were administered a daily dosage of  THCA-A. The study authors reported:

Treatment with delta-9-THCA-A for 3-weeks fully normalized leptin, GLP-1 and glucagon levels, and evoked a significant increase in adiponectin concentration.

Breaking down this statement:

So, put simply, the addition of THCA-A to the high-fat diet not only blocked weight gain, it also improved glucose tolerance and insulin levels, decreased the risk of obesity-related disorders, and increased the rats’ percentage of brown fat (which is actually a good thing!).

Previous studies have shown that cannabis can play a role in increasing the conversion of white fat to brown fat, resulting in an increase in thermogenesis — what we’d call burning calories. Experiments that boosted the level of brown fat in mice resulted in an increase in the rate at which they burned energy, reduced body fat, and provided protection from diet-induced obesity.

Research also indicates that cannabis can reduce the pro-inflammatory cytokines associated with obesity. This inflammation can lead to a number of deleterious health conditions including organ damage, cancer, and dementia.

In support of the potential anti-inflammatory properties of THCA-A, the authors of the study state:

There is growing evidence of a link between obesity and inflammation, and Δ9-THCA-A showed a very potent anti-inflammatory profile in HFD [high-fat diet] mice.

As new research on THCA-A and other lesser-known cannabinoids that may play a role in weight loss emerges, CannaMD will continue to keep you informed!

The Centers for Disease Control and Prevention (CDC) defines overweight and obese as two separate health conditions. Each condition is measured by body mass index (BMI).

CannaMD physicians are proud to support the health journeys of patients struggling with both conditions. To find out if your BMI is considered overweight or obese, please use the CDC-approved calculator below:

If your BMI falls into either category, you may be eligible for medical marijuana treatment.

To find out if you’re eligible for medical marijuana treatment and/or to receive your cannabis certification for overweight or obesity, please call (855) 420-9170. You can also fill out a quick and easy online form!

If you’d like to learn more about medical marijuana for weight loss and other conditions, please download our FREE e-book. CannaMD has a statewide team of experienced medical marijuana doctors who are available to answer any questions you might have!