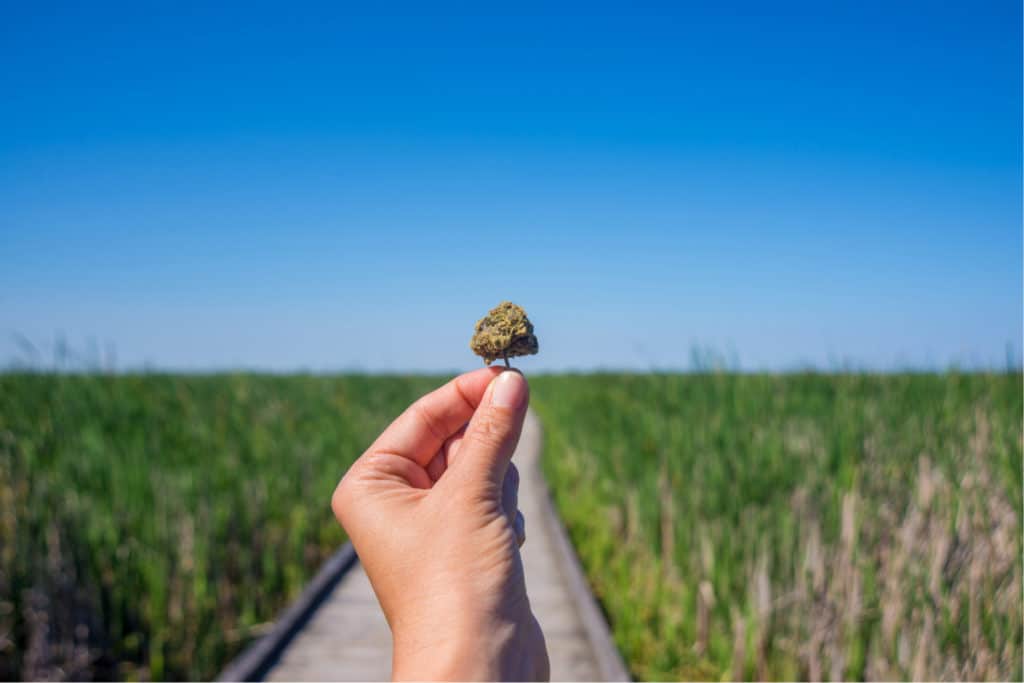 Tetrahydrocannabinol, cannabidiol, cannabichromene, and cannabinol – also known as THC, CBD, CBC, and CBN. These are just a sampling of the close to 100 known cannabinoids found in marijuana. The properties and effects of major cannabinoids such as THC and CBD are generally well known within the medical marijuana community, but they are far from the only components of the cannabis plant that hold potential health and therapeutic benefits. The most recent cannabinoid emerging from the alphabet soup of abbreviations to capture public attention is cannabigerol, a.k.a. CBG.

IS CBG THE NEW CBD?

An emerging body of research suggests that CBG may have therapeutic value in the treatment of conditions ranging from Crohn’s disease and IBS to certain types of cancer. It may provide a range of anti-inflammatory, antibacterial, and neuroprotective effects, and is the only known cannabinoid believed to stimulate the growth of new brain cells, and – alone or in combination with CBD – may promote bone growth. In addition, CBG has been shown to reduce or block the uptake of THC to the brain and central nervous system, making it possible to create cannabinoid combinations that provide therapeutic benefits without psychoactive side effects.

Such promises have led to a rapid increase in the number and popularity of CBG-based products on the market, and the labeling of CBG as “the new CBD.” The efficacy of some of these products has yet to be proven, but given the potential benefits CBG may provide, it’s worth taking a closer look at this increasingly popular cannabinoid.

CBG: THE ‘MOTHER OF ALL CANNABINOIDS’

CBG is sometimes referred to as the ‘parent cannabinoid’ because its acidic form, CBGA, is the first cannabinoid produced as the cannabis plant develops.

CBGA concentrations are typically greatest in the early stage of the cannabis plant’s growth. As the plant matures, CBGA becomes the precursor to other acidic cannabinoids such as THCA and CBDA, which ultimately undergo decarboxylation to become THC and CBD. Depending on the strain, some level decarboxylated form, known as CBG, remains in the mature cannabis plant, and is also found in significant quantities in industrial hemp.

The existence of CBG has been known since the 1960s. But because it has never been shown to exhibit psychoactive influences, CBG historically did not receive the same level of attention and research as cannabinoids such as THC. This began to change with the advent of the medical marijuana movement, which looked at the beneficial potential of various cannabinoid compounds based on the ways in which they influenced the human endocannabinoid system.

Researchers report that the cannabinoids found in medical marijuana are absorbed by the human body through pathways known as CB1 and CB2 receptors. CB1 receptors are concentrated primarily in the brain and central nervous system, and have an affinity for psychoactive cannabinoid, THC. By contrast, CB2 receptors are found throughout the body, and have been shown to have a wide range of potentially positive physiological influences.

A 2010 study emphasized the role of CB2 receptors in regulating a range of disease processes, and went on to state:

The CB[2] receptor is an appealing therapeutic target as well as a useful tool for shedding new light on physiological regulatory processes throughout the body.

The cannabinoid receptor CB2 is predominately expressed in the immune system, and selective modulation of CB2 without the psychoactivity of CB1 has therapeutic potential in inflammatory, fibrotic, and neurodegenerative diseases.

As CBG became the subject of new studies, it was revealed that it is a cannabinoid that binds primarily with  CB2 receptors, and as a result, may provide a wide range of therapeutic benefits.

THE PROMISES OF CBG

Emerging research has identified a number of ways in which CBG may be beneficial to human health and well-being:

1. CBG is known to have anti-inflammatory properties that could prove useful in the treatment of numerous inflammatory diseases. Chronic inflammation is thought to be linked to a wide range of chronic health conditions that includes diabetes, metabolic syndrome, cardiovascular disease, cancer, rheumatoid arthritis, inflammatory bowel disease, asthma, and chronic obstructive lung disease. More specifically, CBG has shown promise in controlling the neuroinflammation and oxidative stress associated with conditions such as Parkinson’s, Alzheimer’s, and Huntington’s disease.

2. In addition to reducing neuroinflamation, CBG has demonstrated neuroprotective effects and may stimulate the growth of new brain cells. Research also suggests that when CBG and CDB are used in consort, the resulting combination provides greater anti-inflammatory and antioxidant effects than either compound alone.

3. CBG exhibits both antibacterial and antimicrobial properties. A new study from McMaster University concluded that CBG acts as an antibacterial agent against drug-resistant staph bacteria known as MSRA, which has become a growing problem in hospital environments. This finding may hold promise for the development of new antibiotic products that are effective in controlling MSRA and other drug-resistant staph infections.

4. CBG has been shown to activate two types of neuroreceptors that play an important role in mental health and well-being. By binding with alpha-2 receptors, CBG influences the parasympathetic nervous system, which can result in the lowering of blood pressure and decrease in stress and anxiety. CBG also interacts with the nervous system’s 5-HT1A receptors, which influence serotonin levels and mental performance. CBG’s ability to regulate 5-HT1A receptor activity may prove valuable in the treatment of clinical depression and anxiety conditions, as well as memory and learning.

5. There are indications that CBG can boost the production of anandamide. The release of this endocannabinoid, popularly known as the ‘Bliss Molecule,’ triggers the brain’s reward response and provides a natural mood elevation. Increased anandamide levels have also been shown to have a mitigating effect on stress and fear-related behaviors and disorders, including PTSD.

6. In animal studies, CBG has been shown to be an effective appetite stimulant with no adverse effects. This could prove to be an important finding for treating conditions such as the loss of appetite associated with cancer and the treatment of eating disorders such as anorexia.

7. Researchers at the University of Naples examined the use of non-psychotropic cannabinoids for bladder-related disorders, and determined that CBG was effective in reducing acetylcholine-induced bladder contractions. This finding may lead to new cannabinoid medications that provide relief from conditions such as overactive bladder syndrome, irritable bowel syndrome, and similar diseases.

9. It is believed that CBG may promote bone growth and, alone or in combination with CBD and other cannabinoids, may lessen age-related bone loss.

These are just some of the potential therapeutic benefits of CBG and its derivatives. Anecdotal evidence and popular press articles suggest additional benefits form CBG that include pain, insomnia, and glaucoma relief, along with use as an anti-seizure and anti-nausea agent.

As additional research is conducted, these and other claims may be further substantiated. CannaMD will continue to keep you updated on the latest developments in cannabis-based medications and therapies, including CBG.

How to Try CBG

Need your Florida medical marijuana card? We can help!

CannaMD has a team of certified medical marijuana doctors who are prepared to answer any questions you might have! You can reach us at (855) 420-9170.  You can also find out if you qualify for medical marijuana with our quick online application!