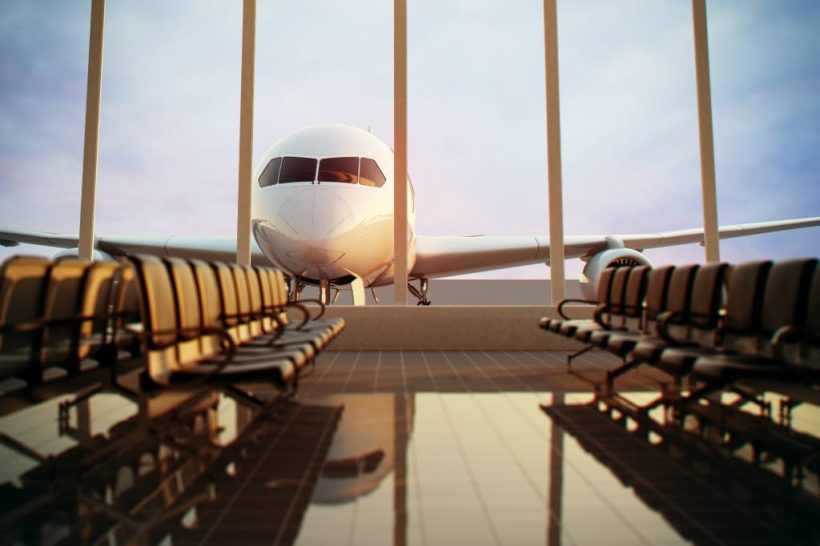 Although Florida residents are eligible to receive medical marijuana treatment, traveling with cannabis can get a little tricky. To avoid any confusion, CannaMD reviews the rules and regulations every medical marijuana patient needs to know when flying.

Unfortunately, marijuana is still classified as a Schedule I drug (just like heroin, LSD, and ecstasy) – meaning that, although the medication is legal in Florida and a number of other states, it’s still federally prohibited.

Don’t be. The most important thing to remember is that federal law trumps state law.

When you’re in a state with legalized medical and/or recreational marijuana, you’re welcome to use cannabis in accordance with that state’s laws. But when you travel outside of that area – crossing state lines – you fall under the purview of federal law, meaning marijuana is no longer allowed.

It’s important to note that this rule applies even when you’re traveling between two states that both permit marijuana use.

For more information, see CannaMD‘s post: Can I Use My Medical Marijuana In States Where It’s Not Legal?.

Can I Fly With Medical Marijuana? 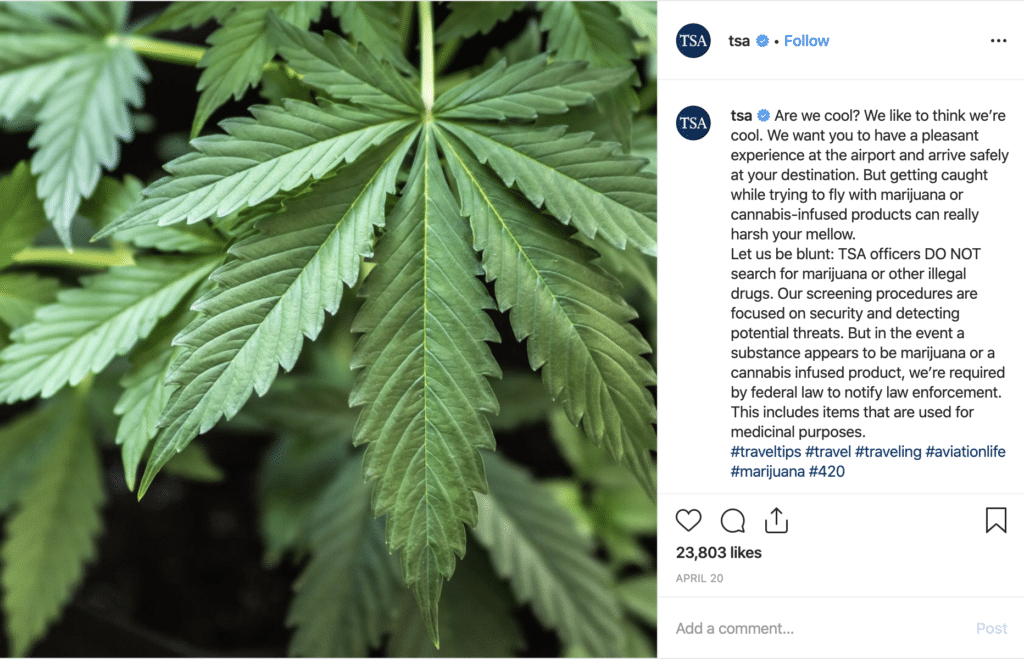 Are we cool? We like to think we’re cool. We want you to have a pleasant experience at the airport and arrive safely at your destination. But getting caught while trying to fly with marijuana or cannabis-infused products can really harsh your mellow.

Let us be blunt. TSA officers DO NOT search for marijuana or other illegal drugs. Our screening procedures are focused on security and detecting potential threats. But in the event a substance appears to be marijuana or a cannabis-infused product, we’re required by federal law to notify law enforcement. This includes items that are used for medicinal purposes.

The TSA website also includes some equally conflicting information, stating that medical marijuana is allowed in checked and carry-on bags under certain circumstances:

So what happens if TSA stops you for medical marijuana possession in a state where cannabis legal?

According to Los Angeles Airport Police, which operates at Los Angeles International Airport and several other Southern California airports, not much:

Because it is not a crime.

If the TSA calls us [about finding marijuana], we’d go up and make sure it is within the legal quantity. If it is, we’d just stand by while the passenger decides what to do with it. TSA may not want it to fly, but that doesn’t mean it is illegal in California.

The airport is basically wanting to make sure that if the federal government comes to make a determination that the airport is following all federal laws and regulations, we can say, ‘Here’s our policy, we are following federal law.’

Marchena also made it clear the airport itself does not do law enforcement. As the Orlando Sentinel notes:

Who would make an arrest, if anybody, is not clear.

TSA spokeswoman Sari Koshetz stresses that medical marijuana possession is not a pressing matter. If a large amount of marijuana is found during security checks, that discovery will be turned over to law enforcement, including possibly federal agents.

However, as Koshetz explains: Small amounts are referred to local authorities.

And for Orlando travelers, that’s a good thing. According to Orlando Police Department spokesperson, Michelle Guido:

The Orlando Police Department will take no action in the event that someone is lawfully carrying medical marijuana in accordance with Florida statute.

Moral of the story? You likely won’t go to jail if TSA finds legal marijuana in your bag before boarding, but – unless you want to throw away your medication or miss your flight – leave the cannabis at home.

In a little known controversy, the TSA temporarily allowed passengers to fly with medical marijuana  – for an hour and 55 minutes.

At 9am on April 10, 2017, the TSA briefly changed their What Can I Bring? website page to feature a green “YES” by “medical marijuana”. The accompanying message read:

TSA security officers do not search for marijuana or other drugs. In the event a substance that appears to be marijuana is observed during security screening, TSA will refer the matter to a law enforcement officer.

However, when popular news outlet Leafly contacted the TSA for more details, the website quickly changed. At 10:55am the reference to medical marijuana disappeared completely. The change happened a few minutes after TSA public affairs manager Lorie Dankers provided Leafly with the following quote:

TSA’s response to the discovery of marijuana is the same in every state and at every airport – regardless of whether marijuana has been legalized in a state. TSA’s focus is on terrorism and security threats to the aircraft and its passengers. TSA’s screening procedures, which are governed by federal law, are focused on security and are designed to detect potential threats to aviation and passengers.

As has always been the case, if during the security screening process an officer discovers an item that may violate the law, TSA refers the matter to law enforcement. Law enforcement officials will determine whether to initiate a criminal investigation or what steps – if any – will be taken.

At 11:45am, “medical marijuana” reappeared on the website with its current rules/prohibition.

The TSA also supplied Leafly with the following information:

The passenger’s originating and destination airports are not taken into account. Airport law enforcement will be notified if marijuana is discovered by a TSA officer during the security screening process of carry-on and checked baggage.

Whether or not the passenger is allowed to travel with marijuana is up to law enforcement’s discretion.

CannaMD will keep readers updated on any future changes.

Wondering if you qualify for medical marijuana treatment? Find out for free today!